Thinking Back, Thinking Forth 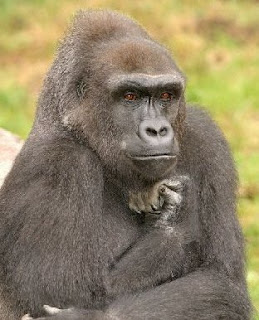 A year ago, Greg invited me to join the FAC blog and so far it has been a very fun experience. I haven't had the chance to meet all the conscripts out of virtual reality yet (including Greg!) but I will endeavor to correct the situation in 2011.

Some thoughts about the projects I worked on in 2010:
1. Trafalgar (1/1200 sail ships). Back in January, I initially estimated that this first project would take me a whole year to complete. Fortunately, it was done after 8 months. This project is my greatest achievement of the year. And for the first time I set myself a LIMITED and clear goal: to collect ONLY the ships necessary for the battle of Trafalgar, as opposed to spending years collecting as many models as possible for just one game system. Witnessing the great variety of miniatures on the blog certainly brought a positive change in my collecting habits. Indeed, it allowed me to enjoy a greater variety of eras and rules.
2. Wood Elves (28mm). I still have 12 more models to paint before officially completing this project, and these will be done as soon as the kids are back to school/daycare. Since it is one of the most played game in the world, I thought that collecting a Warhammer(tm) army would be a great way to meet new players. There are more posts about the Wood Elves then there were about the sail ships. Painting miniatures is in itself a solitary activity, but I found that the opportunity to impose on others pictures of my freshly made "chef-d'oeuvres" through the blog made me very happy (I know, it's weird, I should get out of the house more often).
3. French village (6mm). This project is already 2/3 done, thanks to the hype created by the painting challenge. After playing Flames of War for some time, I found that 15mm is definitely not a satisfactory scale for tank engagement. It's still good for infantry battles though. I want to have tank battles in 6mm and nice scenery is always a good ingredient to an enjoyable gaming session.
4. Aspern Church (28mm). One more building in this ongoing project. Ah, there is something magical about working with paper and white glue. I really enjoy making scenery.
5. BattleFleet Gothic (1/2400??). I love naval battles and the "cathedral" look of Imperial ships found a convert in me. Later in the year, I bought a painted Eldar fleet on Kijiji. I did not have an opportunity to organize an encounter of the two fleets yet, but it's on my program for 2011.
6. WW2 (1/2400). Just a few WW2 ships painted for the battle of Montevideo.

What I plan to work on in 2011:
1. Napoleonic Russians (28mm). In order to have a significant force, over 120 models need to be painted. It will certainly take a big chunk of the year to complete this project. Curt promised to complement my army with some of his own Russian units, including some Cossacks. Lots of fun battles ahead. If Greg could bring his Austrians, we would be able to recreate a mini Austerlitz.
2. Aspern Church (28mm). In regard to building, the project is more than half done, only the crypt and the fence need to be erected. I will wait until it is warm enough to work comfortably in the garage. The big power tools which make so much dust will come in handy for making the fence.
3. Scenery (6mm). I will simply finish the project started in 2010. It should not take too long. Some storage boxes for the scenery are also on the "to do" list.
4. 40k army (28mm). After seeing Dallas' Tyranids, Greg's Elysians, Dave's Eldars, Mike's Space Marines, etc., I wished I had an army of my own for some fun games in the wonderful(tm) world(tm) of Warhammer 40k(tm). I will start giving it some thoughts when project no1 nears completion.
5. For further projects in 2011, I have no lack of ideas, but I will "wisely" wait and see which one will impose itself as most appealing. For sure, in 2013, I want to start a "Verdun, 1916" French Army project in anticipation of the centennial of the beginning of the Great War in 2014. I would like to build Fort Douaumont, one of the most dramatic focal points of the battle of Verdun.
Posted by Sylvain at 2:21 PM

Judging by your recent production, I don't think we'll have to wait long to see that 40k army.

Quit musing and get to work on your Russians.

I definitely encourage the Great War project, as my late-war Germans would love to have something other than British/Canadians to fight against!

Judging by your painting pace Sylvain, you should have all of this knocked off by March...