A couple of updates from the ongoing 40k Imperial Guard cleanup/improvmeent - a minor one first. My "retro" force of Rogue Trader guys were painted about five years ago. I modified old Lascannons to be absurdly large so they would fit in with other "current" heavy weapons, but they were still based individually.

Eventually, the rules 40k changed to mandate that heavy weapons for the guard are all two-man teams. I hate that rule, but whatever - it is what it is, and I am thinking that it was time the Rogue Trader guys were "legalized", so I popped guys off their old bases and re-based them as two-man teams. 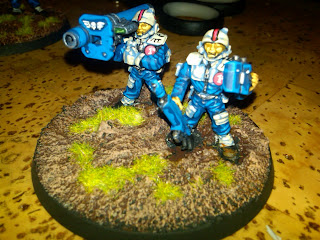 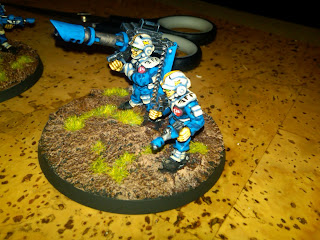 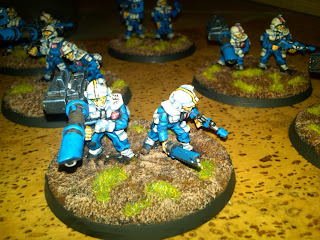 Now they will be ready to rumble "legally" - perhaps during an approaching Apocalypse game?
Posted by Greg B at 8:45 AM