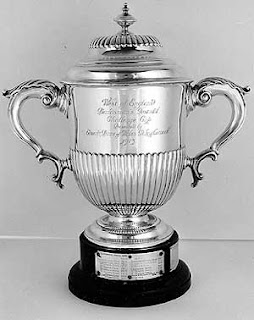 Well, it's January 1 and that means the Painting Challenge that has consumed the free time of Conscripts everywhere has come to an end.  The final tallies have been tabulated from the flurry of emails that arrived ever-closer to midnight last night, and the winner can be announced...

It is none other than original (and founding) Conscript Curt.  Congratulations!  May the sweet aroma of victory help dissipate the stench of Testors Dullcote permeating your residence!

Here are the final standings (and snarky commentary from yours truly):

Curt: 200 (but strangely, no points allocated to "sandbags" with 58 points coming within hours of the end of the Challenge ;-)

Mike F.: 76 (I'm sure you got heartily sick of painting peasants, especially considering their value on the game table)

Frederick: 27 (came in with a nice increase yesterday)

It was a fun challenge for sure.  I think it really spurred us on to get stuff painted and on the table, and that's what the club is all about.  Among the lot of us we painted the equivalent of over 1,000 28mm models in three months, and that's pretty good going.  At least the retailers we frequent will be pleased!

Gotta hand it to Conscript Curt for his amazing production.  When you consider that the great majority (if not all?) of those 200 models were Napoleonics, with their attendant highly detailed uniforms, that is a very impressive turn of speed, while maintaining the highest level of quality.  I'd rather paint a Zulu than a Hussar any day!  Well done, my friend.

Congratulations to Curt and many well deserved thanks to Dallas for administering the challenge. It was lots of fun.

Thanks again Dallas for putting this on (and for teaching me the term 'sandbagging' to which I have no comment :)). The Challenge was a great motivator to get stuff off the painting desk. We should do it again but maybe after a bit of a break - I'm completely knackered!

I'll just sit back and enjoy the New Year's turkey, in the rain. Snow leaving quickly.