Last weekend, July 11-12, I played at my last tournament of the 2009 season, Astronomi-con Winnipeg 2009. There were lots of players from out of town (Seattle WA, New Westminster BC, Vancouver BC, Toronto ON, Windsor ON, etc.) plus a lot of new locals.

Here's some of the armies that caught my eye during the proceedings. My apologies; I did not get photos of as many armies as I wanted.

(Remember to click on the images for larger sized pictures.)

Mario Rocha's Ultramarines - heavily converted with an amazing display base. 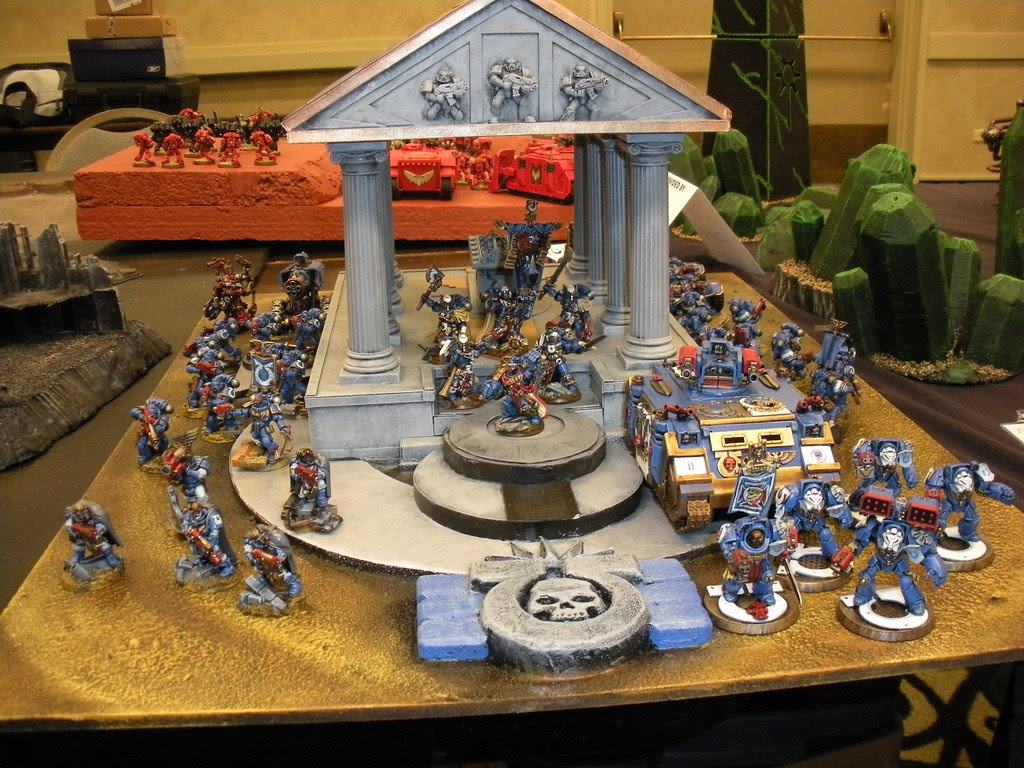 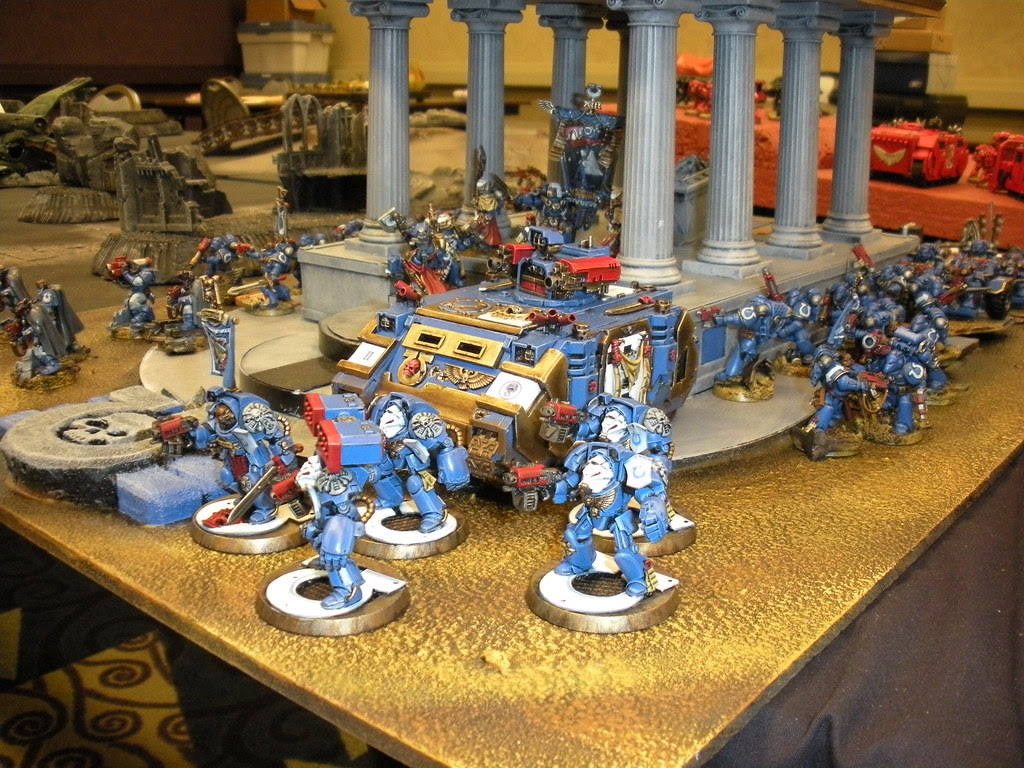 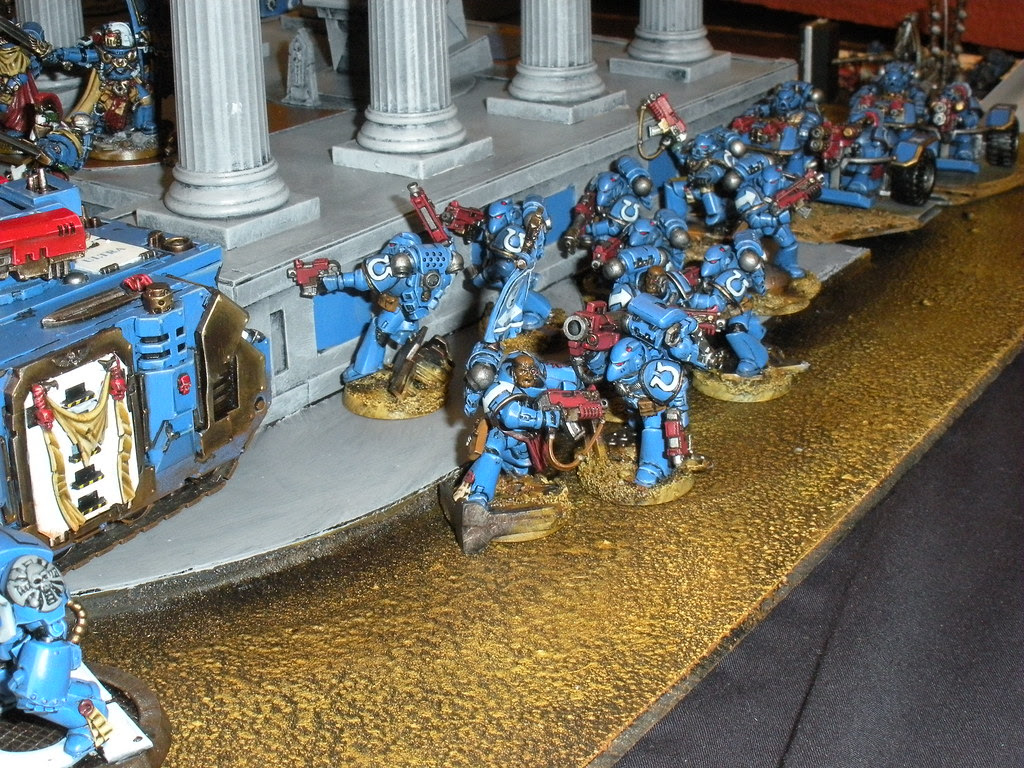 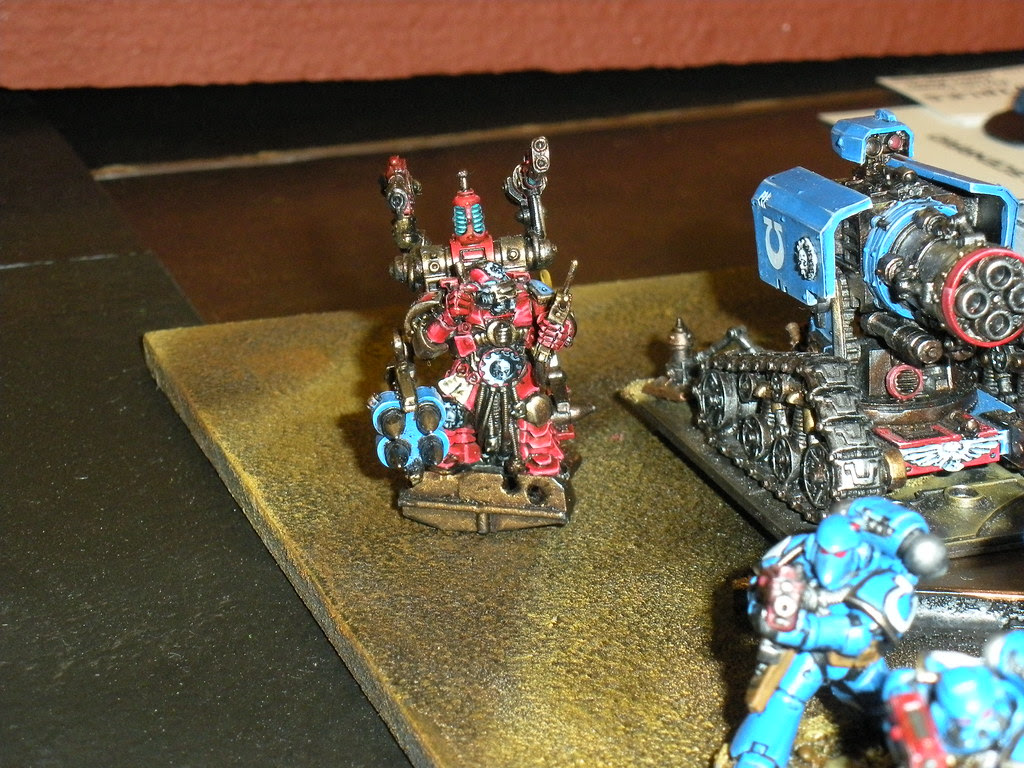 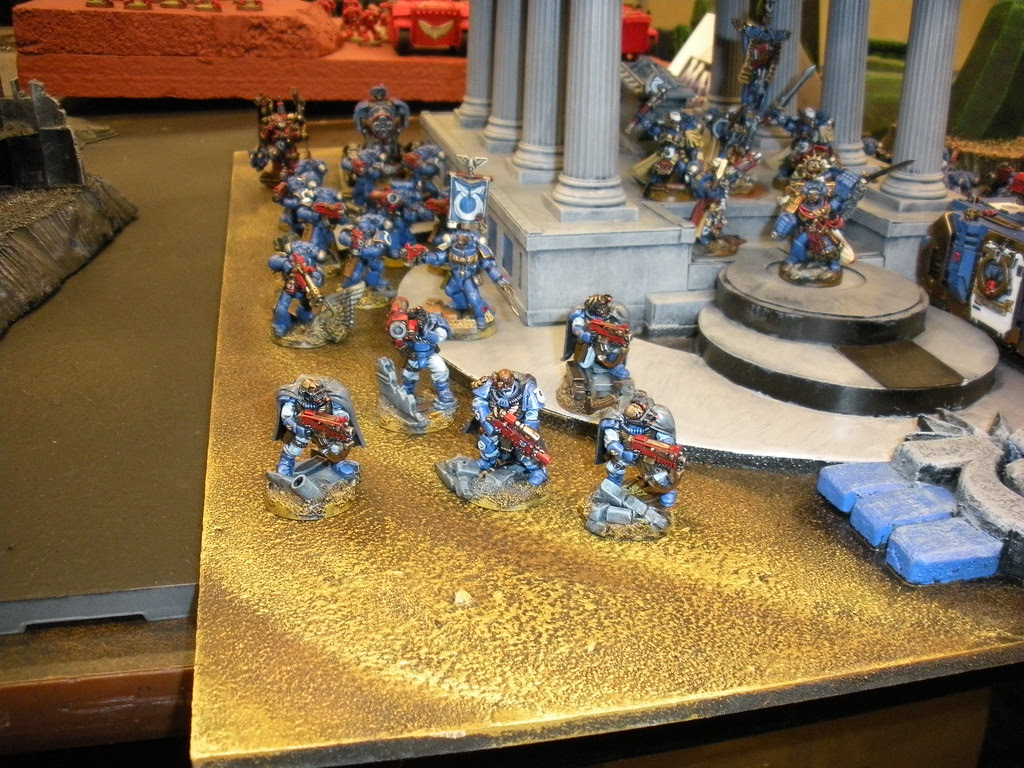 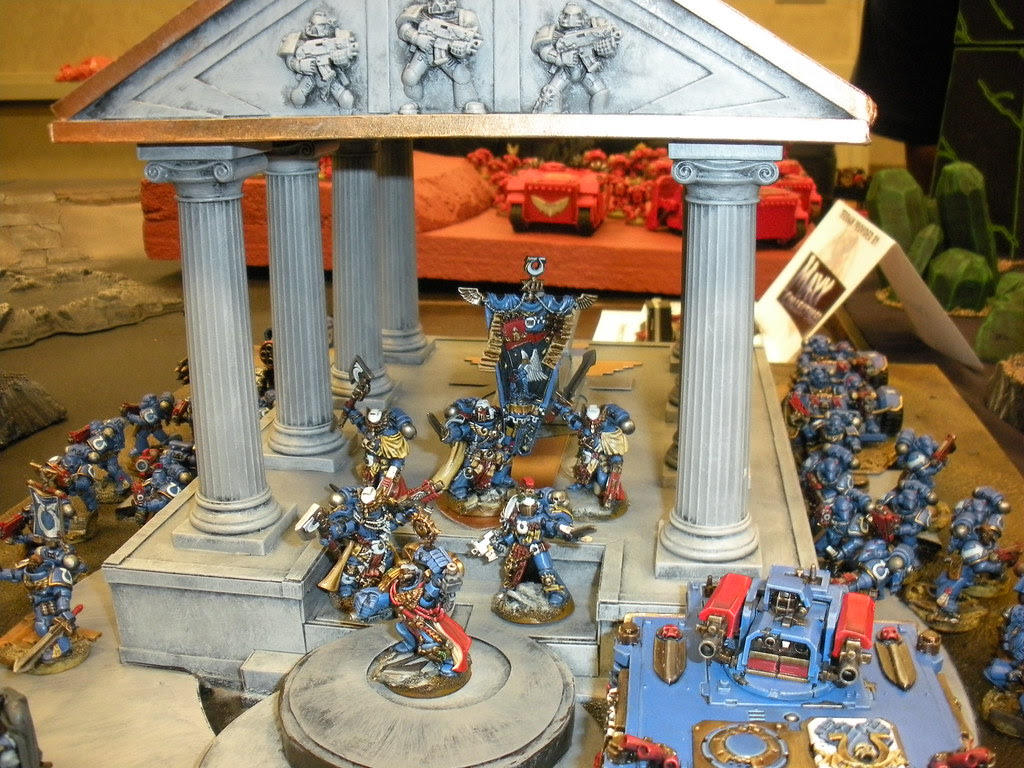 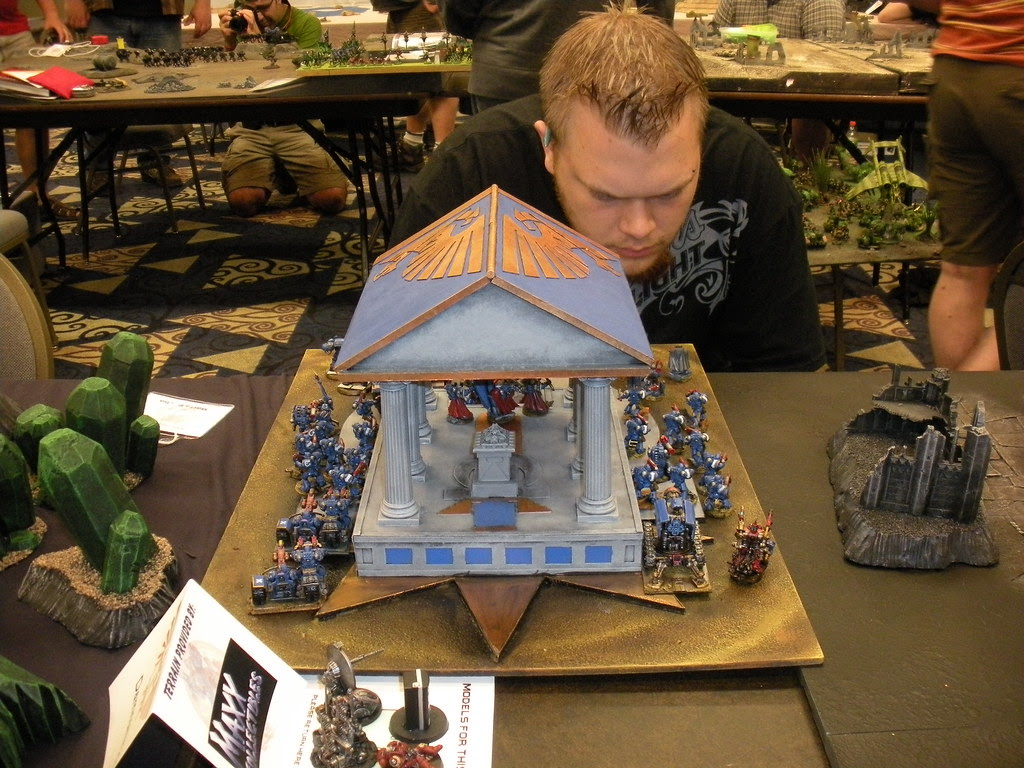 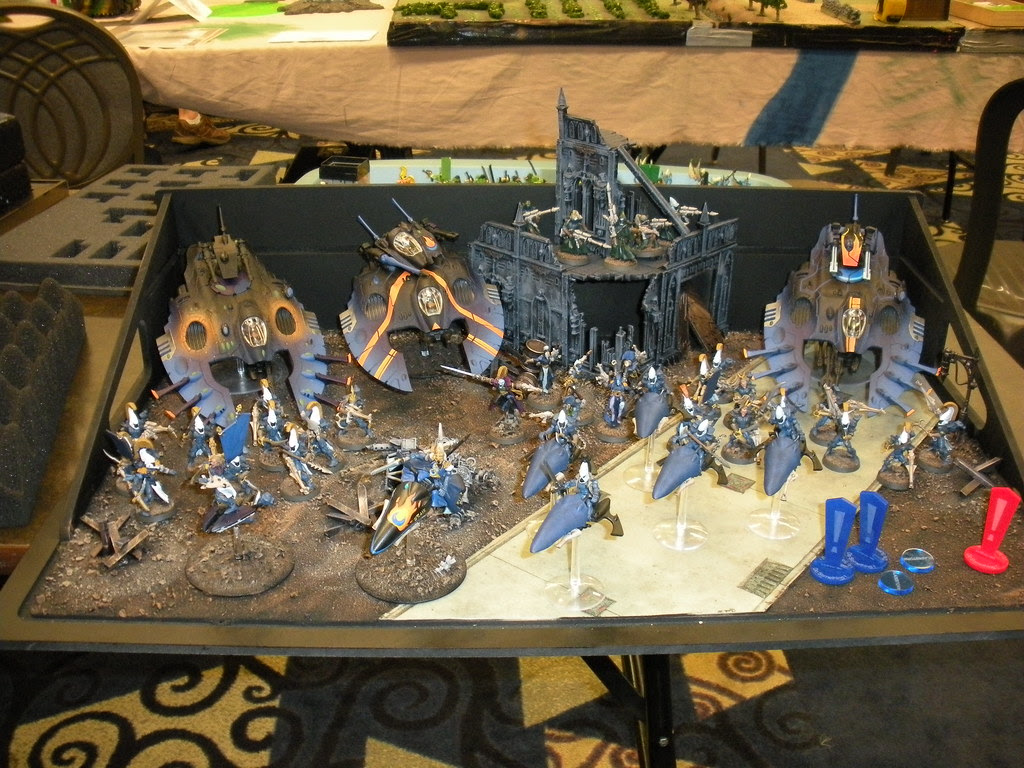 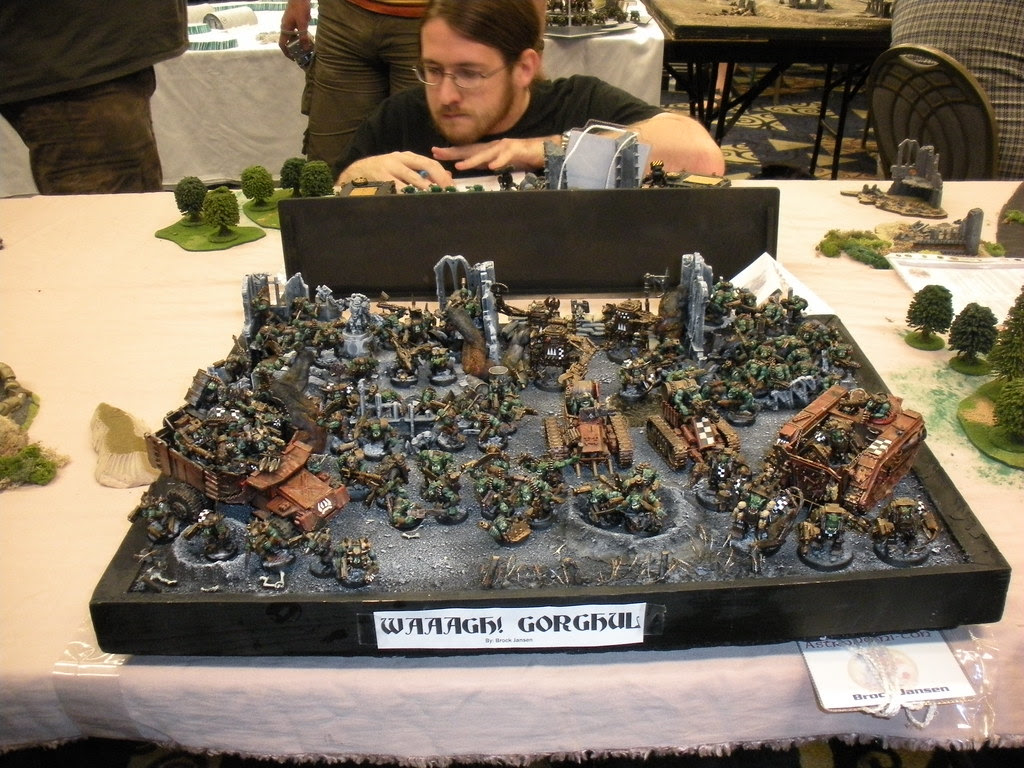 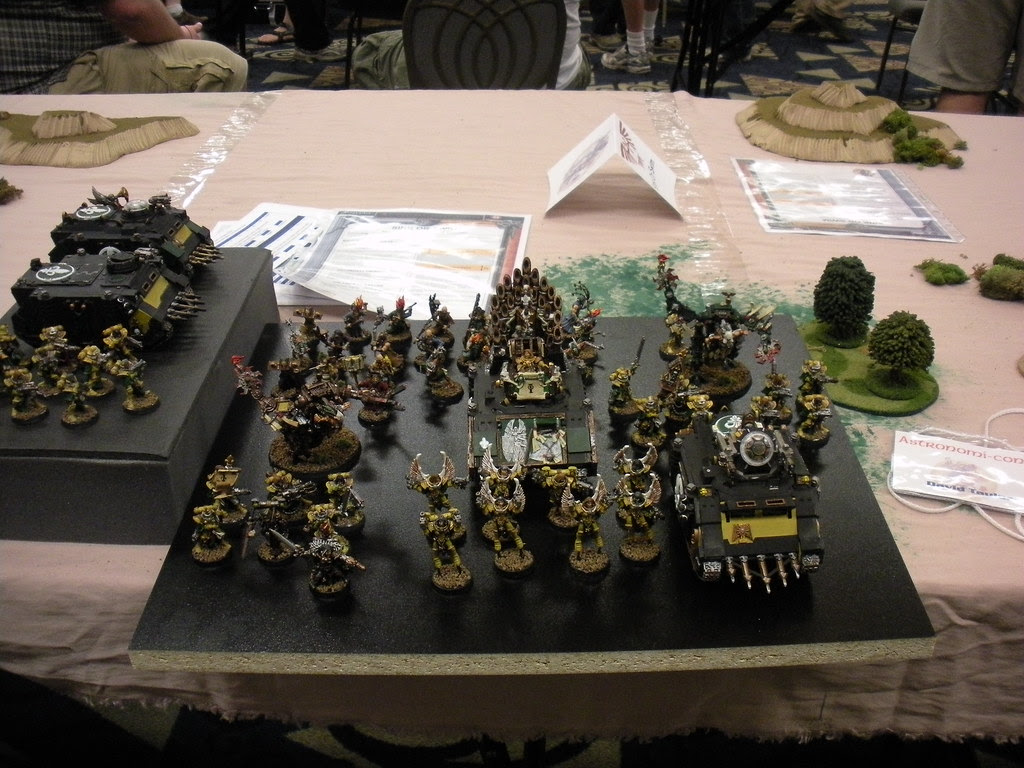 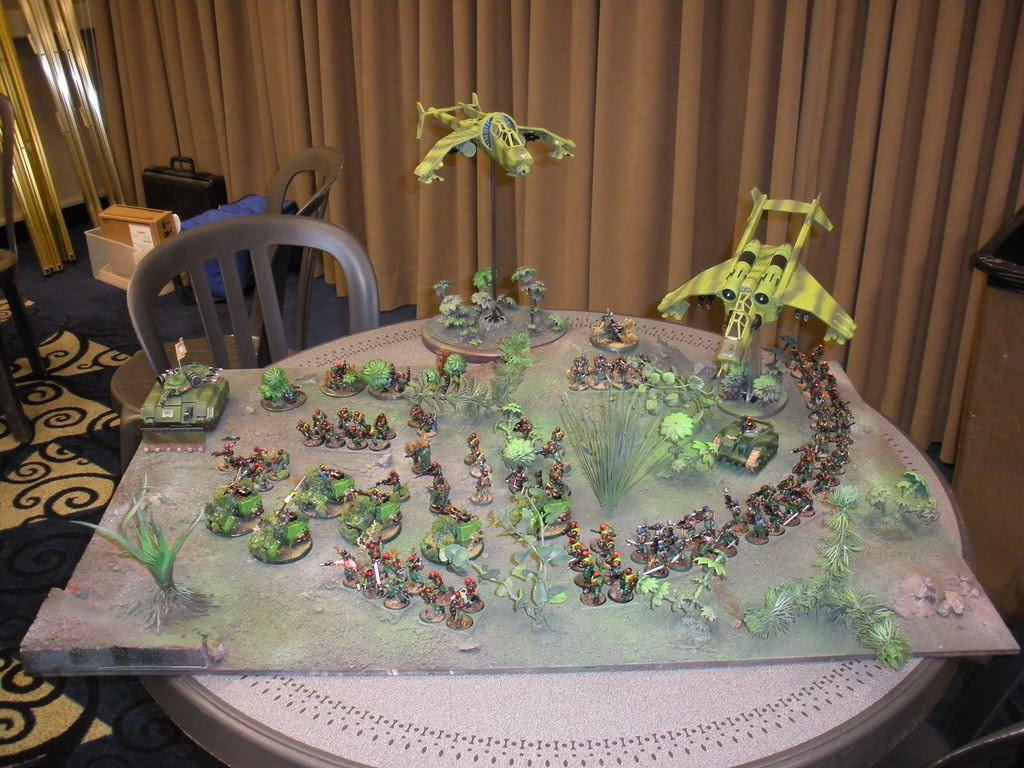 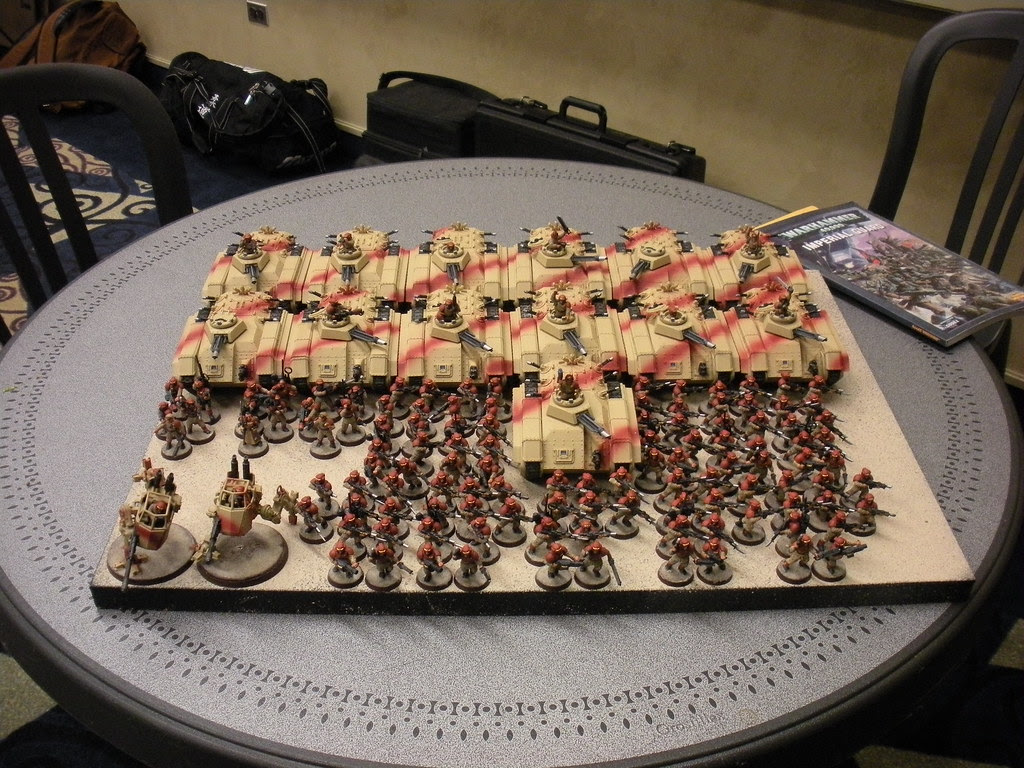 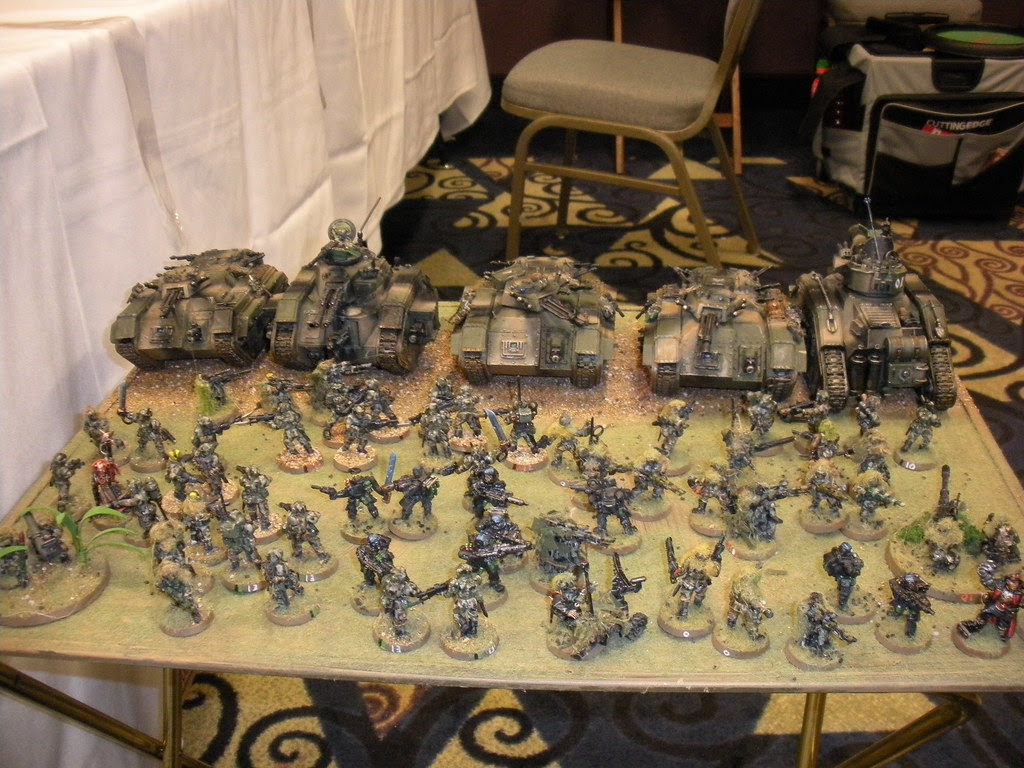 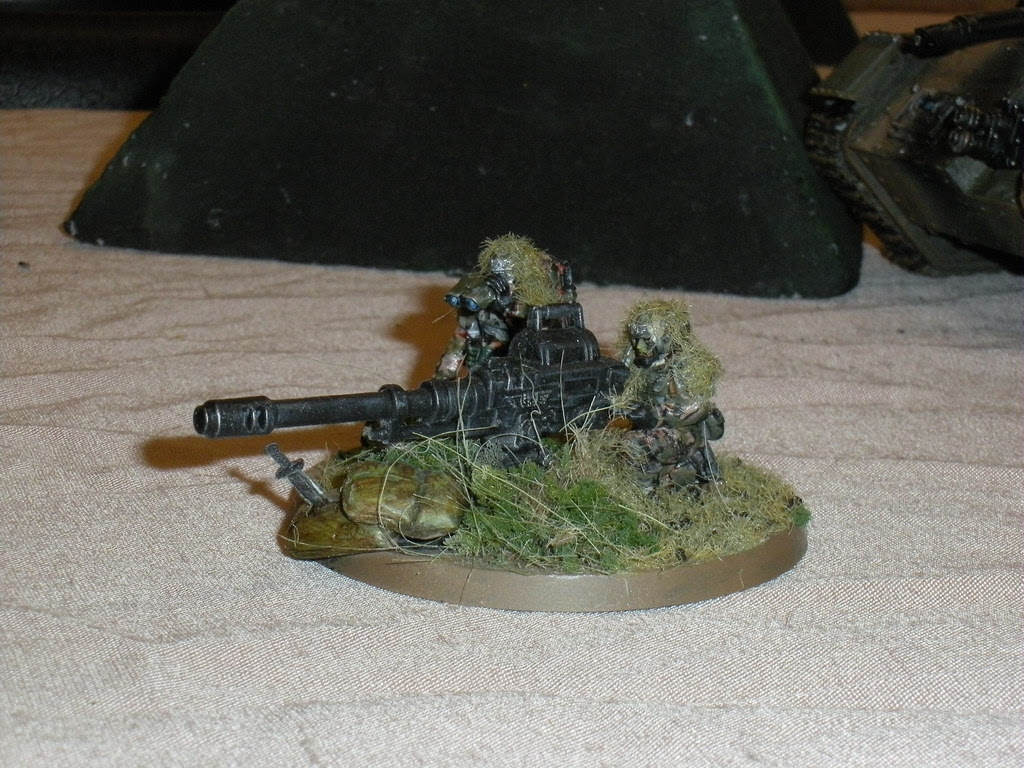 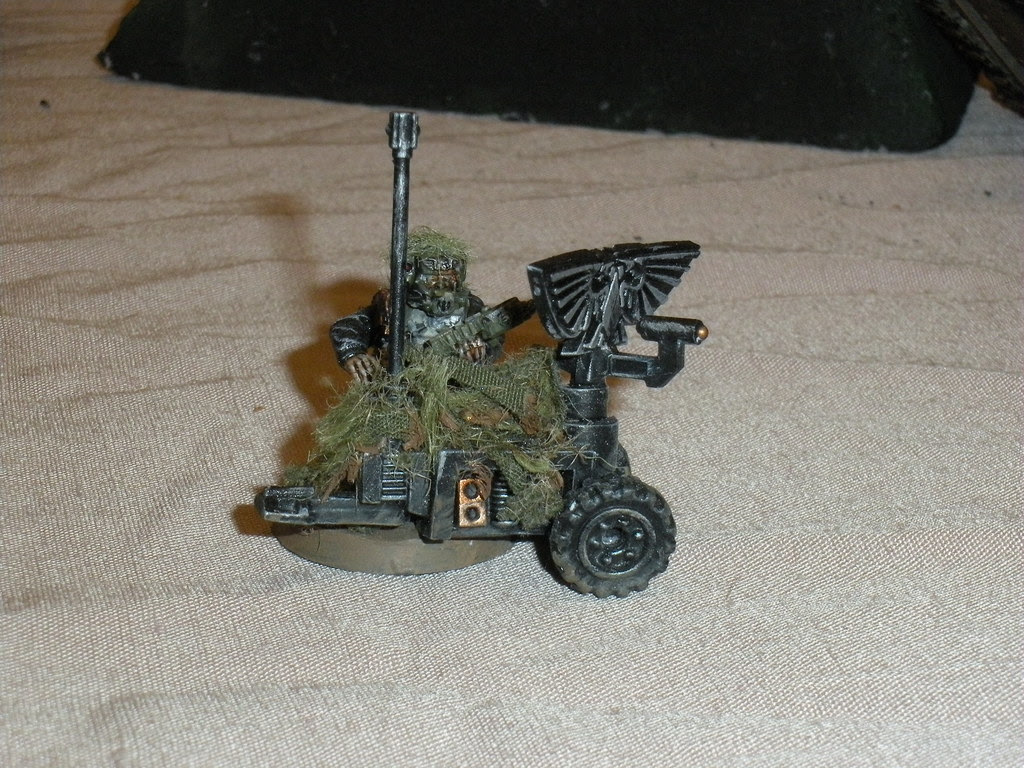 Battle reports for all six of my games, plus photos, will follow soon.
Posted by DaveV at 2:11 PM

My bias against the giant displays remains, but when I see Mario's stuff, I have to say "wow!"