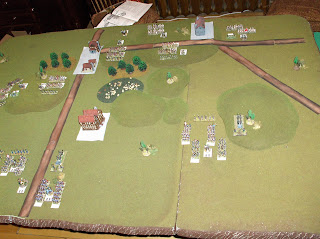 The battlefield from the French perspective: town of Vimiero is at upper left (the two-sector town) 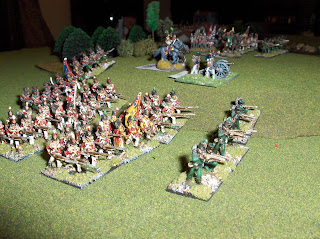 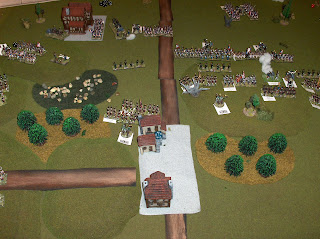 British brigade (centre of photo) moves to cover the approach to Vimiero. 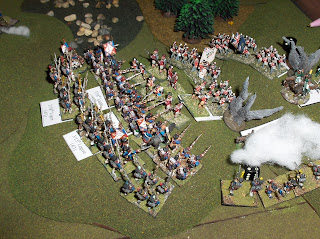 Chaos as the French brigades smash into their opponents on high ground to the east of Vimiero. 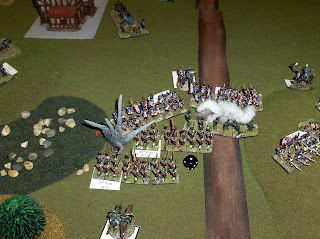 Here are some photos to accompany Greg's excellent battle report, below. Good times for the French. For the British... not so much.
"Not your fault, Sharpe. Not your fault at all."