Shamed by Dallas's recent postings of rapid progress on different projects, here are some new additions from my work bench.

This is a 1/56 scale BRDM AT-5 "Spandrel" ATGW vehicle used by the Soviet-era forces for anti-tank duties. The model is from Sloppy Jalopy, a company with which I have a 60/40 love-hate view. The figure beside it is one of the "Chemical Commies" from Eureka's 25mm Soviets in NBC gear line, and it gives you an idea of the size of the model. 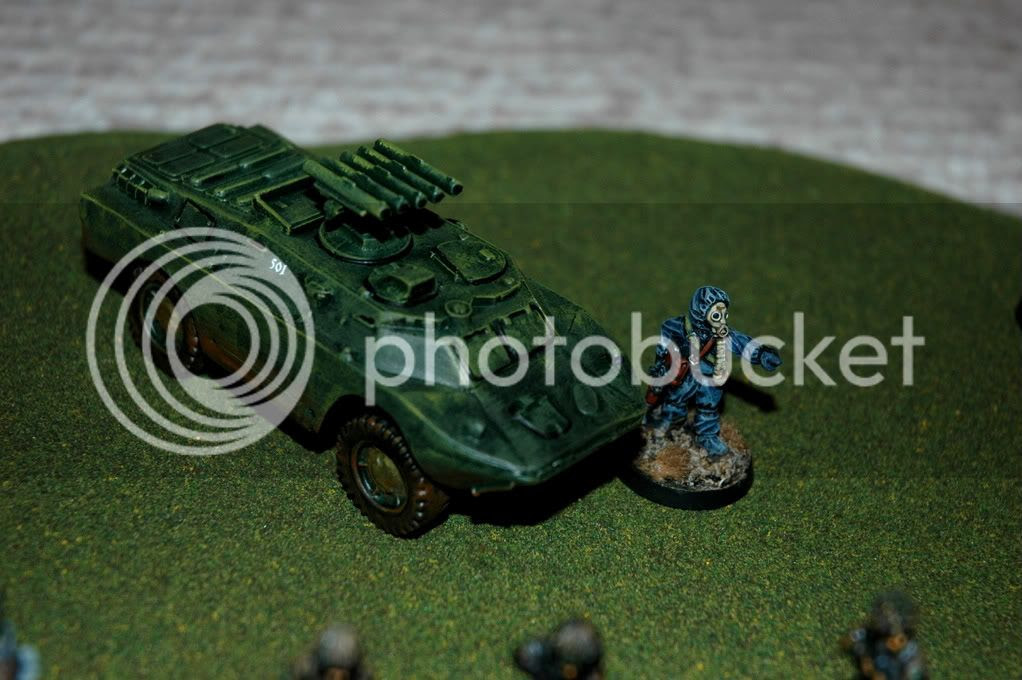 Another big project has been to complete some British Army Of the Rhine (BAOR) figures. I can't even recall why I ordered them at all - probably to get the brits into the modern gaming, but then Mike F came into it in a big way, so I lost momentum. I had finished about 10 of the guys last year, and then found another 24 or so in my "pending" box. I don't really need them, but hey - why stop now?

They are from Mongrel Miniatures, and are appropriate for the 80's era. The lineup is great - they have everything from GPMGs and mortars to recoil-less rifles and MILAN teams. Compared to Eureka's half-job on the Bundeswehr line (lots of MGs, no ATGW, mortars etc) it's awesome. Only problem is that a key supplier of vehicles for this scale and army - Chieftain models - appears to have gone completely off-line recently. In particular, Chieftain provided things like Chieftain tanks (appropriately enough) as well as Scimitar recon vehicles. Sloppy Jalopy can provide FV-432 APCs, so I will probably get some of those at one point, but without armour, they will have to rely on the MILANs. 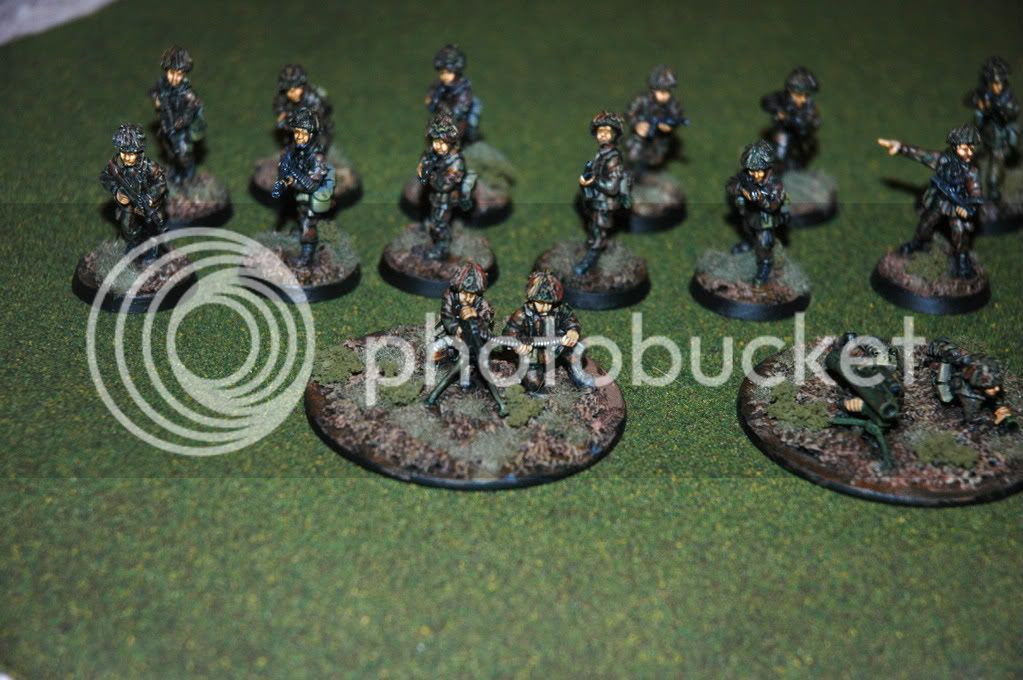 Here is a work-in-progress of the "Swingfire" ATGW I ordered from Chieftain a year ago. It is the only vehicle I have to support these guys. Keeping with the finest British vehicle tradition, it is pretty awful - sardine can small, like a modern version of a Bren carrier with MILANs. Still, it should help against the Russian tanks. 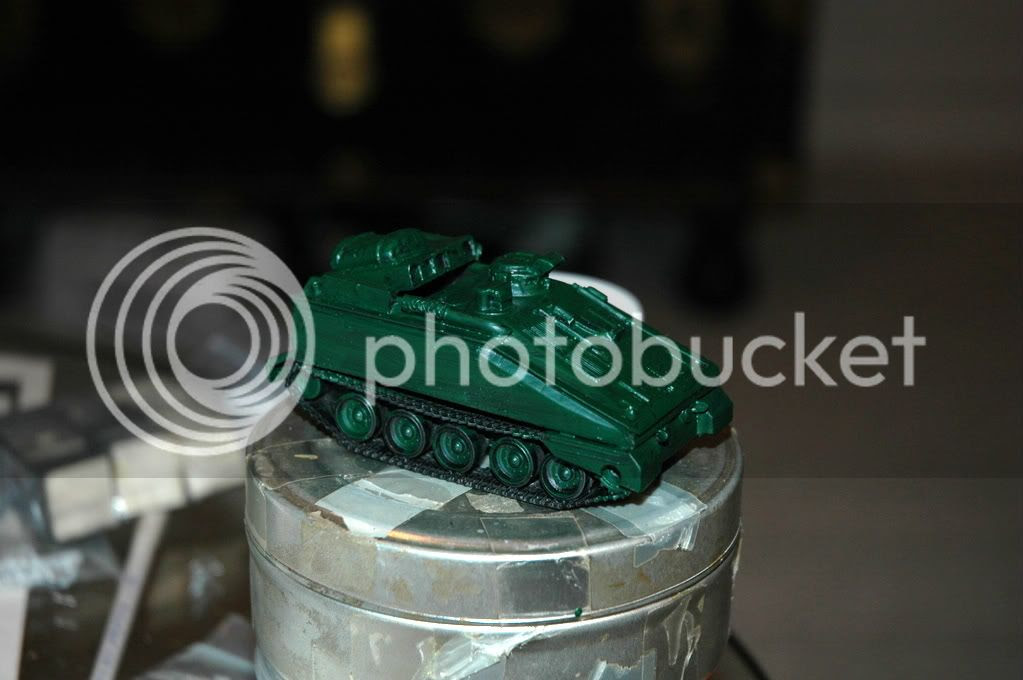 It would be fun to use these guys for a "Berlin 85" or something like that. Still, Mike F has a much cooler modern Brit layout in terms of infantry with tanks and APCs, so maybe I will try to get these guys involved in a Falklands game. After all, I think the MoFo guys do a range of Argentine Marines, and you would not need vehicles for the Falklands.

Last but not least, I have been working on 15mm WW2 stuff for the desert. I started three years ago with the Afrika Korps guys, and have a substantial chunk of them done, and have recently moved on to the 8th army. The Brits will now have some Vickers MGs to back them up! 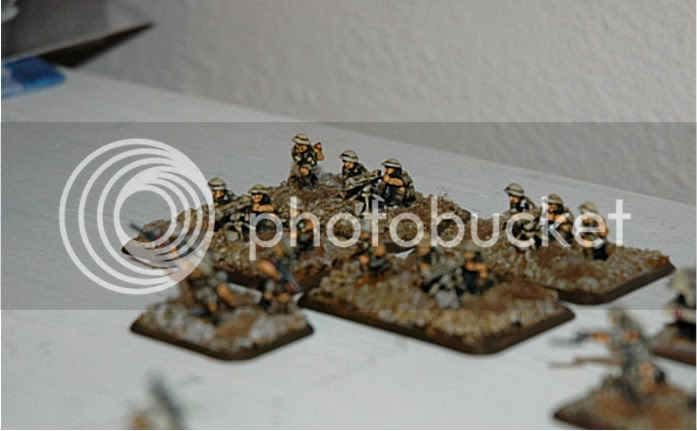 I find that the more I paint infantry models by Battlefront, the less I like them. I utterly despise the foot-thick wad of pewter at the base of every casting (makes basing much harder than it needs to be), and the features are bizarre. On the other hand, their range is pretty complete, it's easy to get, relatively cheap in some cases, and until I can sculpt my own figures, maybe I should just shut up?

Anyway, I hope to have these sorts of things coming to a table near you all very soon! Since it's so frigging cold, I look forward to some battles in the North African desert in particular.
Posted by Greg B at 9:04 AM

Great stuff, Greg. Looking forward to a scrap with the Desert War stuff.