So after cleaning the house on Sunday, I was looking for something to do. Inspired by fellow blogger Ethics Gradient (http://anotherslipperyslope.blogspot.com/), I'm starting (in a limited way) some Imperial and Ork airforces in Epic scale. On Saturday I had bought a pack of Epic Ork Fighta-Bommas at a local shop and I decided that this would be just the thing for a Sunday evening project.

I'd also decided that the "theme" of my air forces will be based on the jet fighters of the Korean War. I always really liked the look of the Mig-15s and F-86 Sabres and I have already collected and painted a lot of 1/300 Korean War aircraft, so it was a natural!

The Orks will be the North Koreans, of course. Even the design of the Fighta-Bommas lends itself to this, they have a very "cockpit-forward" orientation and a chunky design that puts me in mind of a MiG. Plus, the Orky red colour scheme suits a North korean theme, too.

The Imperials will be the Americans. I haven't decided whether to paint the Thunderbolts in a bare-aluminium Sabre scheme, or to go with something a bit different. The design of the Thunderbolt, with its very long nose and its cockpit at the base of the rear fin, reminds me of the Corsair... so a US Navy blue scheme is an option. But Corsairs weren't jets, so that would screw up the "1950s jet combat" angle. I'll likely paint a test shot in aluminium with yellow accents, similar to the Sabres in Korea, before I finally decide.

Anyway, here are some Ork planes: 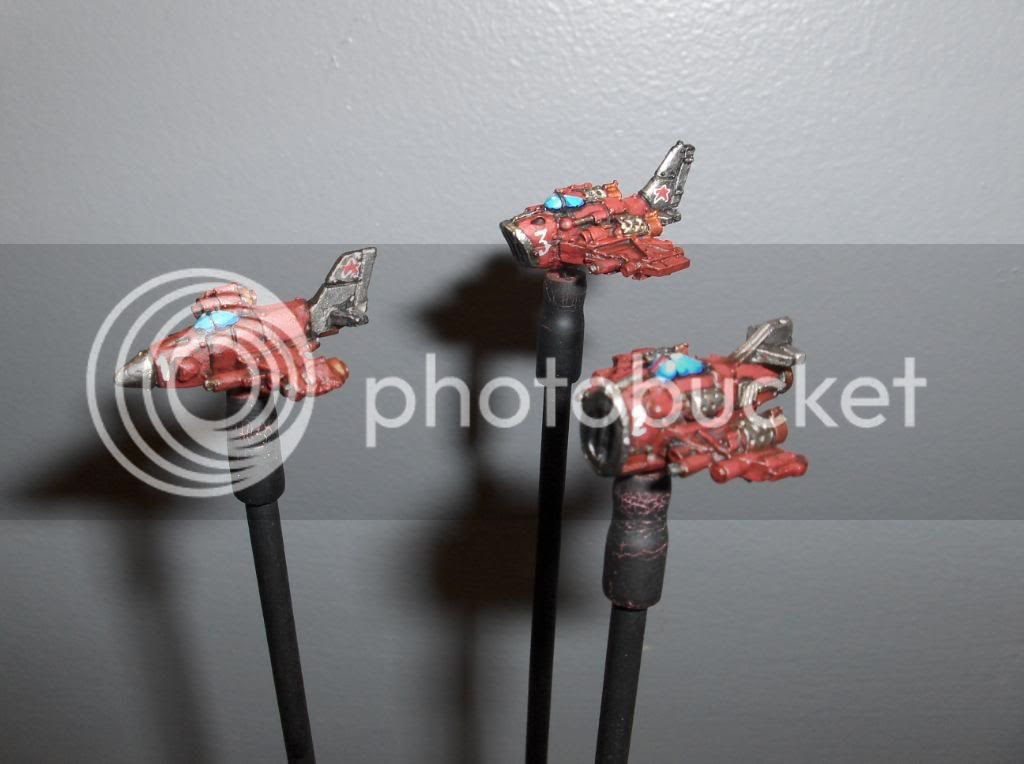 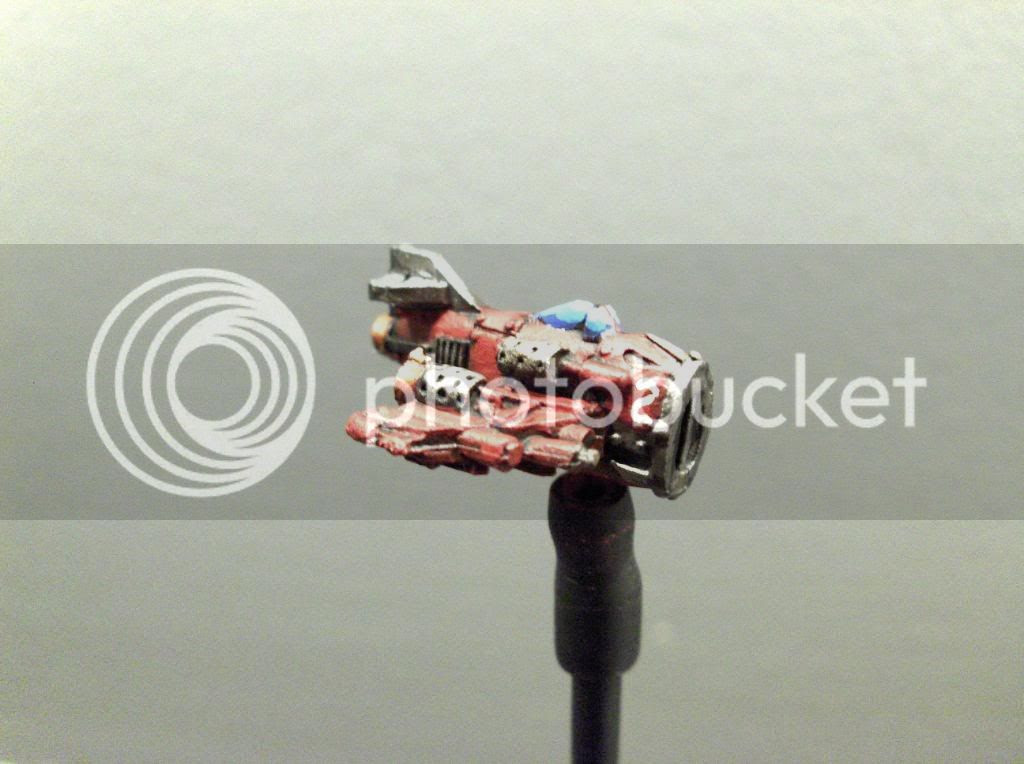 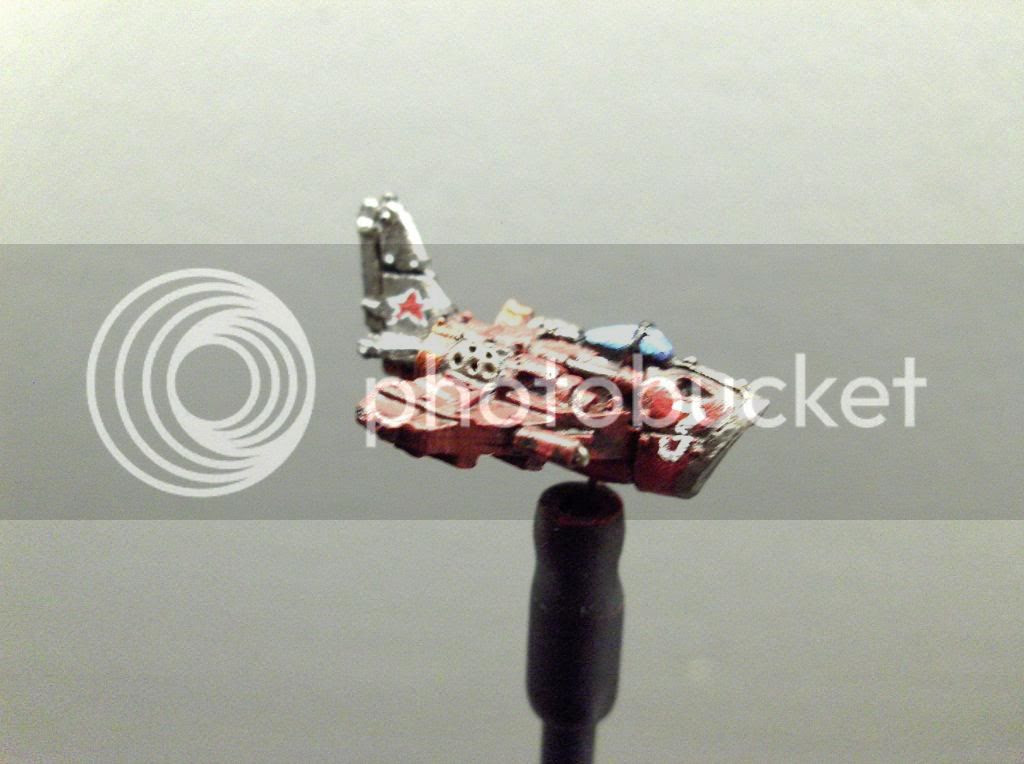 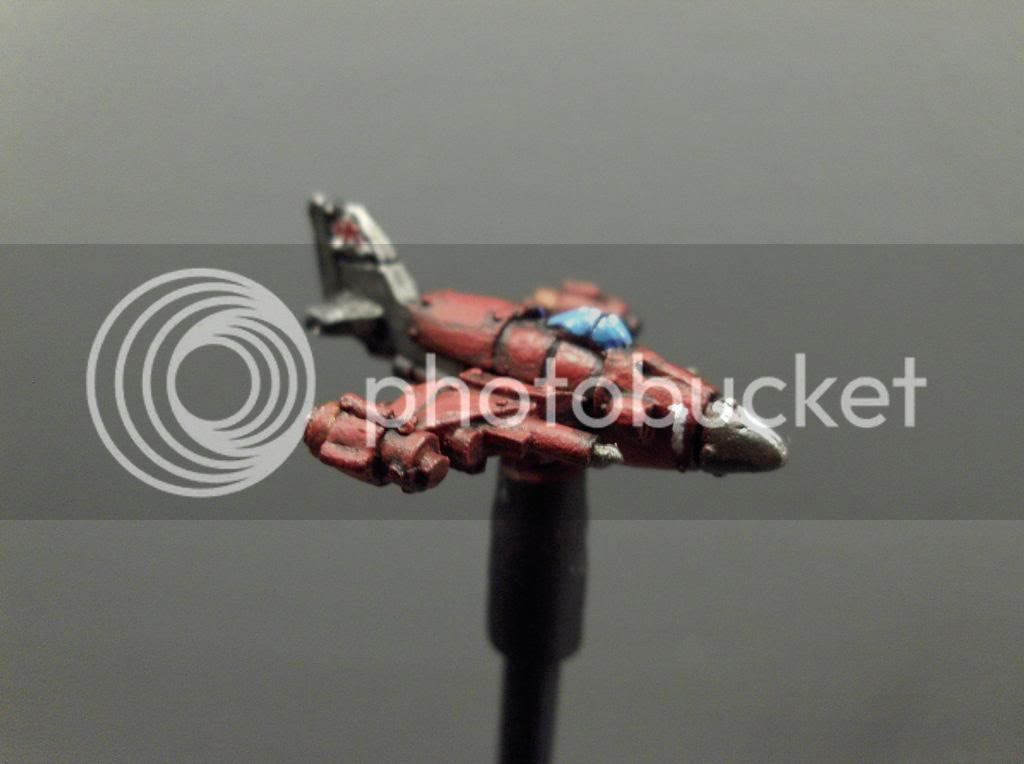 Of course, after painting the planes I still felt like doing something hobby-related, so I decided to make some 6mm terrain out of old junk I had in my bits box. This will also further my Epic air force project as they can be used for objective in bomb runs, etc.

The structures represent chemical plants, power facilities etc. I used some bits of old model kits (mainly engine parts for 1/48 tanks that I never used, because I don't display the engine), some plasticard, and a few safety caps off syringes and old insulin vials I had around (the cat is diabetic). Here's what I ended up with, before priming and painting: 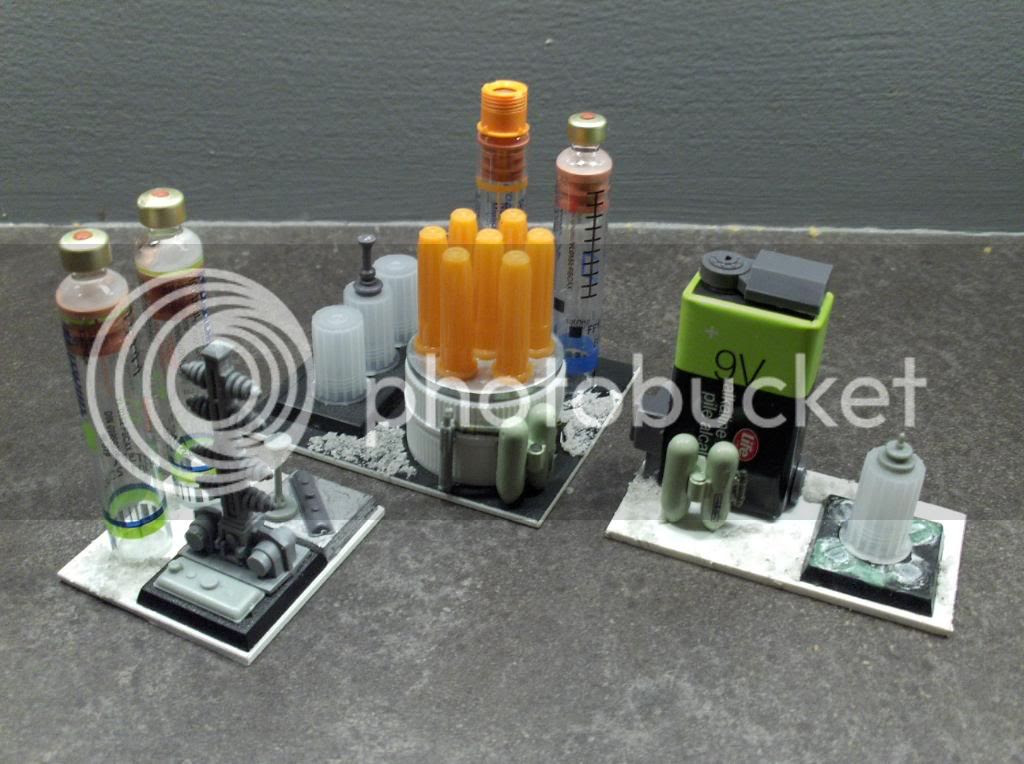 and with some Epic-scale building for size reference: 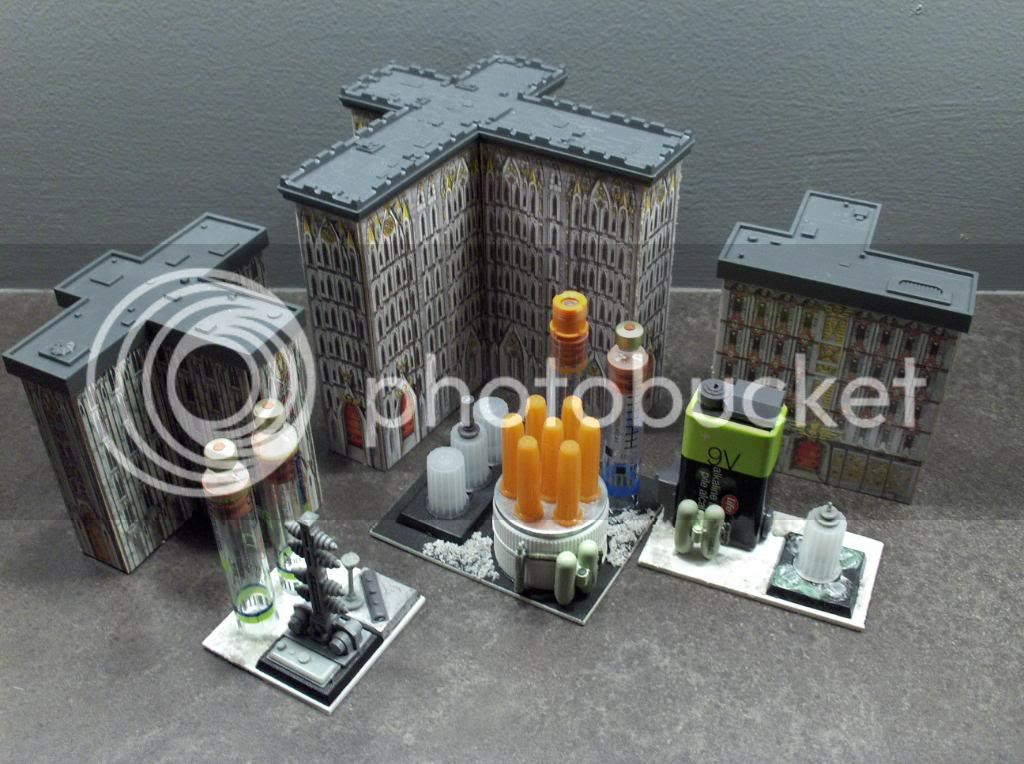 Thanks for the plug, glad it's had some use! Nice work on those fightas, the Mig look really suits them. I did a couple of The metal thunderbolts in a metal finish, based on a P51 Mustang, not that different to a Sabre (and still in use at the start of the Korean War). I was quite pleased with the result, but the nose definitely needs to be in different colour (I used blue). Like the corsair idea as well though. If I can dig out some photos I'll post them. Wish all my lazy Sundays were so productive!

Cool! Can't wait to see that on the table.

Also Dallas - as an added warning - an Epic air force can easily be enhanced with Epic ground forces...and you do have that Chaos stuff...