A while ago I picked up an early war Polish force from the Warlord Games 28mm Bolt Action range. The original plan was to have it ready for the 80th anniversary of the start of the Second World War. It got based and primed, but then stagnated until recently. So here is the final result. 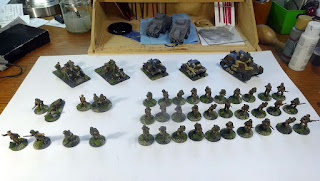 1 7TP tank - A development of the British Vickers 6-ton light tank the Polish 7TP saw combat in the Defence of Poland in 1939.  Although significantly better armed than the German Panzer I and Panzer II, the 7TP was never fielded in enough numbers to change the outcome of the war. This is an early version of Warlord Games resin kit which did not come with the exhaust at the back, so I scratch built one. 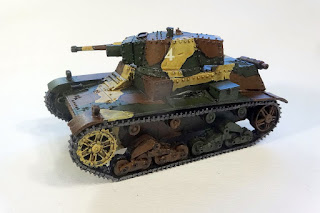 2 TKS tankettes, one equipped with a 20mm cannon. Here is a link to a video featuring a full-size replica of the TKS.  https://www.youtube.com/watch?v=LNLxDP0omKs&t=4s 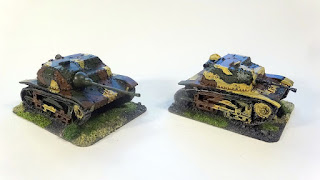 1 HQ consisting of an officer, NCO, medic, and radio man 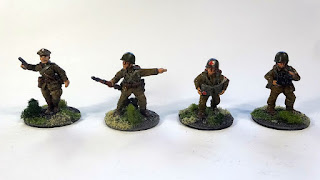 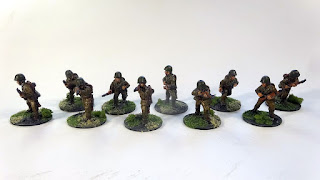 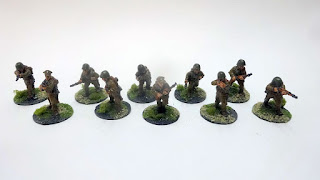 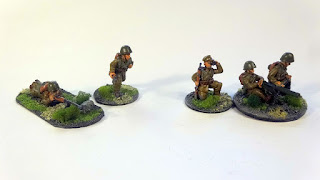 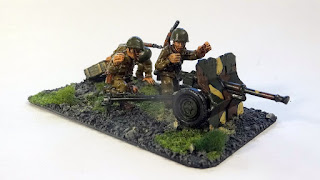 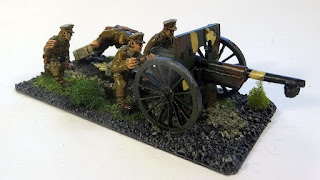 These were all painted using the Flames of War Polish Early War Paint Set and the Army Painter Strong Tone Quick Shade.

With the completion of my Poles, fellow Conscript Dallas and I have been looking at doing some Poland 1939 scenarios from the Bolt Action campaign book, 'Germany Strikes - Early War in Europe'. The first of these involves the defence of the Polish Post Office in Danzig (Gdansk) on 1 September 1939. We have both been working on more early war Germans, as well as some unique support weapons, vehicles, and buildings required for the scenario. More to follow.

On an interesting note, a number of the figure options and sculpts have changed since I first purchased my Poles.

Great work - it is always satisfying to get one of those hobby projects which have been sitting around for a time (goodness knows I have so many of those).

Since posting this, I found a number of YouTube videos, one of a restored 7TP, and an second one of a trio of TKS tankettes running around the countryside. I suspect that the tankettes are replicas rather than restorations, but they still look pretty cool.