Back to my Space Marine Chapter repaint! This batch includes two squads of Terminators. One squad has Thunder hammers and Storm Shields and the other is standard with storm bolters and power fists. I also painted up a Cataphractii Terminator to represent the captain. The model used is from the Calth box I think and pretty common. I think I have at least two others. I added a helmet from an old Chapterhouse head and cut off the face/neck protector thingy. Finally, I added a few Minotaur Chapter insignia to the belt and shoulders. I was going to keep working on the Minotaur's, but I'm out of black spray primer and getting more is a bit more complicated in Manitoba at the moment. I guess I'll have to move on to something already primed. 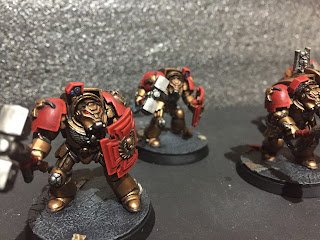 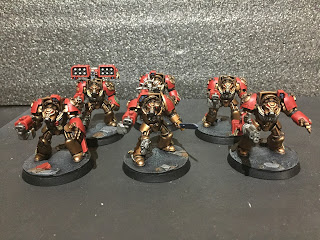 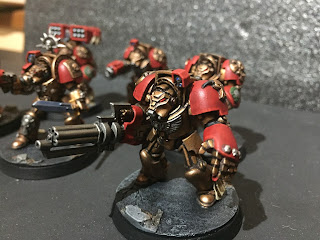 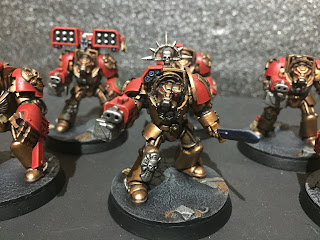 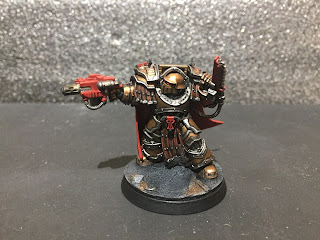 Fantastic work Mike, and the conversion of the Terminator captain from the Calth set looks awesome. I have thought the same thing when it comes to the "necks" on those figures...the sculptors were swinging a bit for the fences there, trying to add a bit more dynamism than that armour would actually allow for. That said, I'm sure the Space Marines don't worry too much about neck strain...

Excellent work! You may be able to find more primer at Walmart or Canadian Tire, both are still open for now... my preferred brand is Rustoleum 2x Ultra Cover.