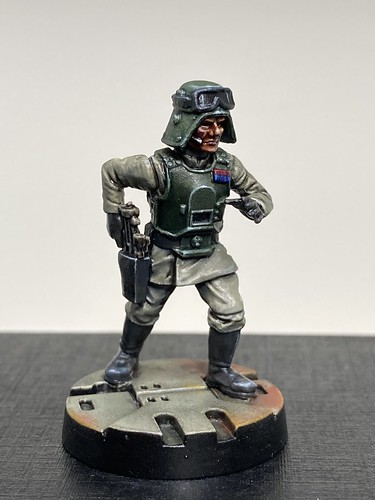 General Veers, a 1/47 scale figure for Star Wars Legion, from FFG. I started with zenithal highlights and spotlighting with an airbrush, acrylic glazes, then details and blending with oils. 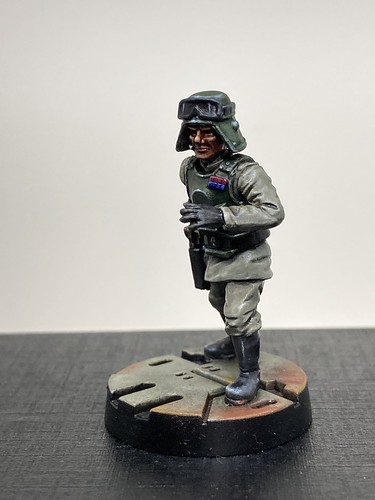 I used FFG’s Imperial Uniform as the base for the clothing, and Vallejo German Camouflage Dark Green (which I originally bought for WWII German helmets) for the helmet and armour. 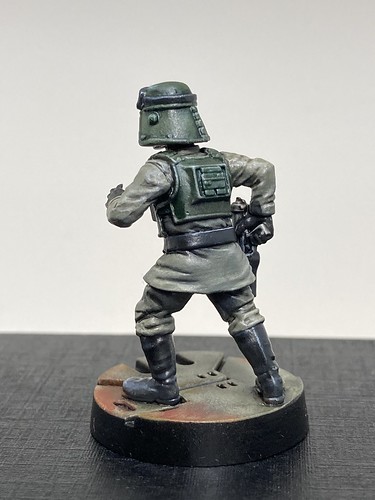 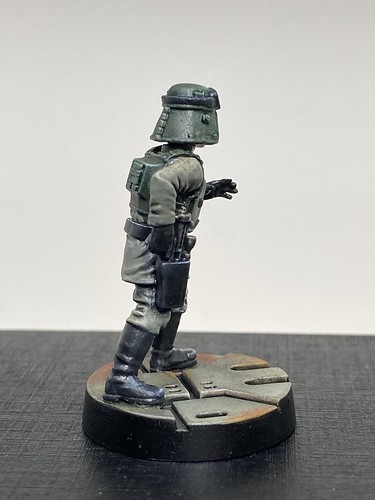 For the game Star Wars Legion, points-wise Veers is a cheaper commander than, say, Darth Vader. His rules also make him good for coordinating vehicles with his troops and such. Fitting for someone who is, arguably, the most successful ground commander in Star Wars lore.