While Conscript Dallas was busy painting up his platoon of early war German infantry in preparation for the attack on the Polish Post Office scenario, I was working on a backlog of miniatures by Bolt Action and Crusader, some of which have been based and primed for years, Others were still unassembled in the original box or zipper bag in which they were shipped. Just as an indication of how long these have been on my 'To Do' list, a number of them are no longer in production, or the sculpts have been changed since I bought them. 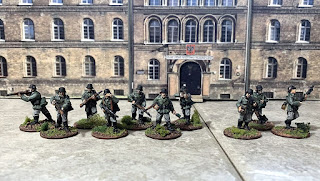 Close up of the rifle group 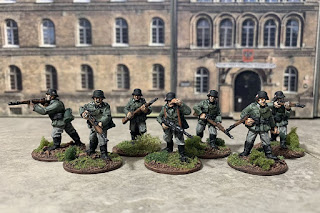 Close up of the LMG group 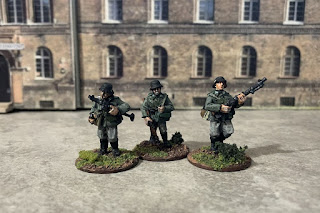 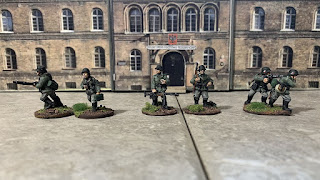 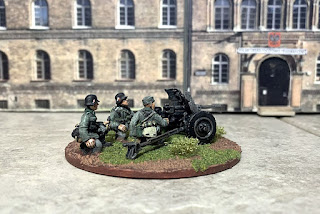 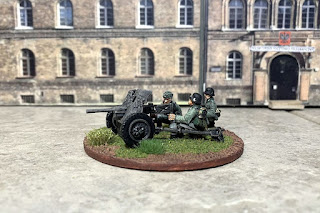 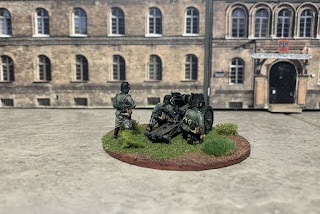 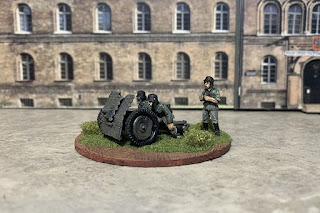 Crusader 50mm mortar teams and MG34 on a tripod 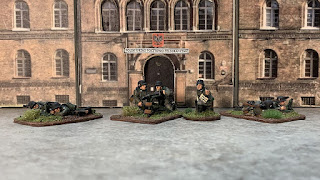 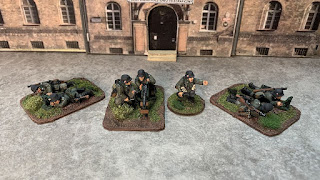 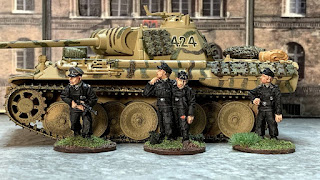 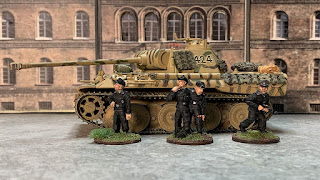 The infantry section, infantry gun, and the MMG will all see action in Danzig at the Polish Post Office. Currently on the work bench are additional support weapons. More to follow.

This has escalated quickly! Nice job!

Good looking models there Frederick. I like the diorama bases for the guns. Photos also give an idea of the scale of the post office building - that is all gonna look awesome on the table. Nice work.

Great work Frederick. It's nice to see some of the older figures in the post, and kinda a bummer that they are no longer available.

Thanks, guys. In addition to the Bolt Action Panzer crew being out of production, so are all the metal early war German infantry figures. They came as a boxed set, which included the anti-tank rifle team, but when the plastic version was released, all but anti-tank rifle team were discontinued.