The central feature of the first scenario of the Bolt Action campaign book, 'Germany Strikes - Early War in Europe' is the Polish Post Office in the Free City of Danzig. Constructed in the mid-19th century, the building was originally a Prussian military hospital (Garnison-Lazareth) until 1920 when it became the primary Polish post office with a direct telephone line to Poland. It was a target of Nazi vandalism leading up to the war, and was ultimately attacked by German paramilitary groups in the early morning of 1 September 1939. 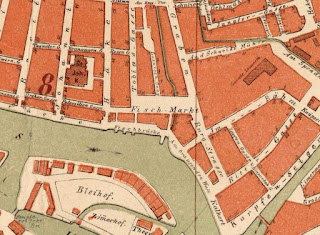 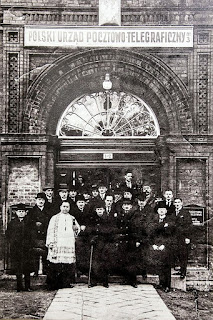 The building is described in the scenario as follows:

"The Post Office is a substantial building in the centre of the table. .... The ground floor of the Post Office consists of six 'small buildings'; rooms, tacked together in two rows of three. A first floor consists of six more rooms on top. All the rooms have windows to the outside, one per exterior wall. Ground floor windows and doors are barred so the only room that can be assaulted from outside is the centre front room where there is a main entrance. Alternatively sappers may be used to blow a hole into the ground floor room, allowing an assault from outside.

The ground around the Post Office should be clear for at least 12" in all directions. The rest of the area on the table is built up with buildings, streets, trees, walls and so on."

This description varies a bit from the historical layout. The original building had a long wing extending off the southwest corner, and it had a brick and wrought iron fence across the front of the building. Also there were a number of adjacent buildings that were situated quite close to the Post Office. Obviosuly, some compromises had to be made in the name of playability. 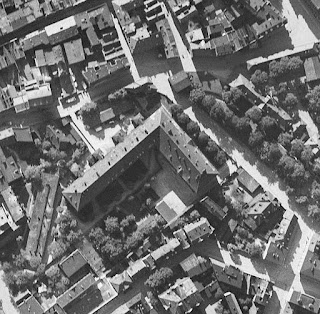 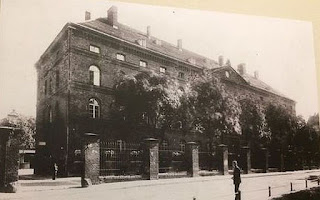 Originally I had thought about making the structure so that the roof and the upper floor were separate pieces that could be lifted off, but eventually decided that it would be easier to have the room layout of the different floors off board and build the Post Office as a single piece. I looked for some good colour photographs of the Post Office online, and I was able to do some photo editing to create two files that could be printed off and glued to a structure made of foam core. For the roof detail, I scanned a sheet of Faller embossed cardboard with a red tile pattern that was left over from a project I did decades ago.  The roof itself was made of cardboard from cases of Lipton Iced Tea, and some 3D detail added to the front of the building using 3mm thick cardboard which also supported the dormer above the main entrance. The final features were the chimneys and the downspouts located either side of the main entrance. 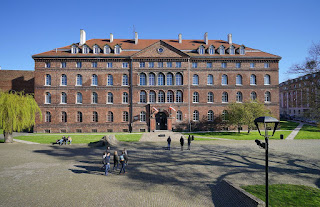 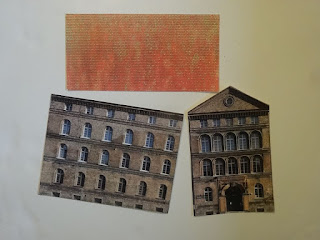 Here are some pics of the construction in progress. 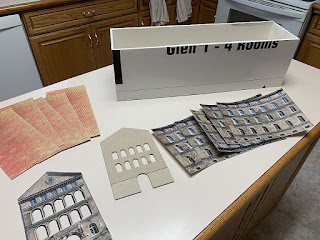 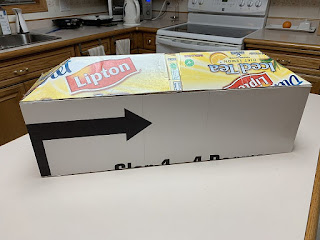 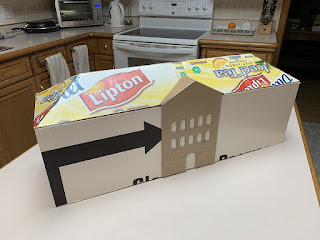 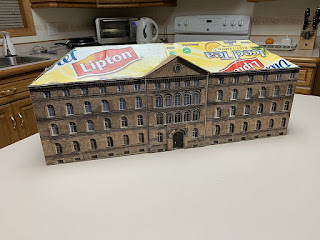 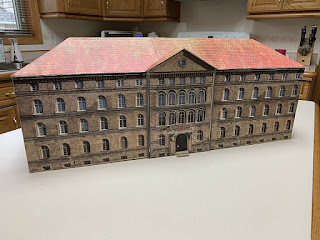 Here is the end result. The final dimensions are L 56cm x W 15cm x H 23cm. I also made two additional terrain bits to mark where the sappers had successfully breached the outer walls of the building. 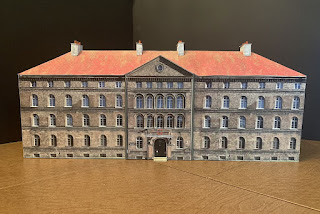 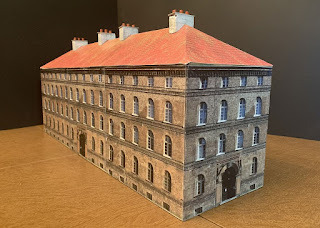 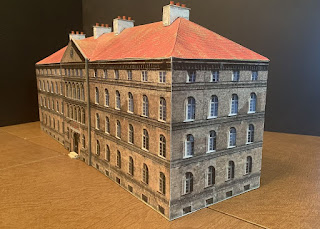 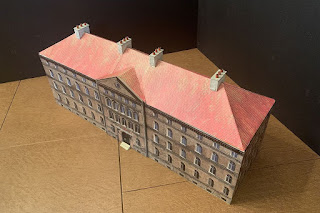 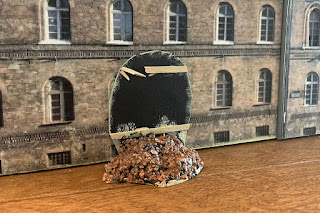 With the main terrain feature now complete, it's time to work on some early war Germans, especially the support weapons that were used in the attack. More to follow.

Wow! This turned out really nice!

I visited this place in real several times. Its very emotional issue for me. Most family of my mother was exterminated (just because they were Poles) not so far from this place. So personally I couldn't play it myself but I consider this project as a kind of homage and monument to victims and heroes. Good luck!

Great work. Anyone that can manage that much specific work on terrain...wow, very cool.

Excellent work Frederick, especially on the "walls". Clever. And thanks for your comment, Umpapa. We always try to be mindful of these things as well.

Very good work, and that ruined bit is very clever.

Be stealing that idea I think!