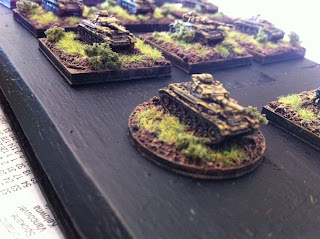 The Analogue Hobbies Painting Challenge has been a good prod to focus on some historical stuff and get it painted, namely  some GHQ figures I received for my birthday this year.

I based all of these for Spearhead - 1.25 inch square bases, with 30mm round bases representing command elements.  Each vehicle/base in Spearhead represents a platoon.  I have a large collection of Spearhead-based 6mm stuff, and a lot of it (especially the WW2 stuff) is starting to look a bit tired, so this is a good chance to spruce up the ranks a bit.

Up first was a group of German Panzer IV-Gs, and a pair of SPATs - Pak 40s mounted on an RSO chassis. The 10 tanks are sufficient to represent a battalion in Spearhead. The two RSOs will represent batteries of AT guns used by desperate German troops late in the war as hordes of T-34s roll over them.

Note that the crew figures on the RSOs are from Adler - their 6mm infantry is far, far superior to the infantry offered by GHQ. 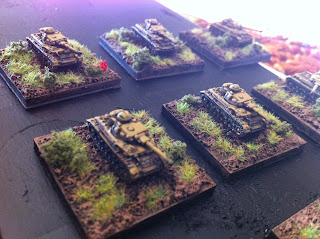 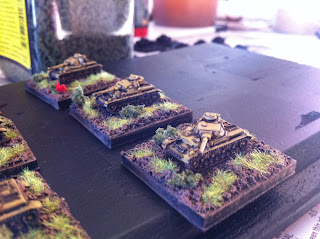 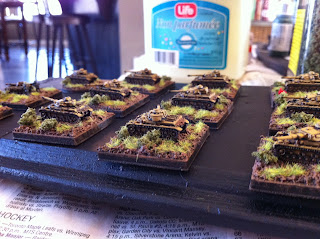 Up next was a batch of 10 Hetzers, late war German tank destroyers. 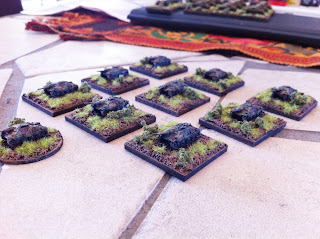 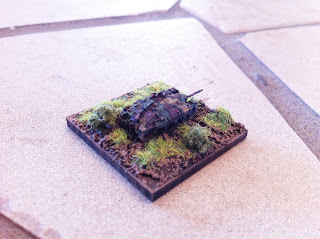 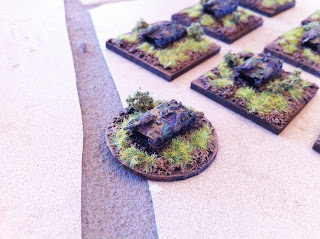 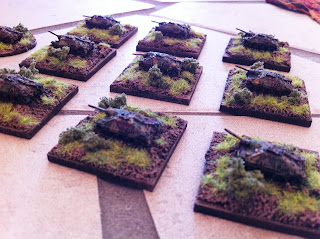 And finally a group of 10 German Panzer IV-Hs. As with the other 10-vehicle groups, it includes one on a round command base, and for Spearhead purposes is sufficient to represent a battalion of vehicles in the game (each model representing an actual platoon of 3-5 tanks). 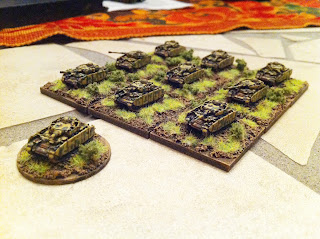 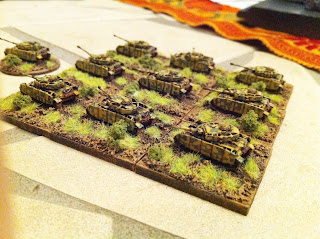 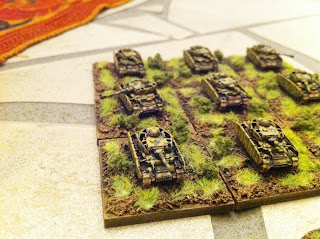 It did not add a whole lot of points for the Challenge, but it has been good to spruce up my German WW2 collection for Spearhead a bit more. Spearhead is one of my favourite games, and I had the opportunity to play a game with Curt C during a visit to Regina last weekend.   I'm just getting some photos organized, and will post the pictures and a battle report to the blog very soon.
Posted by Greg B at 10:10 AM

Great job, Sir! The models are painted in great detail for so small a model: dingy, dirty, and destructive.