I finished the decaling for those six JU88As that we used during CY6! the other night. (Note that the seventh plane is a search and rescue aircraft, with black undersides; I used F-Toys' original decals on that one.) 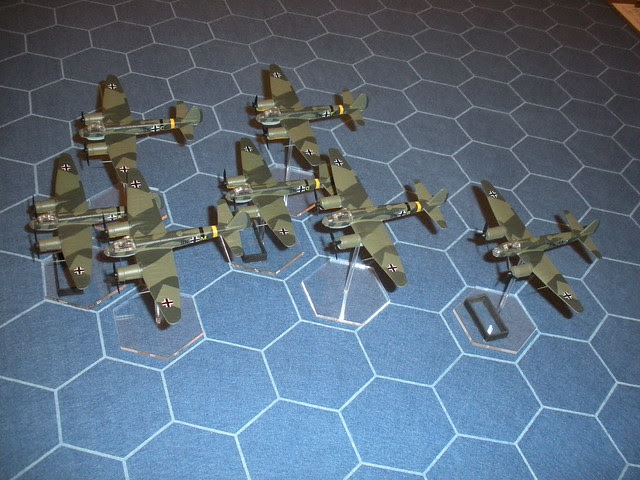 For the six bombers I used 1/144 Junkers JU88A decals for Kampfgeschwader 51 "Edelweiss" (KG 51; "Battle Wing 51"). I obtained them from eBay seller hurricane2plane. Included were enough decals for all twelve aircraft in KG 51. 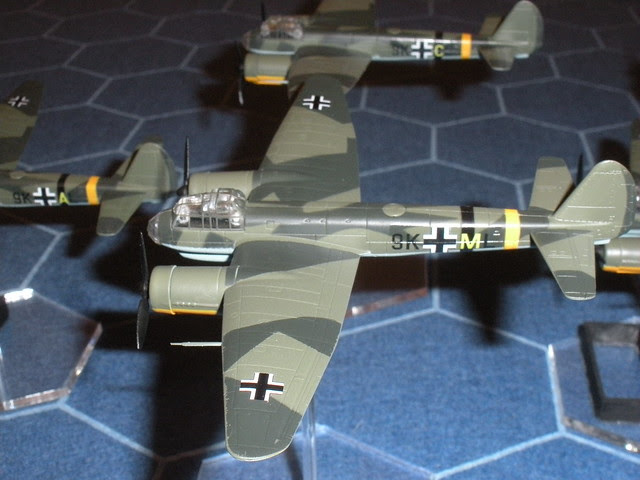 The decals conformed well to fuselage and panel lines, using the MicroScale system.

Dallas and I had discussed the Supermarine Spitfire models used. They are all Bandai gashapon kits. The inadequate Bandai propellers and spinners were replaced with Rotol propeller/spinner combos from Sweet Hurricane I model kits (there are extra props supplied in those kits). The Spitfires were partially repainted using Testors Acryl paints, and detailed and slightly weathered with washes of oil paint. 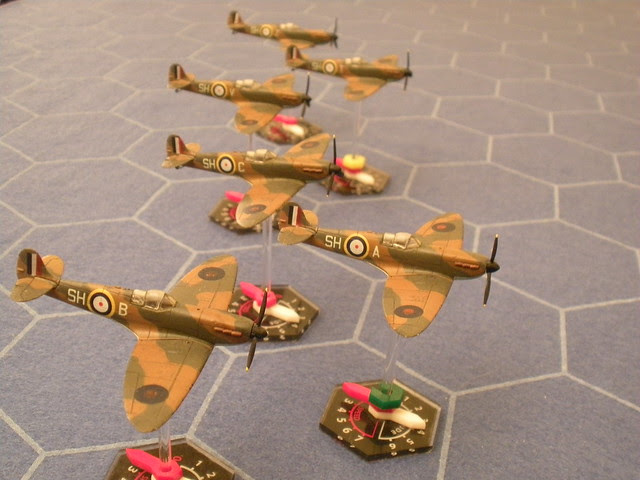 The RAF squadron letters, using the codes for 64 Squadron, were on a decal sheet obtained from eBay seller mehusla, mentioned by KevinH in recent posts. Again, the decals responded well to decal setting and solvent solutions.

All my 1/144 aircraft for CY6! are affixed to their flying stands using rare earth magnets. These flat magnets do not allow yaw or pitch, unless youalso used a ball magnet on the stand post. However, the magnets give a very strong bond, which is why I prefer them to some other solutions, such as the common round-pin-and-rubber-tubing.

I want to get another three JU88s. I also have enough Bandai Spitfires and decals to complete the rest of 64 Squadron.
Posted by DaveV at 11:35 PM

Beautiful work, I would want to send my decaling work to you....