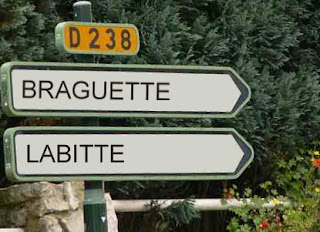 This is what I have painted so far as part of my 6mm scenery project: the French village of Braguette, near Labitte. I was not supposed to work on these before 2011, but my last order of Wood Elves got late and I just could not let Dallas get ahead of me :-).

Most of the buildings are from Leva. I've met the sculptor/caster/CEO Alain Lévesque a few times in Montréal. He was kind enough to cast for free the missing part of an Ork Gargant, so I could finish the model. He was very open to suggestions and RobertR was not lacking ideas. When we were into 6mm Cold War, Alain sculpted for us LCAC Hovercrafts for the Marines. His 6mm buildings are quite large for the scale, but they sure do stand out on the table. One critic we issued Alain was that his buildings had too many windows. The truth is that we were too lazy to paint them. Some buildings in the lot are rejects: Alain was trying different formulas of Resin and he would give away the unsuccessful ones. Some of the material feels like dried clay. There is also a rejected master, behind the wind mill, on the right, probably because it was too small and had no windows. The three farm buildings with red roofs in the background are from GHQ. 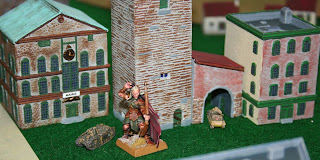 Here is a close-up on the mairie with a 28mm figurine to give an idea of the actual size. I like the little arch. It has no strategic value whatsoever, but it adds a nice touch to the scenery.
Posted by Sylvain at 2:05 PM

Good work Sylvain! I'm looking forward to playing some Spearhead with some of these on the table.
I've always liked the Leva stuff though some of it can be a bit fiddly and fragile.

Sylvain that looks awesome. Agree with Curt - a few battalions of lads heading towards that nice set-up in a Spearhead game would be great.