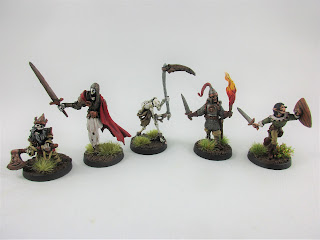 Some time ago, I supported a Kickstarter campaign launched by Zealot Miniatures out of the UK, for their Litchmyre Dungeon range of fantasy figures. I really liked the aesthetic of the models, sculpted by the very talented Boris Woloszyn. I picked out the five I liked best (specifying that they be cast in white metal - no resin for this Conscript!) and they arrived in June of this year. I painted them in the last couple days. I find that fantasy single models paint up really fast. 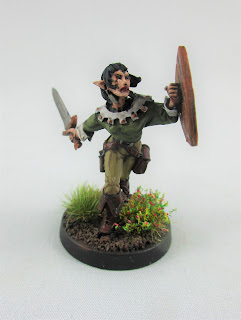 This is "Melran, Elf Warrior". She's a multipart metal casting and is just beautiful. 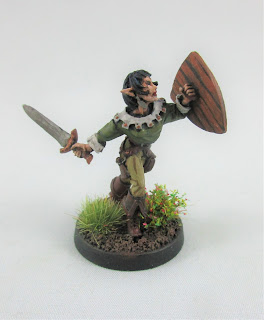 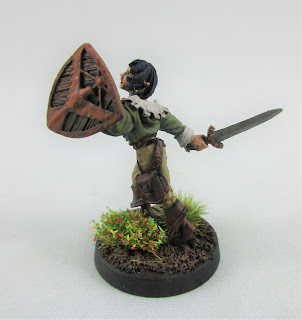 I really like the detail on the (obviously) wooden shield. I couldn't think of a better way to paint it, so I just left it in a wood finish. 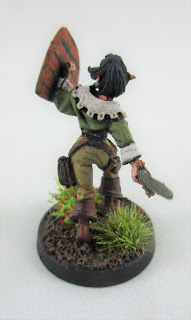 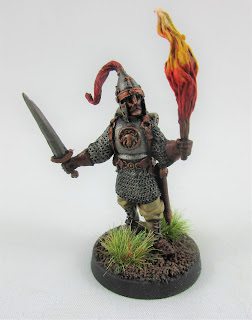 This is "Mercenary with Torch" - will be great as a retainer for an adventuring party. 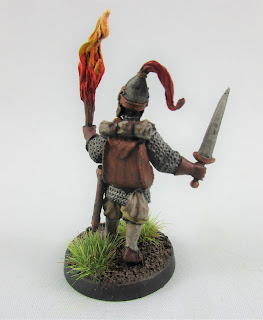 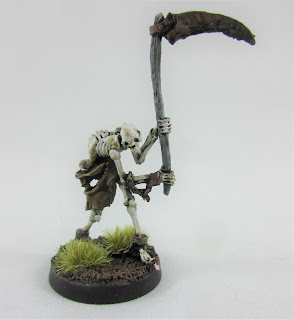 This is "Skeleton" - does what it says on the tin. 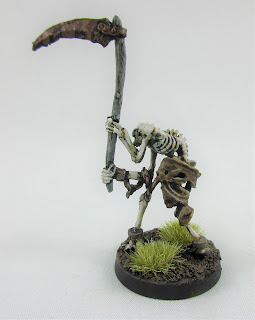 I really dig the aesthetic of this model as well. Note the shackles on his wrists and ankles. Very cool model. 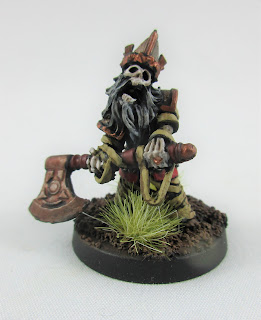 This is "Undead Dwarf King". I like the idea of undead versions of races other than human - I seem to recall that GW got into this a little bit in their Warhammer Fantasy Battle range, centuries ago. It was pretty cool having undead Skaven and the like to paint up. 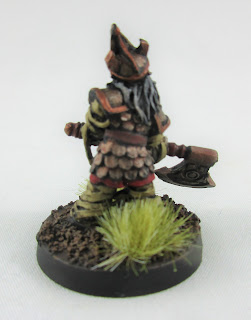 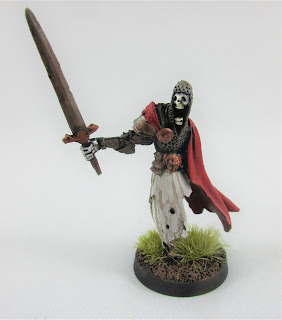 Now this guy is cool - "Spirit Warrior". With that mail coif he looks like something out of a Monty Python/Holy Grail nightmare. 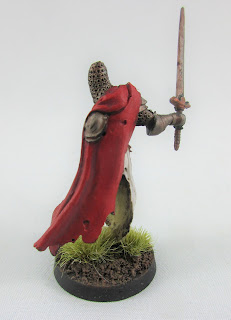 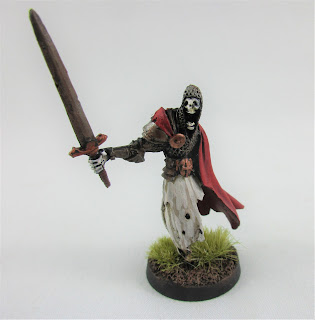 The Zealot stuff is a little on the larger side of 28mm, but they have a LOT of models on offer in their webstore, including monsters and other adventurers. Worth a look if you're into the genre, but all of their product is in resin now - metal was only for Kickstarter backers. Too bad. And they're not cheap either - for example, the Spirit Warrior is 7.90GBP. Maybe Santa might chuck some in your stocking if you've been good this year :-)
Anyway that's the update, stay safe everybody!
Posted by Dallas at 10:57 AM

These look great Dallas - wow, that "Spirit Warrior" is so cool!
Shame about the resin :( metal > resin always...

Those are nice models. The elf looks like she’s fighting something big!

Very nice fantasy adventurers and monsters. I particularly like the elf. Her pose and hair are striking.