Having completed my siege machines of Middle Earth, it was time to move on to some character figures, specifically Elendil, Isildur, and Sauron at the Battle of Dagorlad at the end of the Second Age.These are are all now out of production as Games Workshop has discontinued their Lord of the Rings line of figures. Some are still out there, but getting increasingly more expensive.

All the figures have lots of detail sculpted on them which I would not have been able to paint without the aid of my newly acquired LED magnifying lamp. All figures were primed in black. Paints used were mostly Vallejo with  a few washes to added shadow, followed by highlights.

The armour worn by Elendil and Isildur is heavily inspired by the scenes from Peter Jackson's Lord of the Rings trilogy. Games Workshop did two versions of the two characters - in full fighting gear, and a vignette taken for the movie where Isildur takes up his father's shattered blade, Narsil, and cuts off Sauron's finger with the One Ring.

Isildur and Elendil confronting Sauron at the Battle of Dagorlad. 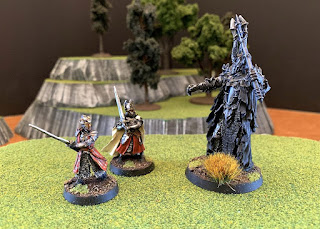 Isildur wielding his father's shattered sword cuts the One Ring from Sauron's hand. 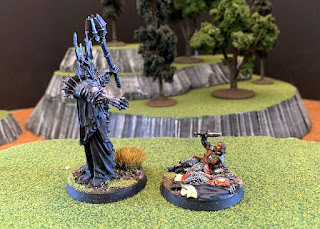 Isildur and Elendil. Lots of gold trim on their armour and surcoats. 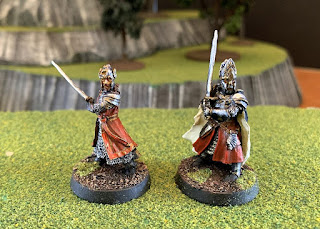 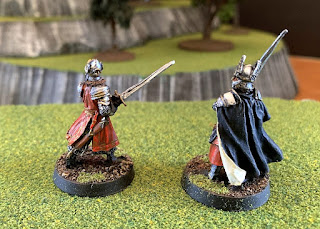 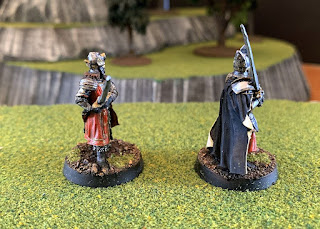 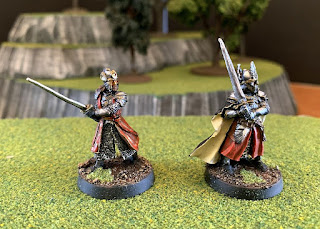 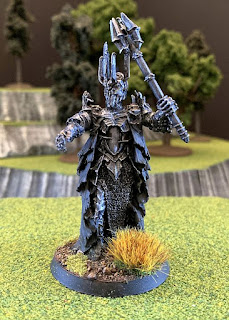 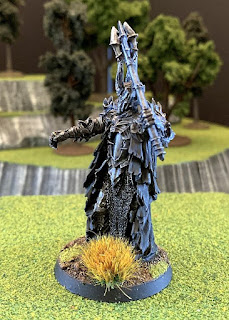 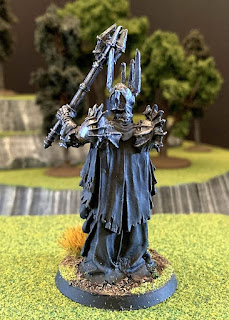 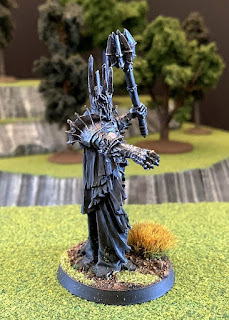 The two figure vignette of Isildur beside the body of his father, Elendil, using the shattered blade, Narsil, to cut the One Ring from Sauron's hand. This is heavily influenced by the Lord of the Ring movies, and it differs from the narrative in the book. While it doesn't have much use on the gaming table, it does have a 'looks cool' factor to it. 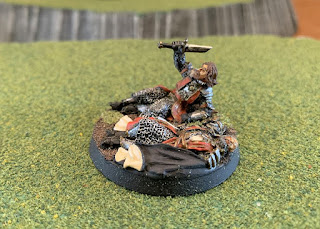 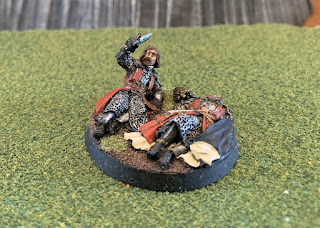 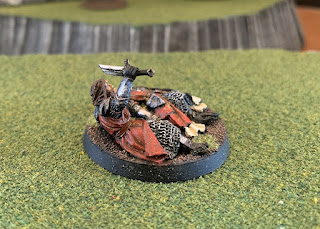 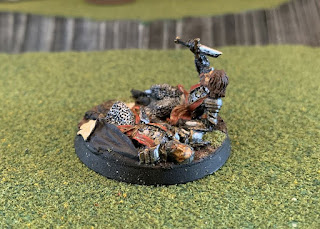 The Sauron figure was an easy job which took less than an hour to complete. Elendil and Isildur took much longer due to all the gold trim everywhere. I painted the two standing figures first, and then did the vignette to that the colour scheme matched. They were done over four evenings where I would paint a few colours and then take a break to give my eyes a rest. Ah, the consequences of getting old.

Wishing everyone a Happy New Year. Looking forward to seeing fellow Conscripts across the gaming table.