My take on the Limited Edition Luke Skywalker, a 1/47 scale figure for Star Wars Legion. 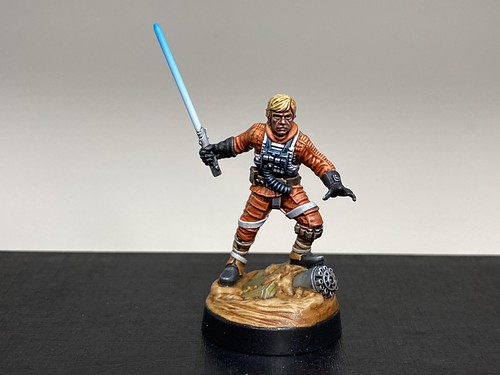 Fantasy Flight Games recently released a Limited Edition version of Luke Skywalker. A convention exclusive, in a year without conventions, this model was offered in very limited quantities to game stores as customer incentives, prizes, etc. (Shout out to Brian at Amuse 'N Games in Winnipeg!)

This is a lovely figure. The likeness is very much a young Mark Hamill. It comes with three different options for the head (including helmet and visor), and you can choose either a right arm wielding Anakin’s lightsaber, or a blaster pistol. Luke is sculpted as he appears on Hoth in the movie The Empire Strikes Back. 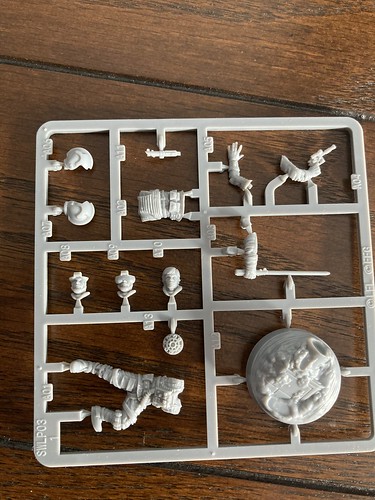 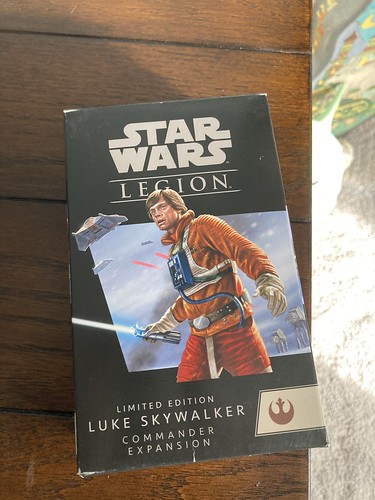 I primed the figure with Chaos Black and hand brushed flat white onto the saber blade. Then, with an airbrush and compressor blowing at ~18 p.s.i., I laid in zenithal highlights and spotlighting with Vallejo White. I masked the figure with a plastic baggie, and airbrushed the lightsaber effect with Golden High Flow Fluorescent Blue.

I have been asked about how I did the lightsaber blade. Briefly, I airbrushed the fluorescent blue really thinly (7 drops pigment, 5 or 6 drops each of thinner and flow improver, and about an eye dropper’s worth of water). Worked from the tip of the blade back towards the hilt, angling away from the hilt. Several applications (with some reloads in the paint cup) built up the colour at the tip, fading out at the base of the blade. The thin paint leaves no spray pattern. 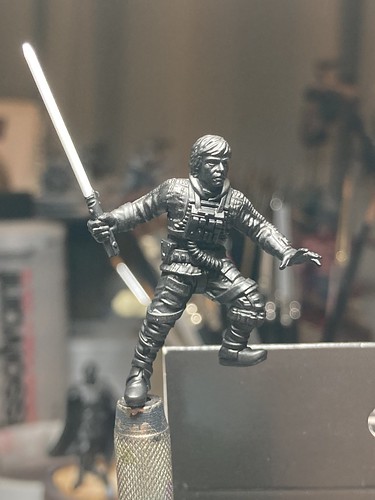 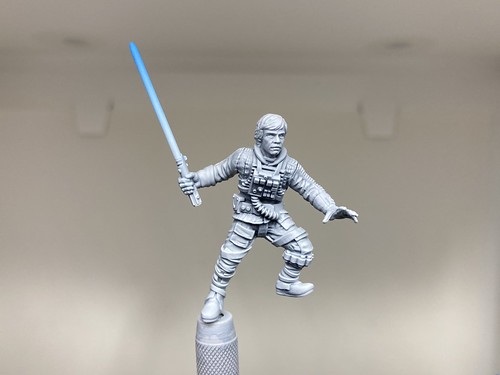 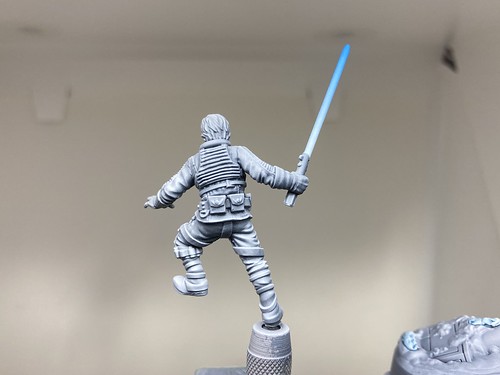 Afterward, I under painted the face using the Vallejo acrylic face painting set, using those colours they suggest for tanned skin. The uniform was quickly laid in with acrylic glazes. Blending and final details were done with artists' oils. 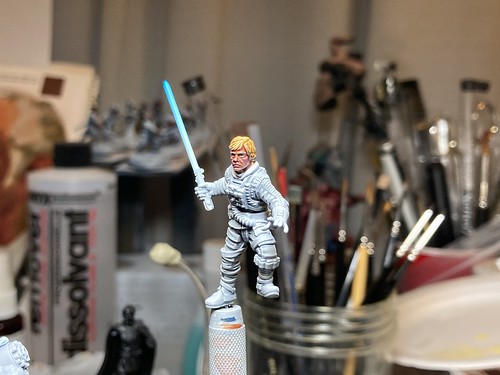 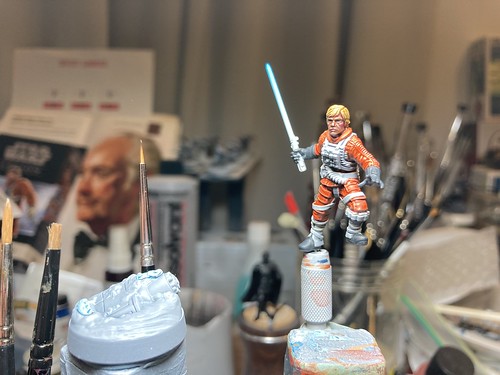 I painted the pupils indigo instead of blue, so they stood out a bit more. I painted the gloves and boots as black leather instead of white cold weather gear, more like his regular pilot’s uniform. I painted the sculpted base to match the sandy terrain of my other SWL figures. 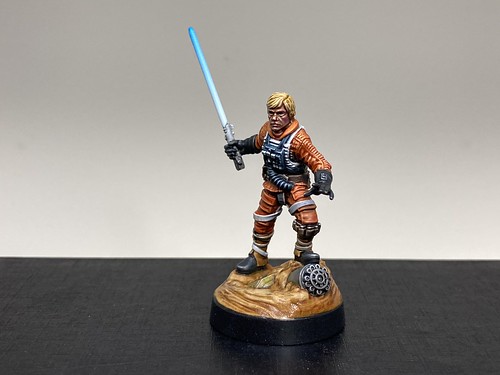 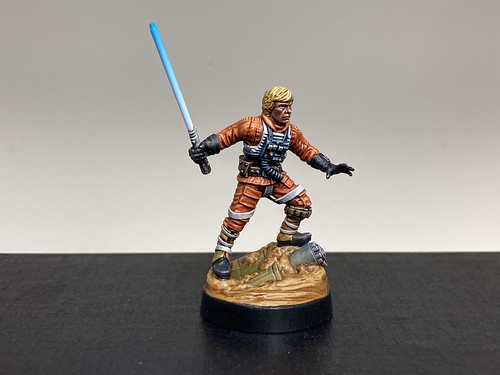 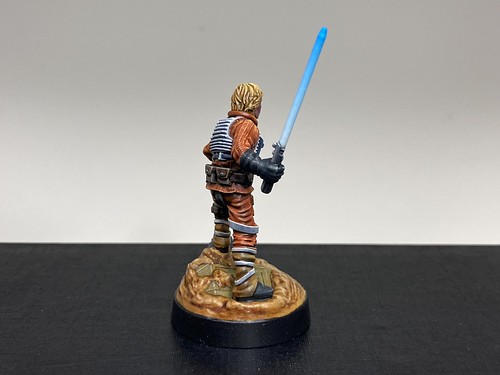 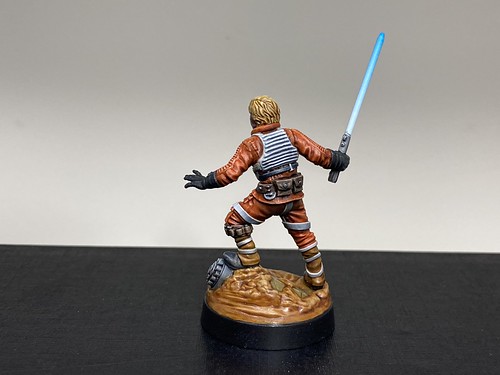 The Snowspeeder is shown for scale. It is a pre-painted model from WotC; I have not yet assembled and painted the FFG kit, which is basically the same size. 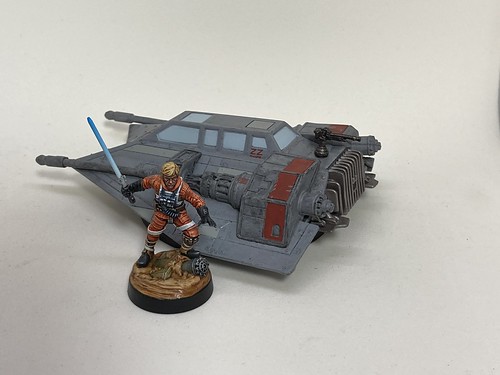 I am very happy to have a copy of this figure. It is very striking, and will make a cool addition to my Rebel forces.

Looks great, Dave. As you said in our recent conversation, it actually looks like Mark Hamill.