Having cleared most of the backlog of WW2 Germans from my workbench, I decided to take a break from painting all that Feldgrau and work on another partially completed project that has been collecting dust, a collection of Siege Weapons for my Lord of the Rings armies. This included the Gondor Battlecry Trebuchet and the Mordor Siege Bow, both by Games Workshop, three mantlets and a ballista by Zvezda, a Mordor catapult converted from a Dollar Store find, and a troll loader converted from a chess piece from the Fellowship of the Ring chess set. I covered the details of the conversion of the catapult in a blog post back in 2011 (just to give you an idea of how long these have been kicking around)

The Gondor Battlecry Trebuchet and the Mordor Siege Bow and their crews are straight from the box. The mantlets and ballista are from the Zvezda Siege Machines Kit No. 1. My brother-in-law had bought the kit and was only interested in the catapult that came with the set, so I got the rest of the items as a windfall. I had picked up two troll chess pieces very cheaply off eBay as an alternative to the very expensive (and now OOP) Games Workshop figure that accompanies the Mordor War Catapult. I still have the second one unaltered that I might convert into an Isengard Troll by adding armour and a weapon with epoxy putty. Another project for the future.

While all these weapons can stand on their own, I decided to make bases for most of them with different themes depending on which faction they are associated with. The bases won't always match the terrain they are on, but all my LotR figures' bases have slightly different colour schemes depending on faction.

The array of Middle Earth Siege Weapons before the wall of Gondor. 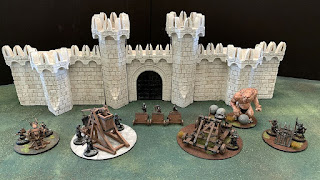 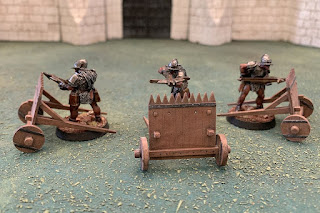 Zvezda ballista used by a crew of Dwarves. 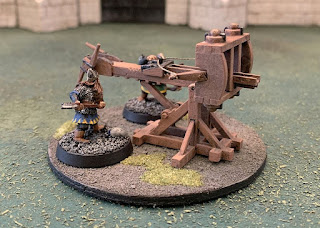 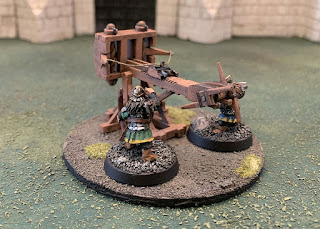 Mordor Catapult converted from a Dollar Store find. The base is an old CD with sand, flocking, and grass tufts added. 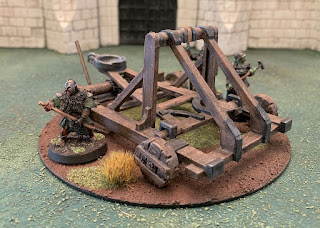 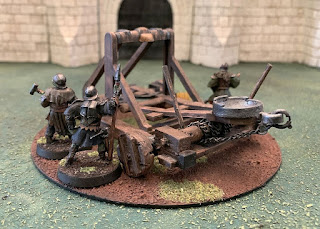 Troll loader converted from a Lord of the Rings chess piece. The large 'rock' spheres are the plastic projectiles that came with the Dollar Store catapult. 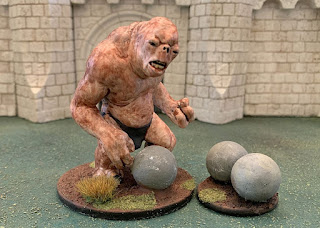 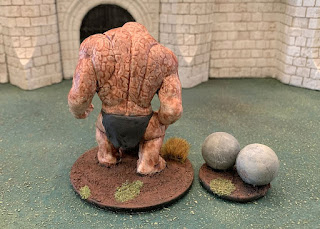 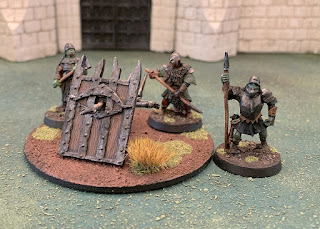 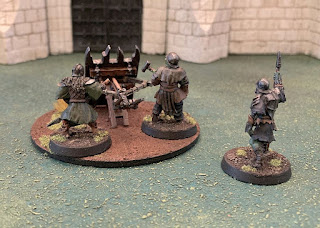 Gondor Battlecry Trebuchet by Games Workshop. The base is another old CD with the stone work made from squares cut from used plastic gift cards. 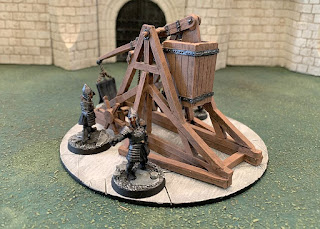 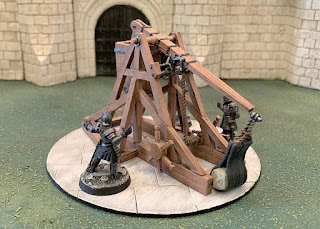 A 'before' and 'after' of the Troll chess piece. I sawed it off the original base and mounted it on a large metal washer to give it some weight. I had to build up the center with some epoxy putty as the feet of the original figure curved down a bit on the base it was mounted on. 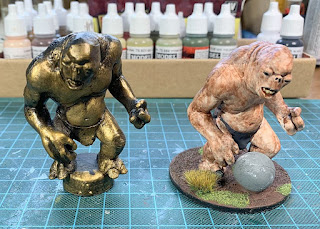 I still have a few more details to add to the base the ballista is on, basically a few potential projectiles that could be fired, but otherwise I am calling this one done.

Have a safe and happy holiday. I have more LotR projects waiting in the wings, so stay tuned for more to come.