One of the German weapons for which the Allies had a healthy respect was the 88mm Flak 18/36/37/41 and its derivative, the 88mm Pak 43. The latter was essentially the Flak 41 mounted on the split trail carriage of the 10.5 cm leFH 18 field howitzer, with the wheels from the 15 cm s FH howitzer. 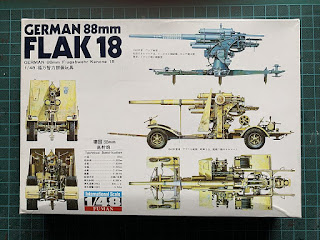 I had two sets of the Bolt Action Flak crew since the set came with 6 crewmen, but the Flak version of the 88 required 7 crew according to the Bolt Action rules. Go figure. That gave me some spare figures that could be used for other artillery or anti-tank guns, so they all got painted up at the same time. One the figures that came with a set of the Flak crew was the Soviet female driver rather than the seated aimer. That ended up in one of my Kübelwagen conversions.

I also remembered that I had inherited a metal kit from my father's wargaming days for an anti-tank gun. I originally thought it was a 75mm Pak 40 in 25mm scale, but later was able to identify it as an 88mm Pak 43, but in 20mm scale from the Hinchliffe line of miniatures. The gun is a bit undersized for the 28mm crewmen, but it will still work on the wargame table to represent either a Pak 40 or 43.

The two guns were painted with an early war grey for the Flak 18, and a three colour camouflage pattern for the Pak 43. The Flak 18 was mounted on a 12.5cm x 18cm piece of MDF board with the crew glued in place, and the wheels mounted on a separate 12.5cm x 7.5cm piece of MDF board. That gave me the option of whether or not to put the wheels on the table. The Pak 43 was mounted on an old CD as the base, with the crew on separate bases that could be lifted off.

Here are pics of the final results 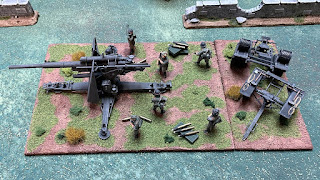 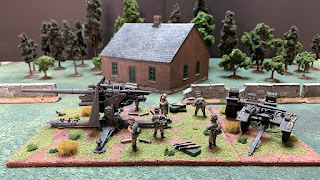 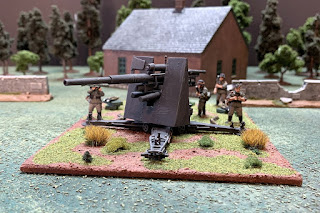 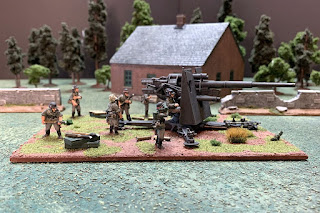 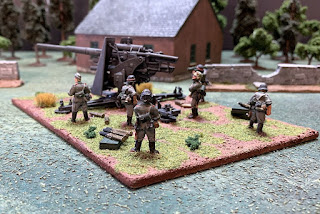 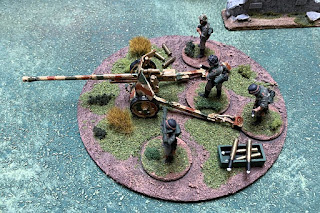 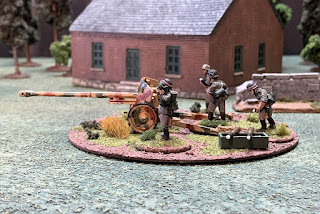 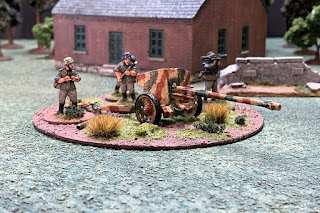 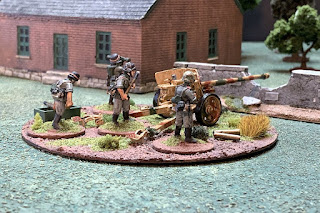 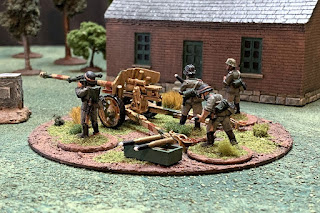 Nice job! I suppose I should just take the plunge and get cracking on mine...

Very nice! I like that you've chosen to mount it on a large round base.

Fantastic work - and very cool to see some long-time "on hold" projects getting through the painting tables!