After a bit of a break I decided to go back to the Imperial Fist Legion by finishing a breacher squad. They're a troop unit equipped with boarding shields, bolters and 2 graviton guns. Both Greg and Dallas have completed breacher squads for their legions and it didn't feel right that the fists were left out. 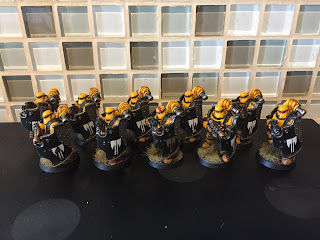 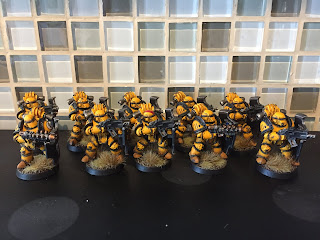 I also completed another HQ choice for the Fists. This one was given to me by Greg as part as his move to Ontario. He's equipped with a Thunder hammer and shield. My HQ choices are a bit crowded for the Imperial Fists, but the massive eagle on his shield necessitated him being painted up as a loyalist. 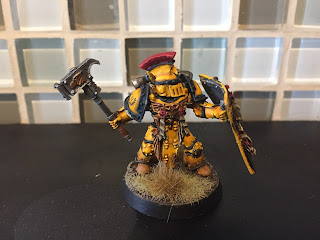 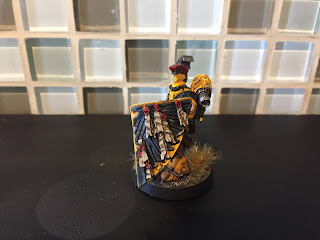 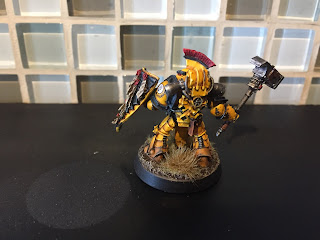 The Painting Challenge starts Monday, so I won't be doing anymore Imperial Fists for a few months while I tackle some other projects. I may even jump into Age of Sigmar!