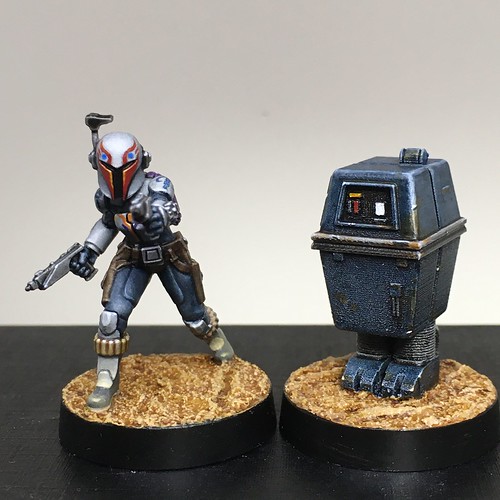 Sabine Wren and a Gonk Droid, 1/47 scale figures for Star Wars Legion. Zenithal highlights and spotlighting with an airbrush, acrylic glazes, then details and blending with oils.

The Mandalorian is from FFG, and the droid is a 3D print from Skull Forge Studios. 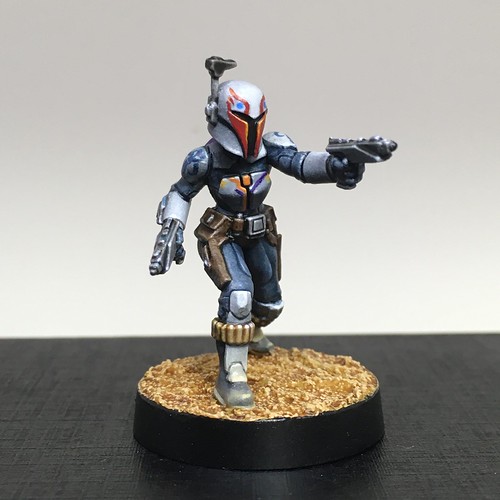 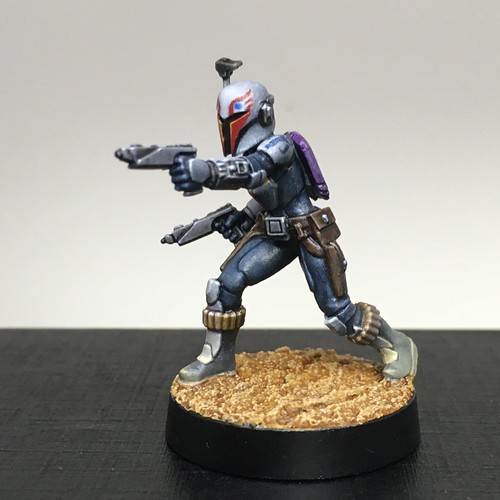 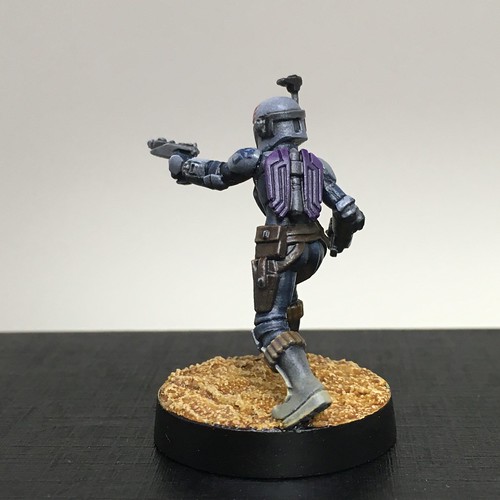 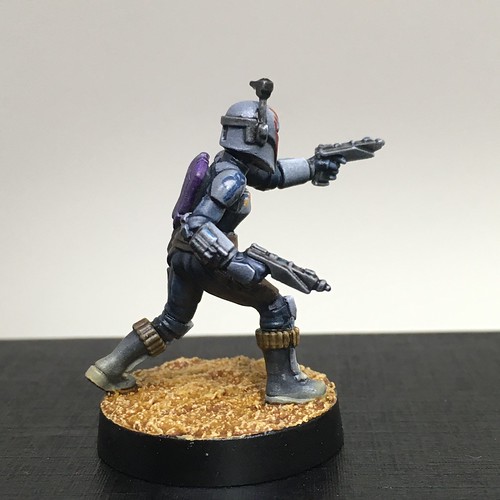 For Sabine, her armour’s helmet and chest decorations are loosely based on her appearance in the series finale of Star Wars Rebels (see below). I also increased the contrast between her armour and under suit. The shoulder markings of the mythasaur skull are decals that I used decal solvent on to conform to the rounded surface, then over painted slightly with oils to give a little shading. 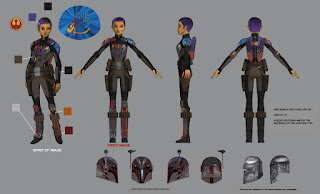 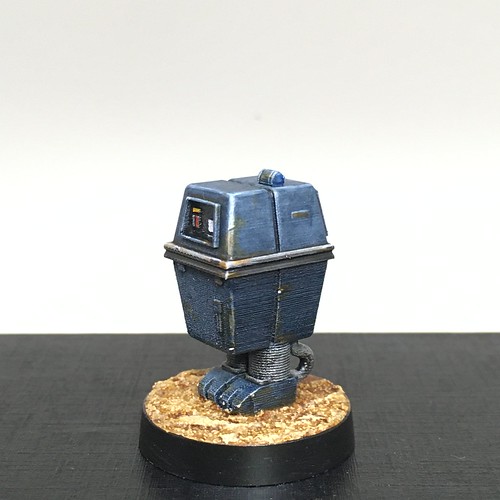 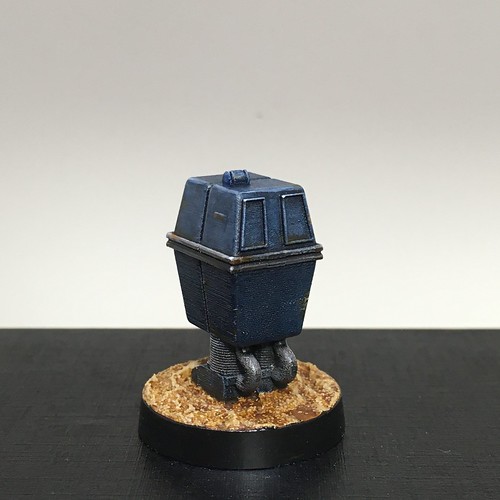 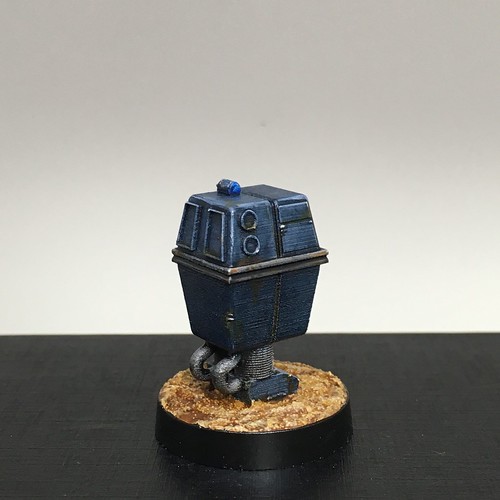 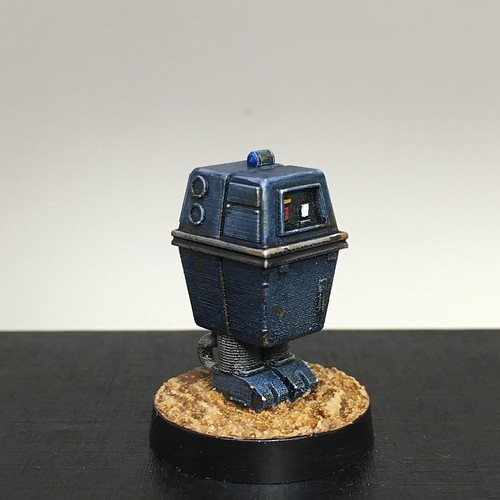 Great work on those models, Dave! Hopefully we will (someday) be able to get together for a game...