When I was in high school, Games Workshop released Battlefleet Gothic. A friend and I went in on the box together. He kept the rules while I took the Imperial and Chaos ships. He ended up buying an Eldar fleet which resulted in all our games being one sided affairs and we soon abandoned the game and moved on. The two fleets I had, were cannibalized for conversions and ultimately went missing during one of my many moves between home and University. It has only been in the last few years of searching Ebay that I learned to appreciate how stupid I was for squandering those models. Oh well, if that's the stupidest thing of done, I guess I'm in good shape. However, nostalgia for the game persisted and after locating a digital copy of both the rules and Armada expansion I decided to "acquire" a few fleets. I found the Litko made the necessary templates and counters while the order dice used in BFG are nearly identical to Adeptus Titanicus.

Ships were obviously the hardest part since GW hasn't supported the game in years and Ebay is charging a fortune. Luckily, others have stepped in to fill the void. Many of the ships I purchased were from Vanguard Miniatures in the UK. They make great looking Imperial proxies complete with side mounted batteries and launch bays. I decided to make a Space Marine chapter fleet and Imperial Navy fleet. The chapter would be the Executioners who were on the side of the secessionists in the Badab War. During the conflict they specialized in attacks on Imperial shipping and used a modified cruiser named the Night Hag as their flag ship. The Imperials would represent Battlefleet Solar.

For the more iconic ships like the Battlebarge and Retribution Battleship, I went with Shapeways. I'll rank those models as fair. They won't win any awards, but they're fine as game pieces. Here are some photos of the fleets. I still have two ships to go for the Executioners including the Night Hag!

Yet another gaming option once gaming resumes. 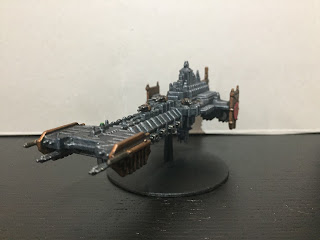 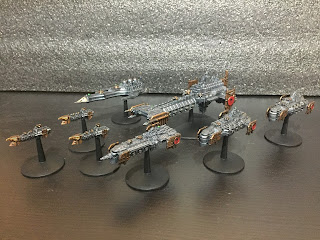 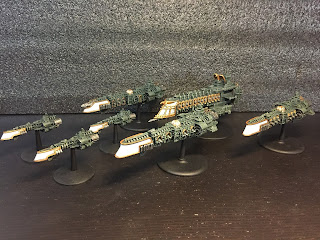 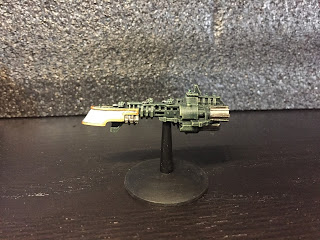 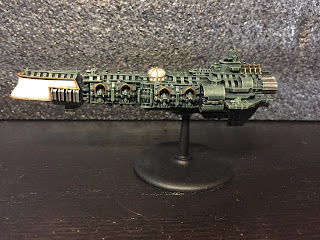 Those look great Mike! We were just discussing on the Zoom the other night that there are rumblings emerging from Nottingham regarding assembly of a team to reboot BG...

New BFG! I’m sure that’ll cost a small kingdom! Count me in.