Games Workshop has released the latest version of Codex Space Marines and I decided to see what kind of army I can make out of my long dormant silver and green SM chapter. After looking through the units it became pretty apparent that, despite the vast number of units available, you're only going to be using a few of those units and they're all going to be Primaris. That's not to say that the classic marine units aren't good. It's just that Primaris are more efficient point wise and have waaaaay better guns. I don't have any Primaris, but I can read the writing on the wall and will probably collect a few at some point.

My current space marine army is a bit old, with the bulk of it dating form the late 90's and early 2000's. Now I know there are several readers of this blog who are rolling their eyes and groaning that I don't know what old is and that they have space marine armies from 1987 or that their knee swells when a new edition is about to be released! Ok, Boomer, take it easy! My stuff's still 15-20 years old which my 7 year old regards as some long lost before time. Anyway, my point is, the army's showing its age and never had a great paint jog to begin with. This led to the obvious conclusion to strip the models and repaint the entire army!

The army will remain an all classic marine army designed for 9th edition. I have always liked the Minotaur Chapter and Pop goes the monkey makes their chapter insignia through Shapeways. Their stuff is really creative and is higher in quality to some stuff on Shapeways. You can find just about any chapter insignia. I ended up buying enough insignia for the entire army and I managed completed my first model which is a Predator.  It still happens to be the least useful heavy support option in the codex, but it's a classic. 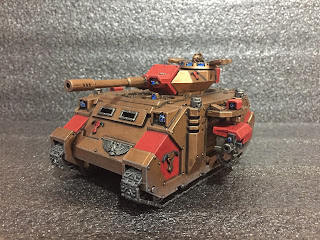 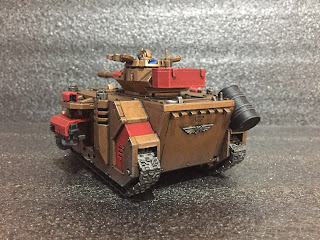 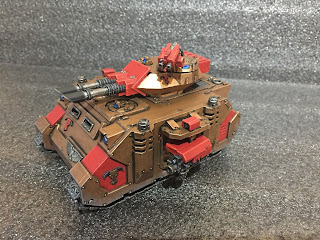 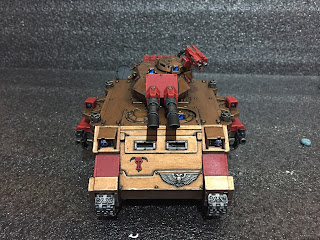 Not sure how long the repaint will take, but I'll post the progress here!

Great work Mike. There is no school like old school - and it is great to have access to chapter badges and iconography...so odd that GW leaves that gap in their product lines.