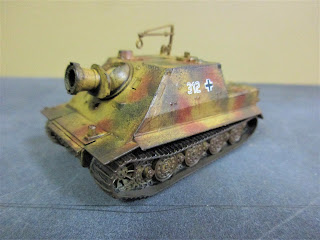 So after a bunch of faffing around building and painting 1/72 aircraft, I felt like having a bit of a "palate cleanser"... so I got out a Zvezda model I'd bought at the new hobby shop in town, back when they opened a year or two ago. 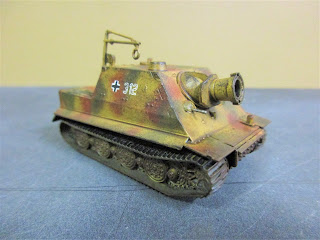 The Sturmtiger is one of my favourite German AFVs of the late-war period. After some success with the Sturmpanzer IV ("Brummbar") armed with a 15cm howitzer, Alkett designed and had approved the "38cm RW61 auf Sturmmorser Tiger" - an assault rocket mortar on the Tiger heavy tank chassis. 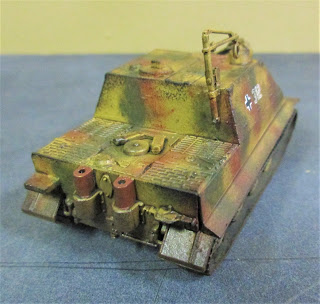 As with most 1/100 Zvezda kits the tank was quick to build with only a few parts. The one challenge I find with the "snap" kits like this is that some of the snap parts can be fragile. I ended up having to glue the track parts to the chassis. 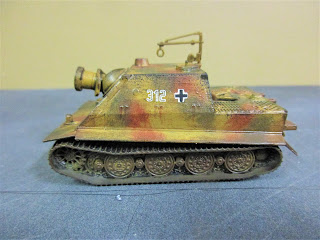 After assembly the model was primed black and basecoated with my own Dunkel Gelb formula - in this case GW XV-88 mixed with Zamesi Desert. 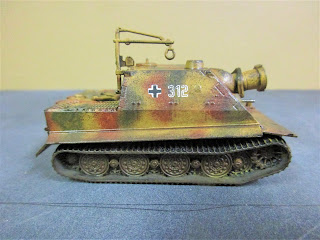 Camo was applied by lightly stippling GW Doombull Brown and Catachan Green. The tracks were painted with Vallejo Track Primer. 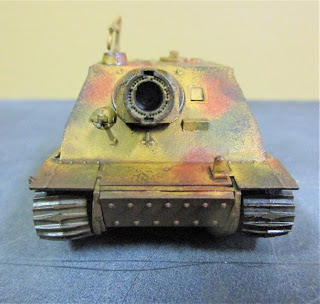 The main armament was a 380mm mortar firing rocket-assisted ammunition. The distinctive vents in the gun tube wall exhausted the propellant gases forward. Range of the weapon was 4,600m (!) 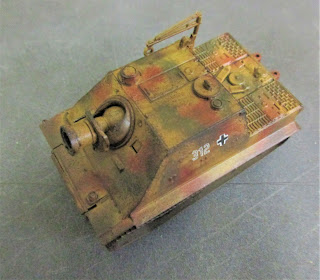 After the camo was laid down the vehicle was washed with Agrax Earthshade and decals were applied. The model was then weathered with sponge chipping and some dirt (GW Rhinox Hide and Mournfang Brown) brushed up from bottom upwards. 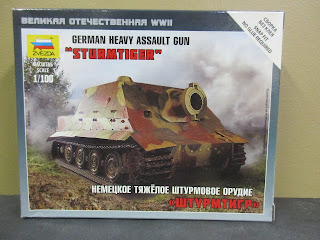 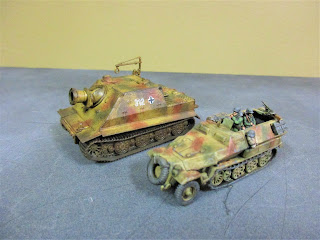 A nice addition to the WW2 German force in 15mm. Pictured next to the Sturmtiger is a PSC Sdkfz. 251 and crew.
Until next time - stay safe everyone!

Great work Dallas! Jeez that thing looked terrifying...you can see the inspiration for so many of the 30k vehicle designs in some of those WW2 tanks.