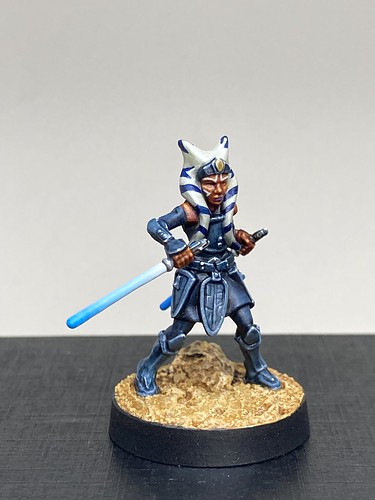 There is no official figure in Star Wars: Legion for TV fan favourite character Ahsoka Tano. So, I used the soft plastic figure from FFG’s Imperial Assault board game to fill that gap. She is smaller than the ~1/47 scale figures that are standard in SW:L; Ahsoka is noticeably shorter than most other characters in The Clone Wars cartoon, so I am fine with it. 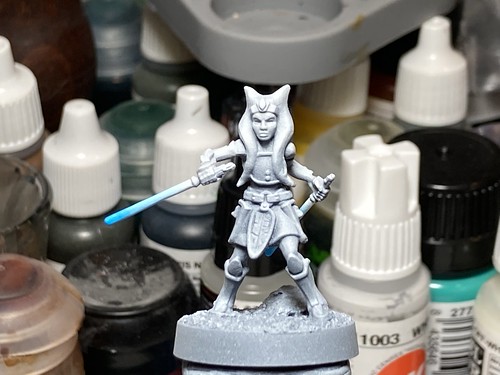 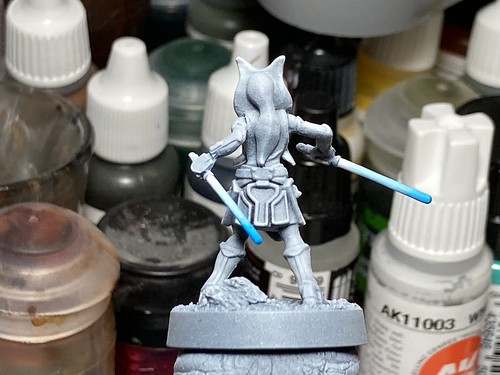 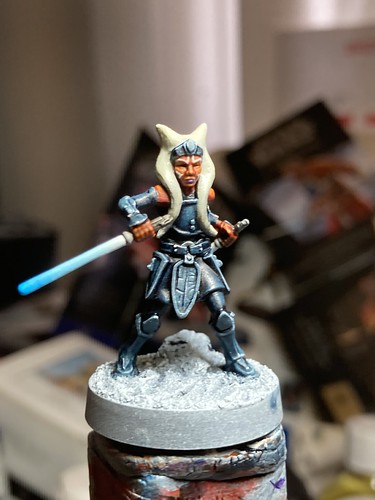 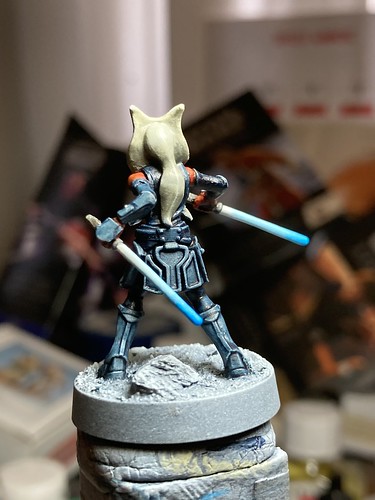 After re-basing the figure on a 27mm base, I used my usual zenithal highlights, acrylics, and then oils for blending and detail. I went with a very limited palette, similar to how Ahsoka appeared at the end of the final season of The Clone Wars. I differentiated the harder texture of her armour by using sharper, point highlights. 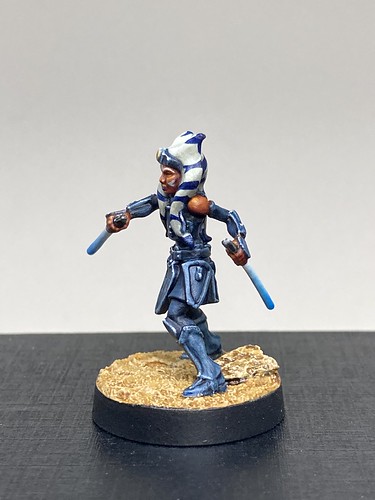 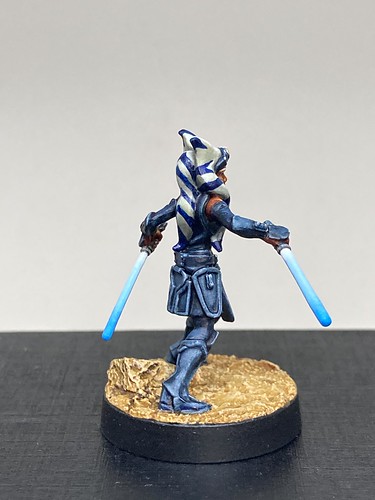 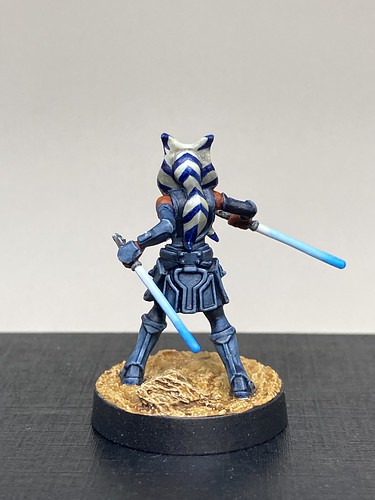 I plan to use the figure in Rebellion-era games. However, white lightsabers looked merely unpainted to me, so in the end I went with blue blades. Weirdly, I found the most difficult parts of the project were cleaning off mould lines from the soft plastic, and painting her lekku (head tails).

Great job Dave, I do really like how you paint the saber blades!