Galactic Heroes - "These ARE the droids you're looking for!" 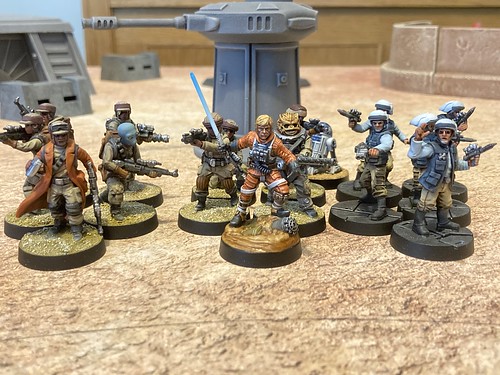 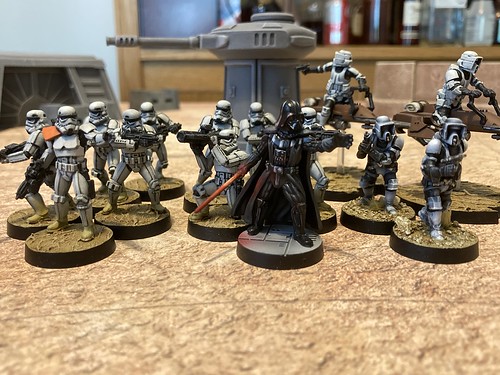 Last month I ran Galactic Heroes for the Conscripts. Regular Conscript Blog reader Pierre was in town, so I hosted a game at my residence.

In the previous game, Leia’s forces destroyed a power generator, resulting in damage to the automated defenses on the second table, located in another part of the town. At that time we used the Star Wars Legion rules, with its plethora of proprietary dice, markers, and cards.

This time, six players ran the Empire and Rebel forces playing a variation of the “These aren't the bots...” scenario from the Galactic Heroes rulebook. Luke’s troopers faced off against Vader, Stormtroopers, and Scout Troopers. I used the stats for “A Faraway Galaxy” as a start, adding some weapons and giving each Force user 5 powers. 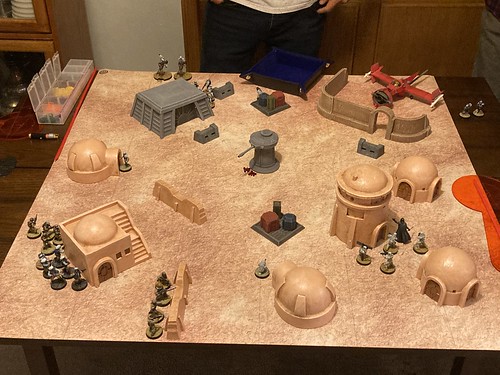 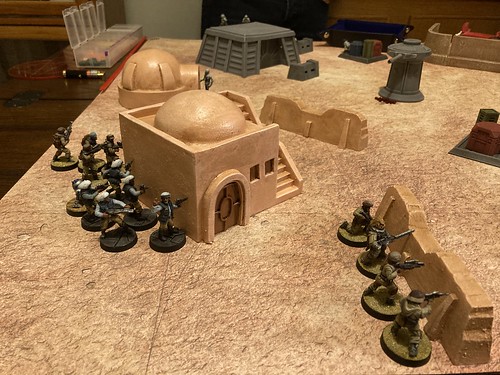 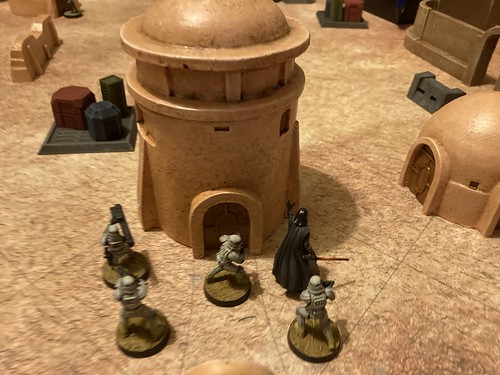 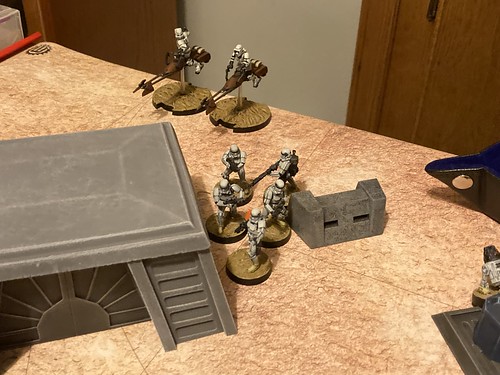 People picked up the gist of the rules very quickly. Early on very bad dice rolls meant that no one did anything besides run out of ammo. By mid game, both sides had determined that two of the 4 droids were not the target (Vader used the Force to pull a droid into contact; very cinematic!). 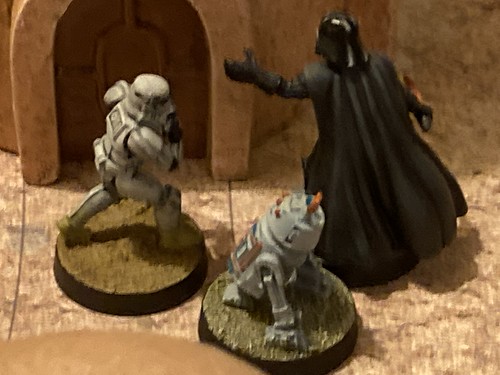 Luke cut down a Scout biker then leaped among an enemy squad, defeating several before going Out Of Action. Similarly, Vader shrugged off blaster hits, sabering or Force choking Alliance troopers before falling. The battle turned roughly 90 degrees. 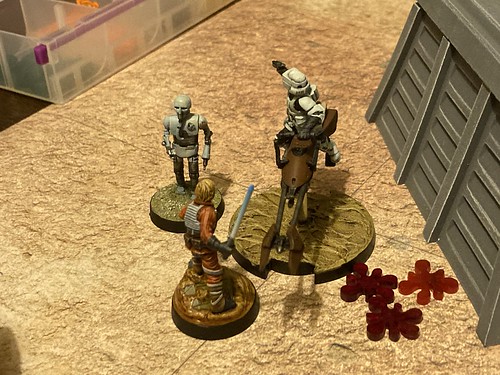 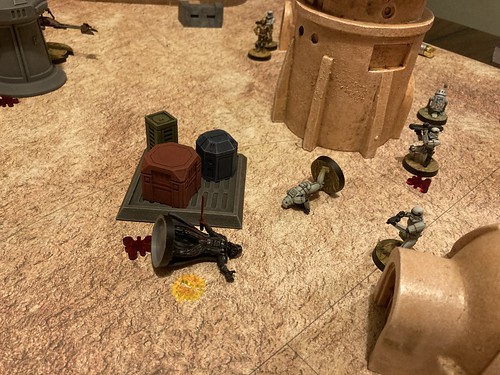 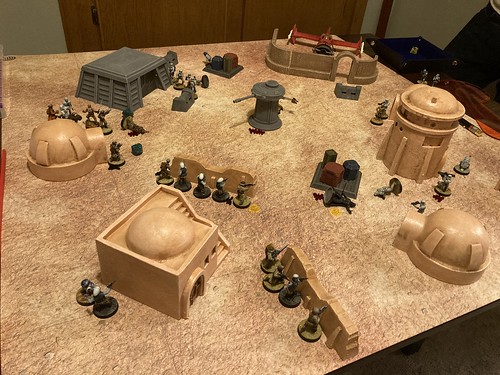 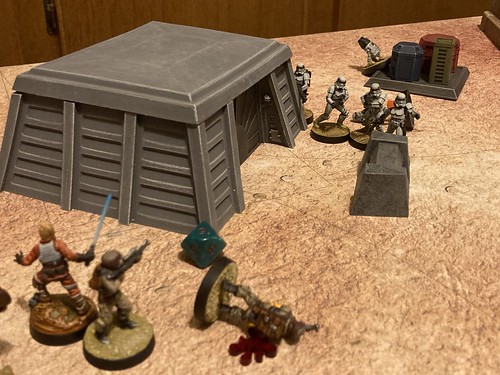 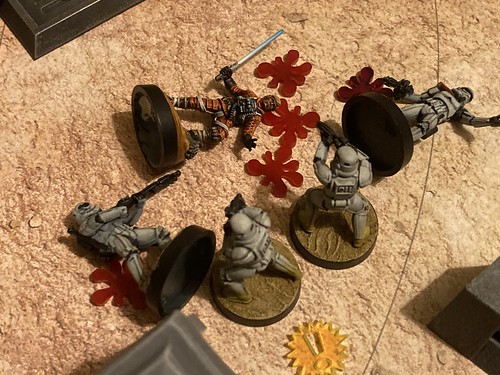 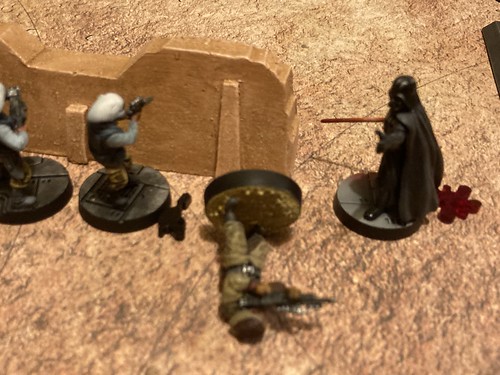 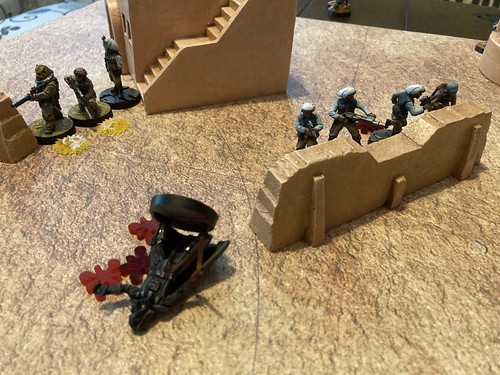 Each force was in proximity to one of the two undetermined droids. I ruled that the next discovery roll would be at even odds (6+); the Imperials failed, leaving the second set of plans in the hands of the Alliance! 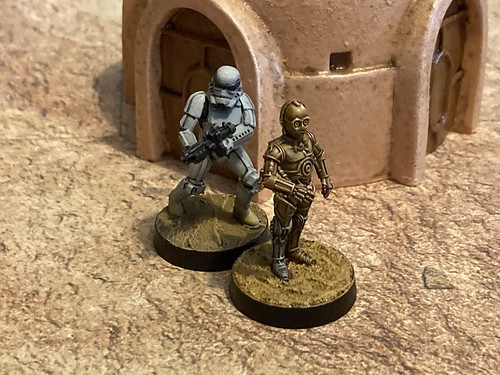 In the final turn there was a flurry of activity as the Rebels consolidated both droids with the plans on their left flank, and defeated a few more Stormtroopers. However, they did not manage to reach the small ship warming up in the docking bay. 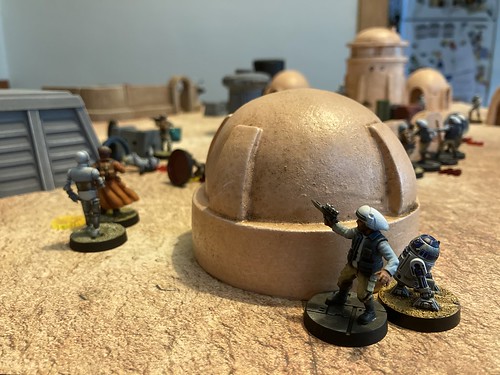 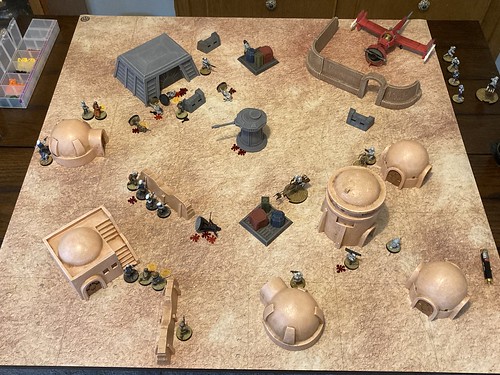 The Conscripts enjoyed the game. The playing card activation keeps everyone engaged. Actions flow quickly. Some mistakes were made, mostly due to forgetting Traits. However, we agreed that the rest of the campaign will be played using Galactic Heroes! 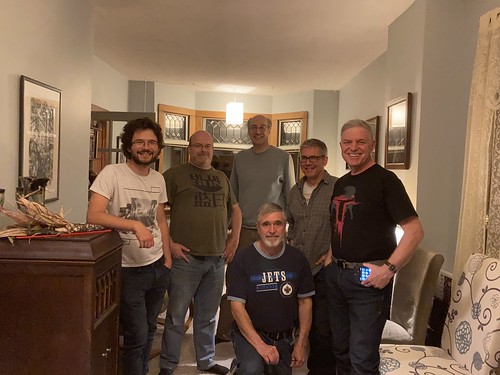 With both Luke and Vader in bacta tanks, the next game will involve a desperate attempt by other Alliance leadership to transport the secret plans off-planet, and the Imperial actions to thwart the Rebel scum.

As others have noted, the game looks fantastic. Well done guys. Always good to see the droids causing issues...

Thanks again for the game, I had a great time (even if my performance was underwhelming) and it was nice to encounter so many great fellows!
Until next time!

The game was really fun Dave, thanks for hosting/posting!