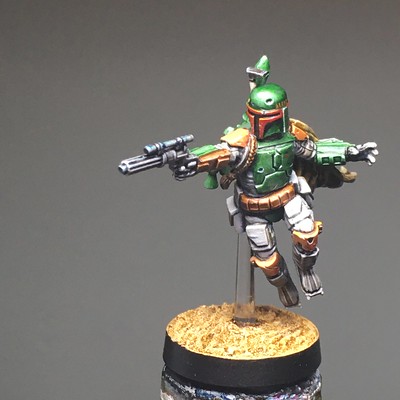 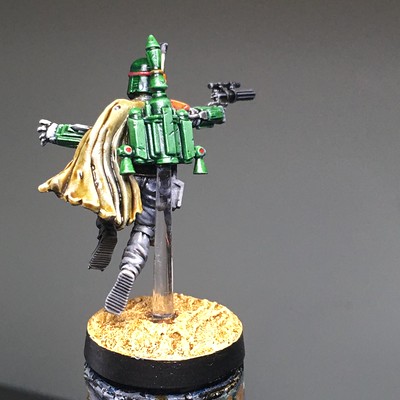 After priming with trusty Chaos Black, with an airbrush I laid in zenithal highlights and spotlighting, then used thin layers of acrylics and followed up with oils for blending and details like the battle damage on Fett's armour and backpack. Sealed with Tamiya TS-79 semi-gloss clear coat, for protection while handling during a game.

Following up a conversation with ThomasH, I went with a The Empire Strikes Back paint scheme. The figure casting itself has some Return of the Jedi elements, like the waist pouches and the blaster’s barrel sleeve. I think the ESB scheme has a slightly more military look. 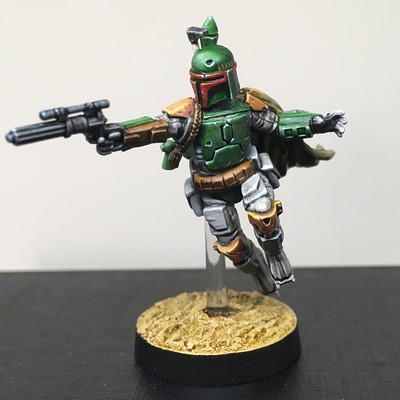 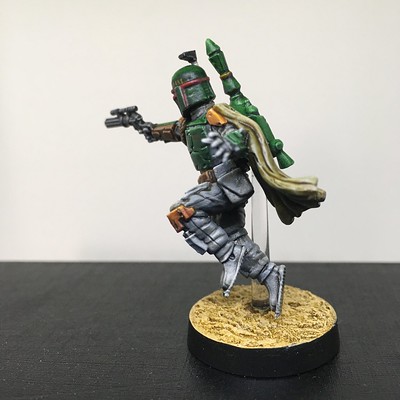 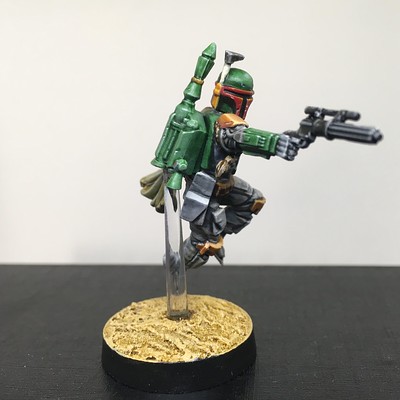 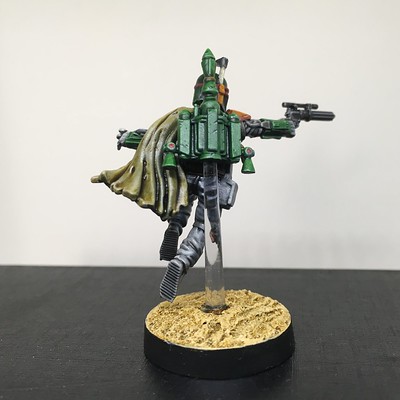 My rendering of the tally marks on the helmet bugs me a little, but all the on-set photos and costume references I viewed show them to be really roughly painted on.

I have some preliminary army lists and plans for the fourth game in the narrative campaign I am solo play-testing. This fourth game will involve Boba Fett as an Operative for the Imperial side, hunting for Han and Chewie on a Scarif-like beach table.

Below is a teaser for the third solo game I will write a battle report about. The downed Imperial walker and crashed star fighters are painted 3D prints from Legion Terrain. I cannot say enough about the quality of their products. The AT-AT, especially, is quite striking. The red and blue mouse-pad-like sidebars (table runners), to help keep track of the plethora of cards, are from The Fifth Trooper. The 3D printed token holder is from The Methodical Geek. 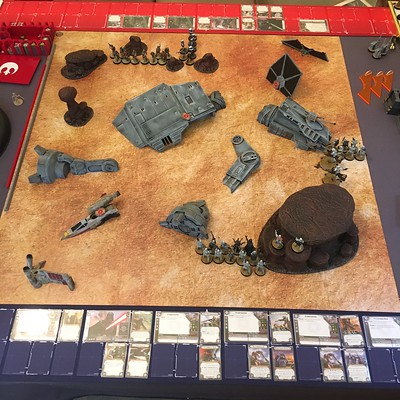 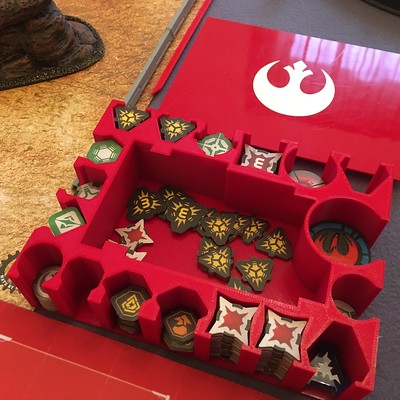 Boba Fett looks stunning and I really am taken by all the extra gadgets you have managed to unearth.

Fett looks great. Looking forward to seeing him on the table, if only "virtually" for now!

@MichaelAwdry, when I first started playing Star Wars: X-Wing Miniatures about 7 years ago, I had piles of markers, tokens etc. lying around the playing area. Since then, 3D printing, Etsy, etc. have really gotten big. SWL has even more impedimenta, so I looked around for stuff to help deal with the clutter.

Fifteen years ago, the state of the art for table toppers (that weren't permanent, diorama-like tables) were flocked 2" thick foam boards that folded in three or four sections (for 6'x4' or 4'x4' play areas). Nowadays, various types of rolled up mats are the rule; they take up way less space and are easier to transport to an event.