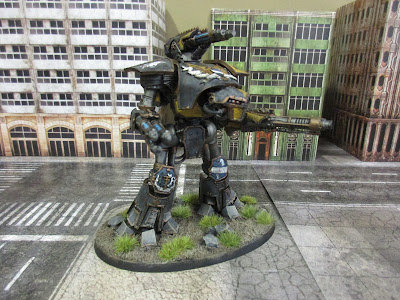 I've been a bit remiss in posting here as I've been madly painting in the Analogue Hobbies Painting Challenge. As the Challenge has ended, now it's time to play some catch-up and repost a few models here on our home blog. This is the Legio Gryphonicus Reaver Titan I painted for the "Altar of the Snowlord" - the final room of the Chambers of Challenge. 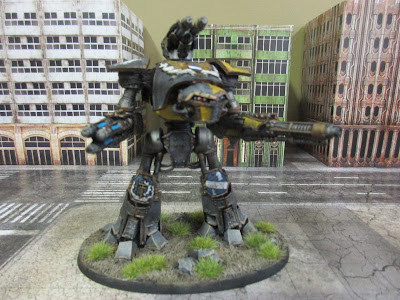 Here we see the Reaver equipped with Laser Blaster and Volcano Cannon arm weapons and a carapace-mounted Turbo Laser Destructor. 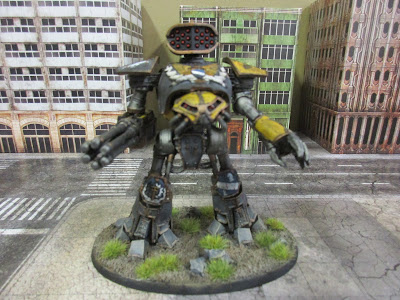 But wait - there's more! I painted all of the weapon options for the Reaver and magnetized them for easy swapping - here the God-machine is seen equipped with a Gatling Blaster, power fist, and carapace-mounted Apocalypse Missile Launcher. And a different head, to boot. 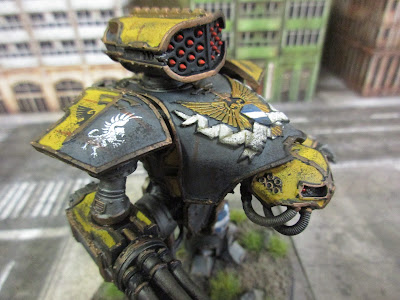 A close up look at the Reaver's heraldry on its shoulder pauldrons. 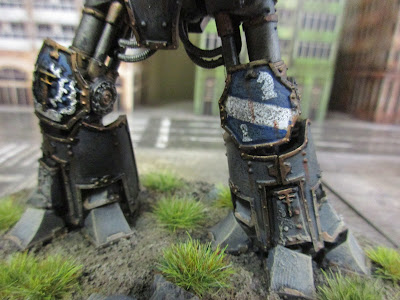 ...and on the knee armour. Notice anything funny going on here? 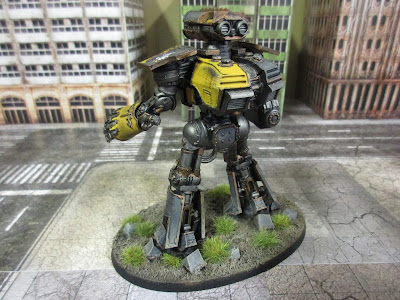 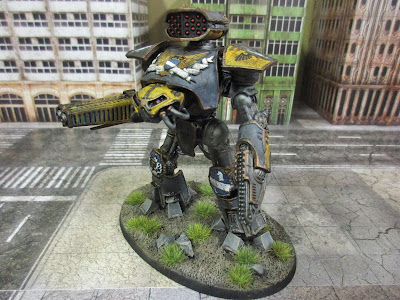 Here's another weapon combo - Melta Cannon and Chainfist. It tickles!! 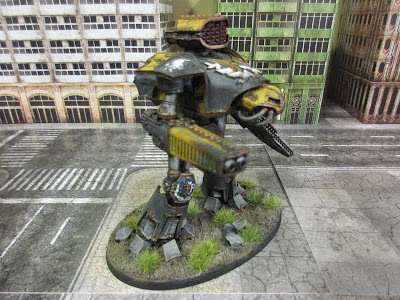 What a cracking model. 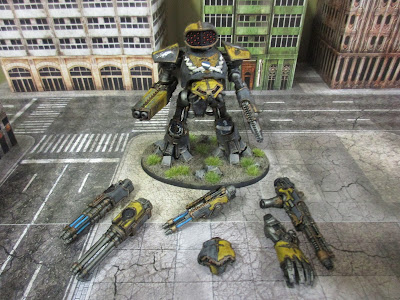 Here's the Reaver with its extra bits. 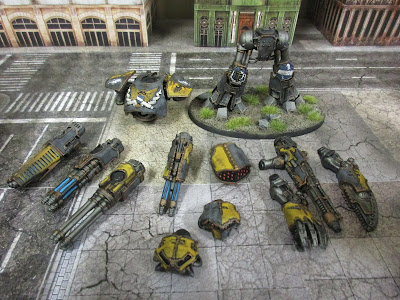 And broken down into its component parts, all magnetised of course.

I really need to finish this model within the Challenge window as a lot was riding on it - Conscript Mike painted up a 3D-printed Legio Gryphonicus Warhound and offered it as my prize should I complete all of the rooms in the Challenge, so how could I resist that! Anyway as noted above I'll be paging back through some of my Challenge entries and posting them here - it could take awhile though!

What a lovely beast of a machine Dallas - really well done.
As the newest-painted Titan, I expect nothing less than tabletop domination...by that, I mean its void shields will fail on the first turn and the Titan will disappear in a catastrophic reactor explosion after suffering a single hit...

From your lips to the God-Emperor's ears ;-)