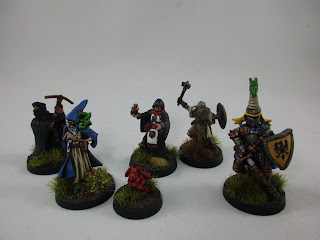 In preparation for the traditional New Year's Day game (this year - Otherworld Fantasy Skirmish) I put brush to model and cranked out a half-dozen new miniatures for us to play with. 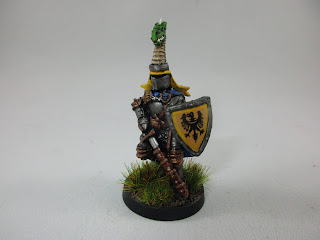 The wonderful people at Otherworld contributed several, including this excellent Paladin. Unfortunately, I didn't care overly much for the head, so I swapped it for one from a Bretonnian Knight of the Realm, and I think it worked out quite well. 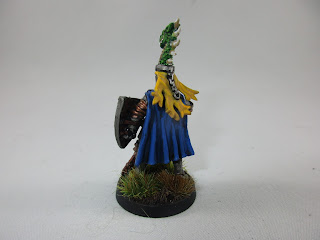 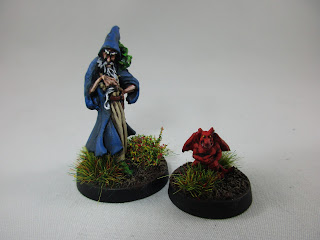 This evil mage and familiar also come from Otherworld, and I really like the wizard's nasty facial expression and gnarled hands. The familiar is just cute! 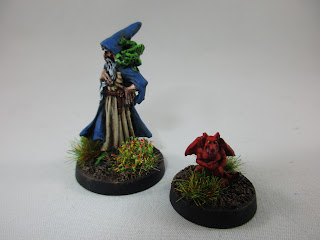 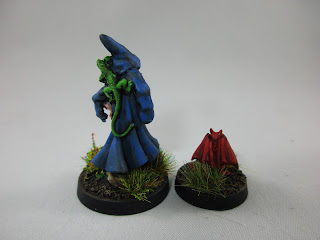 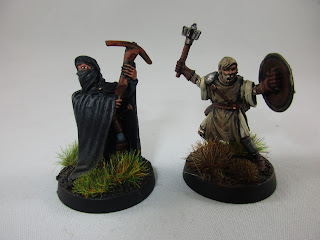 These two come from Rebel Miniatures. Definitely a tier down from Otherworld but they share the old-school flavour all right. 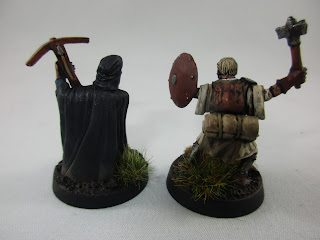 I added some equipment to the cleric to give him more of a dungeon-crawling vibe. 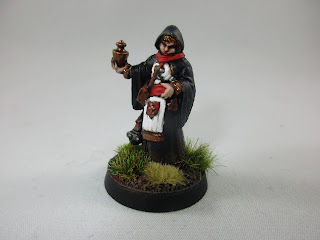 This model is a quasi-resin piece from Reaper. I'm always in need of more clerics to fill out the murder-hobo bands and this model has more of a "heavily-armed nun" feel which is cool. 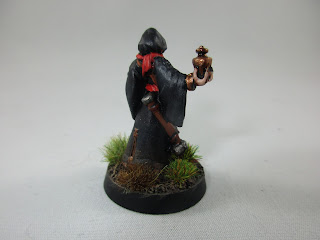 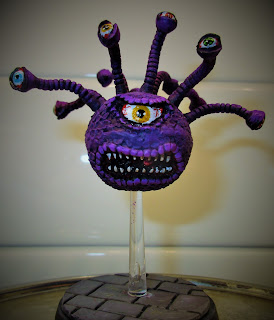 Lastly... how about this guy to strike some terror in the hearts of adventurers!! It's the "Eye Tyrant" from Otherworld. I'd put off painting him for some time, basically through fear of assembling him. The "body" comes in two halves, but each eyestalk is a separate casting and there is no real guide as to where to put them on the body. I really should have pinned them (the join is just bare metal-to-metal) but I'm lazy so I didn't bother. Looks pretty cool painted up though eh?

Stay tuned for the report on today's seven-faction mega dungeon battle!
Posted by Dallas at 11:35 PM

Great stuff dude - that Paladin is fantastic, and I love the monster...