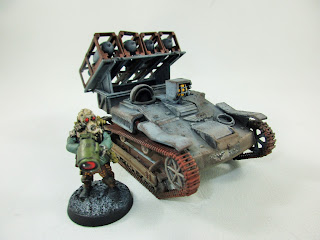 So you know how some things just hang around your painting desk forever in a state of half-completion? Well, that's what this project was like for me. I reckon it was about two years from start to finish (!) but now it's done and I can move on. 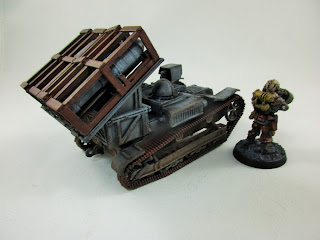 I was at a local model shop one day and spotted an inexpensive Polish-made 1/35 kit of a funky little tankette, the Renault UE. After the fall of France in 1940, French UEs were pressed into German service, including as launcher platforms for the ubiquitous "Wurfkoerper" rockets. I decided to build the kit for my 40K Chaos Renegade army to stand in as a Manticore SP rocket launcher or even, with rockets removed, as a Centaur artillery tow. 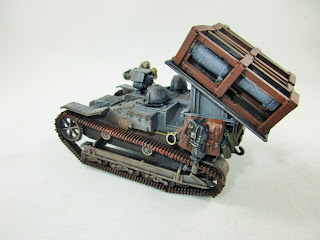 I built the kit pretty much from the box with the addition of a few 40K gubbins like the searchlight (of course) and stowage, plus an Imperial emblem on the hull top, and the Renegade peeking out from the crew compartment. I also constructed a new supporting structure for the rocket array, since the kit version didn't look robust enough to stand up to gaming, and I wanted some flexibility in configuring the vehicle without the rockets. 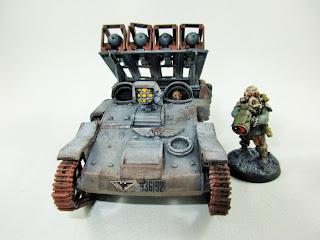 Looks like my assembly of one of the Wurfkoerper racks was a bit wonky ;-)

In any case, the rack I built from plasticard slots in and out of the rear compartment quite handily. It's only the work of a few moments to switch off from the launcher vehicle configuration. 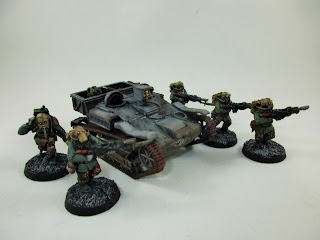 The other configuration for the vehicle is as a "schlepper"/artillery tow/light carrier. 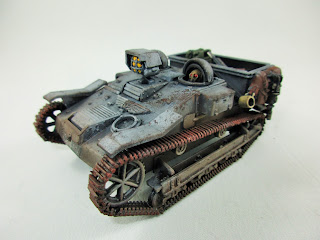 I built an insert for the cargo compartment with a couple fuel cans, a lasgun, and a pack to represent random stuff that might be carried around. 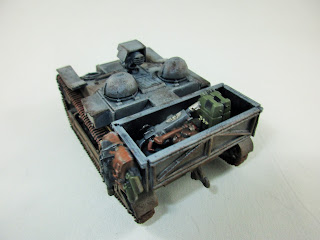 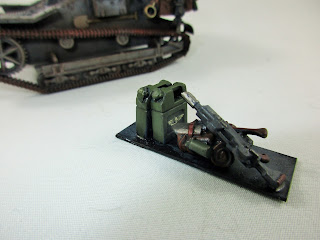 The insert is built on a piece of plasticard that just slips into the bed. The rocket array replaces it in the bed if that configuration is desired.

So that's that - project completed. Good to get it out of the way, and I can only hope that it inspires other converters!
Posted by Dallas at 3:30 PM

Worth waiting for! Absolutely marvellous...

Thanks guys! @Geordie, I agree, when I saw the original kit I was struck by the "40K" vibe!

Great work Dallas - we need to get those renegades out for a spin again soon!