I also took part in the madness that included Eureka miniatures and shoddy tank kits (with the exception of some excellent resin and solido vehicles). As with any game period, I like to collect the British. I also collected my own small force of Germans (much like Dallas) and because I got a good deal on some French VAB's and some excellent French infantry from some company I can't recall - French! Below are some pics of the various NATO units. 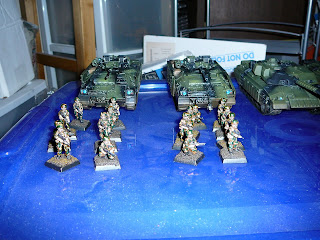 Note the lack of gas masks on these British infantry. They tend to have a rough time in our chemical filled WWIII games. 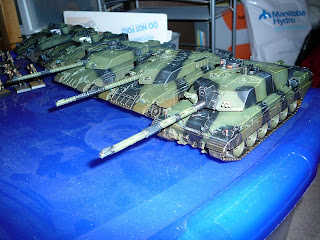 Here are two Kitech Challenger 1's and a Challenger 2 from Imprint Models - Total opposite ends in terms of quality. 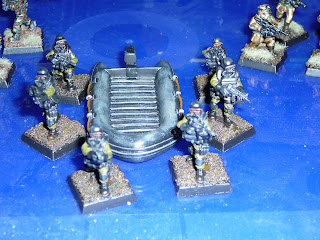 Frogmen from Eureka. I intended them to be used as SBS, but they seem to hunt zombies more often. 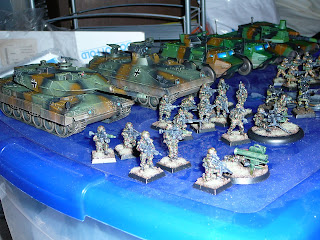 No issues with poison gas - well they have issues with it, but less immediate than with the British. 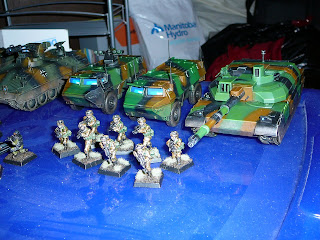 The French have played one game and I think they did ok - much to everyone's surprise.
Posted by MFraser at 9:21 PM

Beautiful collection, french's VAB are Solido but the battle tank "Leclerc" is from ?