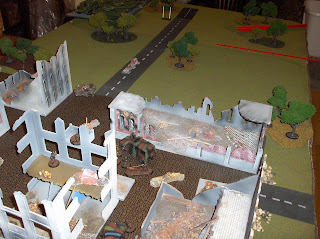 Two weeks ago I hosted a fun WW3 battle between my Bundeswehr and Greg's Warsaw Pact army (aka the Chemical Commies).  I'd just painted some new BW tank-killers with Milan ATGWs and the time was right for a wall-to-wall Pact tank assault to test them!  We chose a "breakthrough" scenario that required the Pact to get into the BW deployment zone by the end of the game.  The BW had a few infantry sections and a couple Milan teams.  Pact had 3 T-80s and some BTRs packed with gribblies, plus some disposable scout cars... 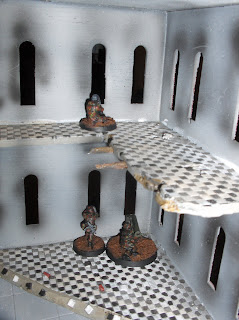 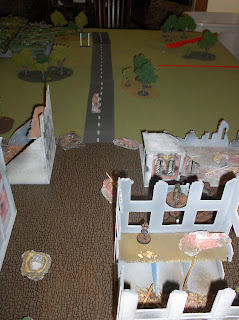 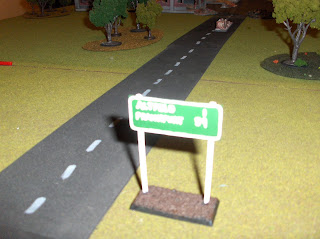 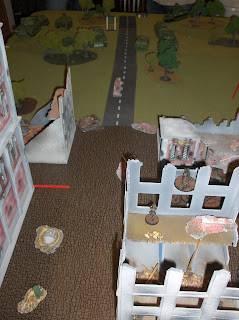 View from the town.  Pact vehicles just over the horizon... 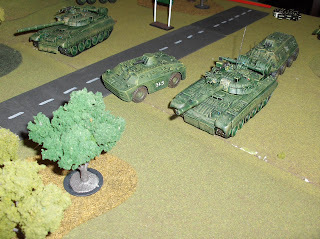 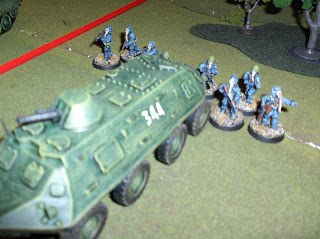 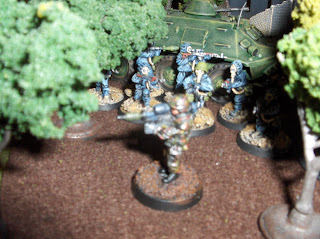 Lone BW trooper with Panzerfaust 3. "Dude - BEHIND YOU!" 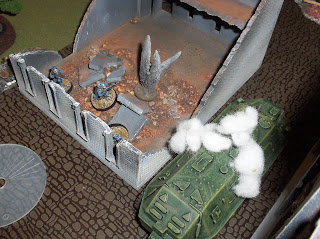 Blowed-up BTR in the town. 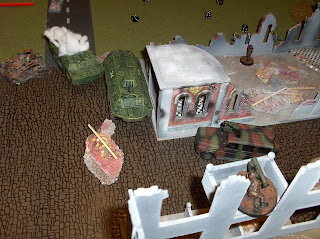 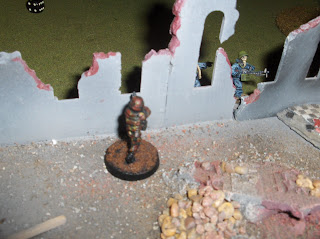 Last man standing for the BW.  A newly painted model no less!
The game was great fun as our WW3 games tend to be.  We played with a "persistent gas" rule that meant my BW guys who were sans NBC gear suffered a slight penalty to morale and firing, that was cool.  The Milans and PzFst 3's were alternatingly deadly and useless as several Training checks were failed at key times, but they did enough to keep the Pact at bay.  The game ended with the last Pact vehicle blown up in the town - a German win.  But one can imagine the dismay of the BW survivors when 15 minutes later, another identical Pact task group rolls up the road...﻿
﻿
Posted by Dallas at 2:46 PM

Who knew WW3 could be so fun?
Can't wait to get my new BMP2s into the line...will provide a bit tougher support than the aluminum-can armored BTRs.

That game looks like it was good fun! I hope that I can take in one of these when I'm out sometime in the future.