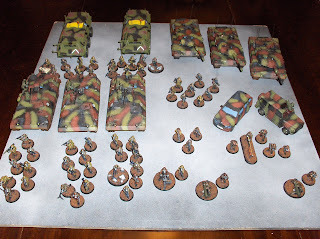 As Greg and I put on a "World War III" game for the lads last night, and I had the Bundeswehr boys out anyway, I thought I would take some photos of the army for the blog. 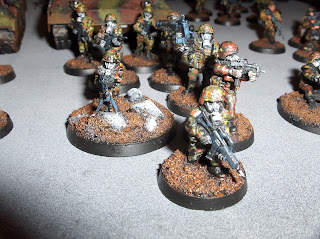 The origins of this particular project go back several years, when Eureka Miniatures brought out their range of Soviets in NBC gear, sculpted by Kosta Herastinides.  I managed to convince Greg to go in big time on the "Chemical Commies" and I committed to building a BW army to defend the North German Plain against the Red Storm! 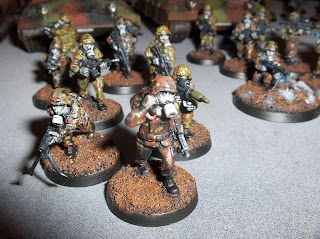 Since then, I think I've painted at least one example of every model Kosta has sculpted for the Eureka BW range! 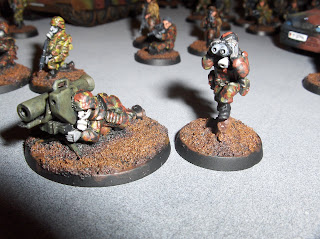 The Milan ATGW teams are a particularly welcome addition given Greg's proclivity for wall-to-wall armour ;-) "Diensthunde" dog teams are part of the Bundewehr's airborne forces and are used for various battlefield and rear area tasks. 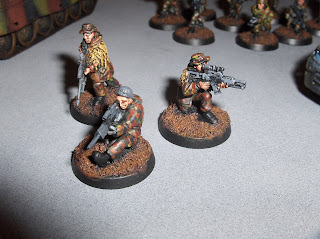 BW snipers with a variety of weapons. 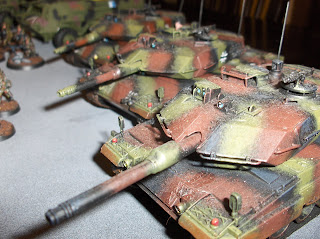 The armoured component consists of Leopard 2A6s in 1/48 from "Kitech".  Very inexpensive and paint up convincingly, I think. 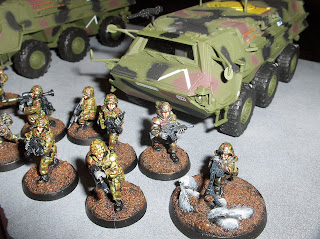 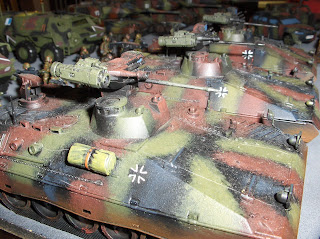 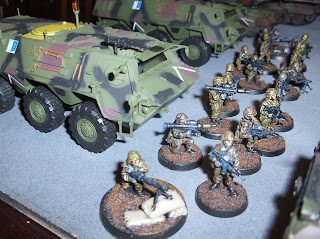 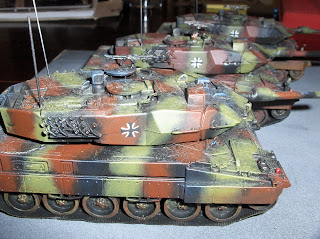 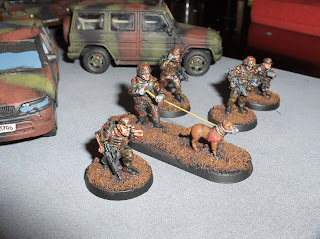 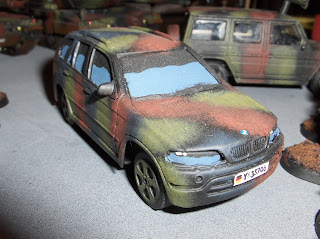 "The Boss's" personal vehicle - BMW X5 in camo.  Mercedes-Benz G-wagen in background.  Both are die-cast toy cars, repainted.
Posted by Dallas at 7:02 PM

What rules do you use for modern skirmishy stuff?

For rules, we use a set that Greg and I wrote called "Red Storm!". Very fast playing and good fun.

When I get back to the city I'll post my various NATO forces (French, British, German)

That is a very cool force. I particularly like the snipers and the K9 teams.

Your collection is so huge that you need to invest in a duster. It looks like those thanks have been tackling with a (to them) Godzilla-sized cat.

I love those fuchs tpzs.
The only equivalents ive found are 1/43 diecasts from Schuco. Is it those or is there actually some 1/48 models out there?

Sadly they are indeed the 1/43 models. I'd love to get some more BW vehicles in 1/48 (Luchs!!) but none seem to be available anywhere.