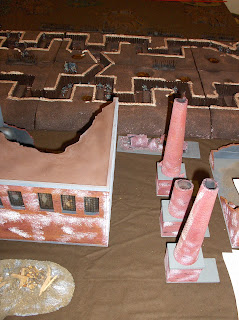 This past Thursday I ran a Great War game for the lads, (loosely) based on the battle at Lens in 1917.  The Canadians rolled out with a combined arms force of infantry, tanks and cavalry (!) to face some seriously dug-in Germans.  We used the "Blitz" scenario and rules from "Warhammer- The Great War", a set which I like. 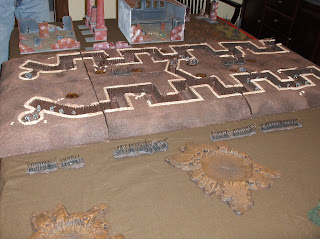 The view from no-man's-land, German trenches and Lens' ruined brickworks in the background. 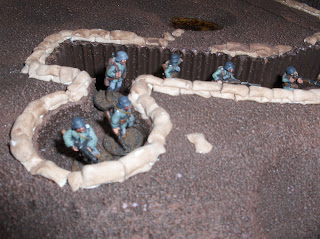 Germans bring up their MG08/15 to wreak some havoc. 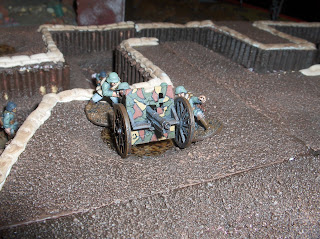 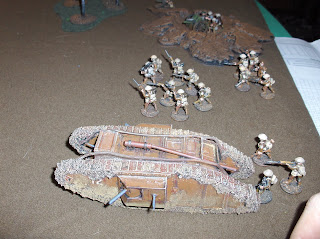 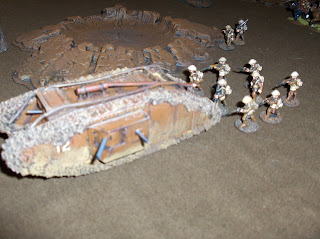 Tanks approach the German trenches.
The Germans mostly wisely kept their heads down in the opening turns! 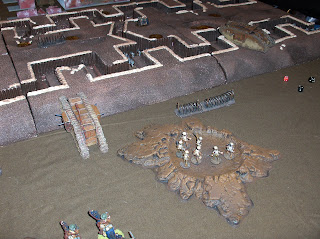 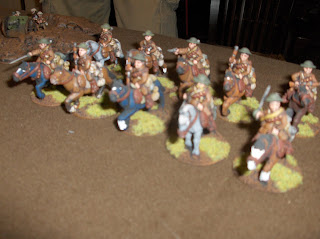 Cavalry arrived in reserve, ready to make the "breakthrough"... 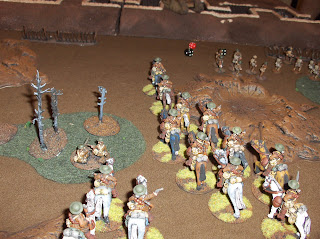 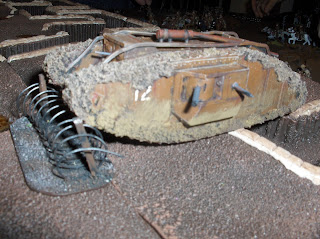 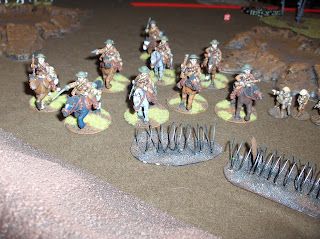 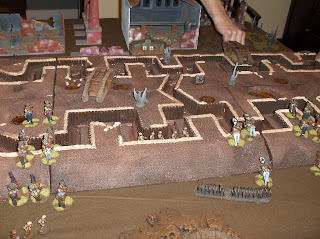 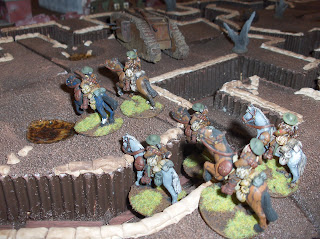 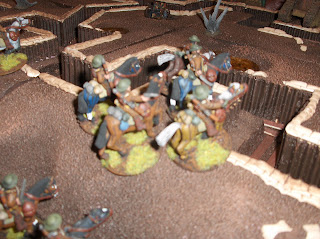 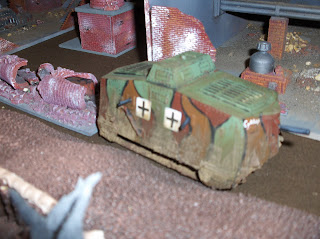 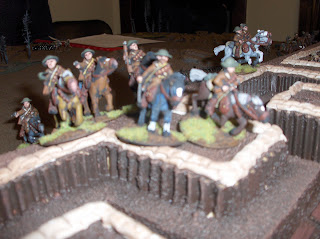 The game was pretty exciting and came down to the last turn.  The Canadian objective was to eliminate all German scoring units, or have a scoring unit of their own in the zone behind the trenches.  Random game length brought proceedings to an end with only one German scoring unit left in play and the tanks about to roll into the rear area (though they're not scoring units themselves).  The cavalry was left in reserve and poor reserve rolls meant they arrived about two turns too late to make a real difference.

The Canadians had about twice as many points as the Germans, as recommended for the scenario.  I thought that the Canucks would dominate but that wasn't the case, the Germans mostly kept off the firesteps in the bottoms of the trenches and waited for the Canadian assault, while whittling them down with MG and 77mm fire.  A fun game!
Posted by Dallas at 3:09 PM

That was an awesome game. I have to give a lot of credit to Brian - he really kept those clunky tanks moving.

As usual, having units in "reserve" never works out...

Excellent report on the game. I love the trench works.