Armies on Parade: The Expendables 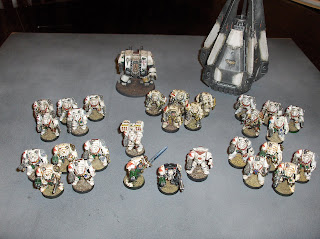 "Armies on Parade" is turning out to be kinda fun as I'm breaking out stuff that hasn't seen the light of day in awhile, like this Deathwing army.  I actually didn't paint most of the models in this army, they were painted by Conscript Sean (correct me if I'm wrong in that Sean).  They ended up in my collection via Conscript Dave V. who was building his own Deathwing and had intended to strip these and repaint them (!) 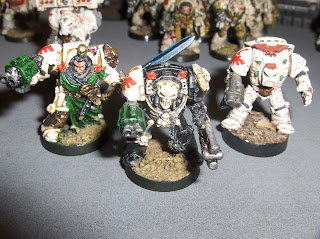 I've always liked Sean's work and since he has moved away, it's nice to have some of his stuff in my own collection. 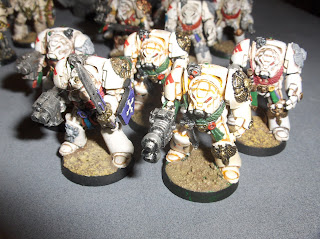 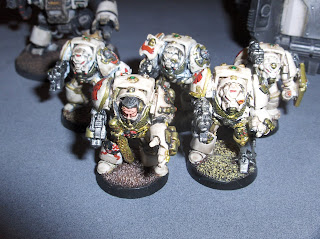 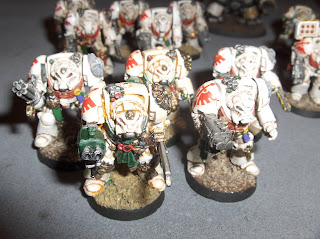 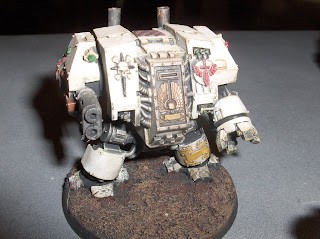 I added a Dreadnought from the Black Reach set and a Drop Pod to round out the crew.  They don't see much action but that's OK.  They're veterans and deserve a rest ;-)
Posted by Dallas at 7:14 PM