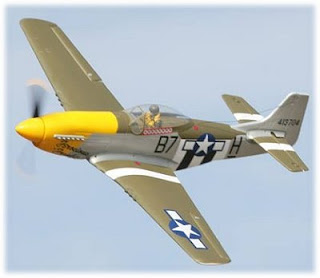 One of the top secret OSS pilots in action last night

Last night Kevin H, Brian, Bill and myself successfully fought a "Check Your Six" mission where Kevin's pilot, an OSS secret agent, was succesfully inserted into Nazi Germany using the ruse of getting shotdown in a dogfight. Dallas, Cam and Dave, playing the pilots of a top German protection squadron escorting an experimental Luftwaffe aircraft, were the unwitting dupes to our brilliant ploy.

Using brilliant advanced flying tactics, Brian, Bill and I were able to leave Kevin isolated on one part of the board, so Cam could "shoot down" Kevin. Of course, by counting on Cam, we were taking a big risk, and it was close run thing, as Cam, despite being armed with two cannons and two heavy MGs, did nearly no damage to Kevin's plane through an initial round of firing.

The Luftwaffe side, convinced the dogfight was legitimate and that it was critical to "protect" the Luftwaffe prototype that would have zero outcome on the war, didn't suspect a thing!

We were awesomely successful in the end. We also managed to avoid shooting down any of the Luftwaffe pilots, who would have suspected something when they bailed out and landed close to Kevin....
Posted by Greg B at 12:20 PM

Wow! Sounds like a close run thing. It's always hard to know just how unsupported you should leave another plane. You don't want to let on that something is up.

It's missions like this where the record of selfish, irresponsible flying you built up carefully over several prior games really pays off.