"Buzz" Beurling over the Med

Sorry for the late post. I finally got around to writing up the Check Your 6! game held in honour of the visit of Conscript Sean, who now lives in Ottawa. We played the "Operation Pedestal" scenario again, minus the Stukas and a pair of Spits.

Here's Sean, who ran a pair of Spitfires, led by the Canadian ace, George "Buzz" Beurling. Kev ran the other pair of Maltese based fighters. 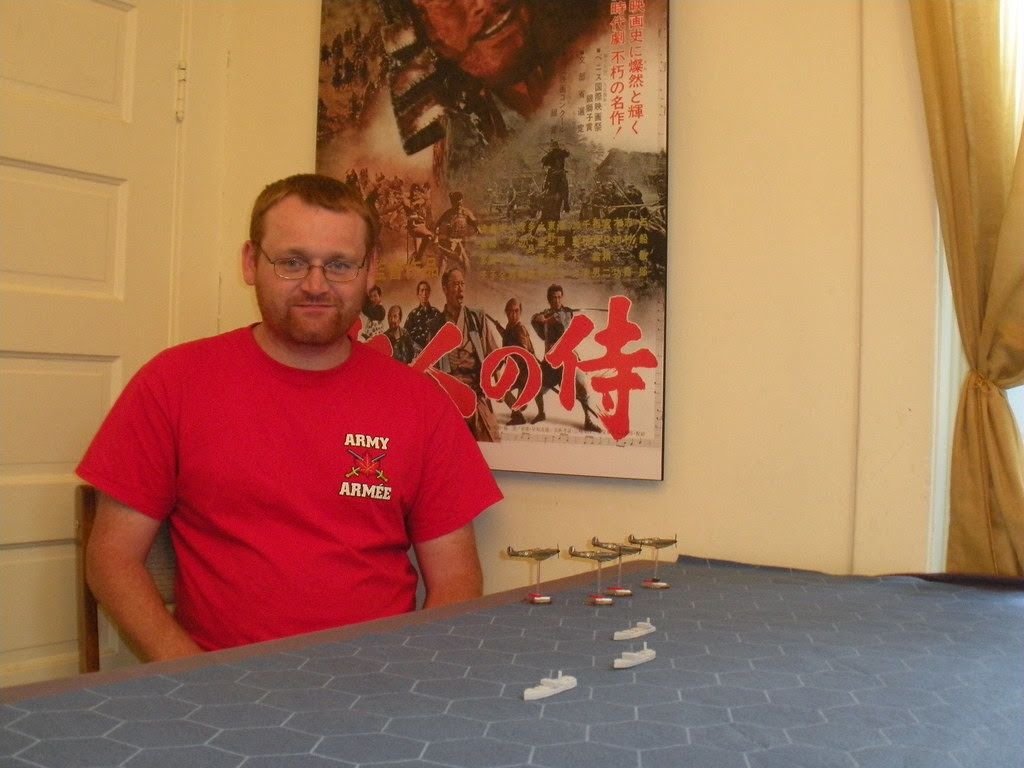 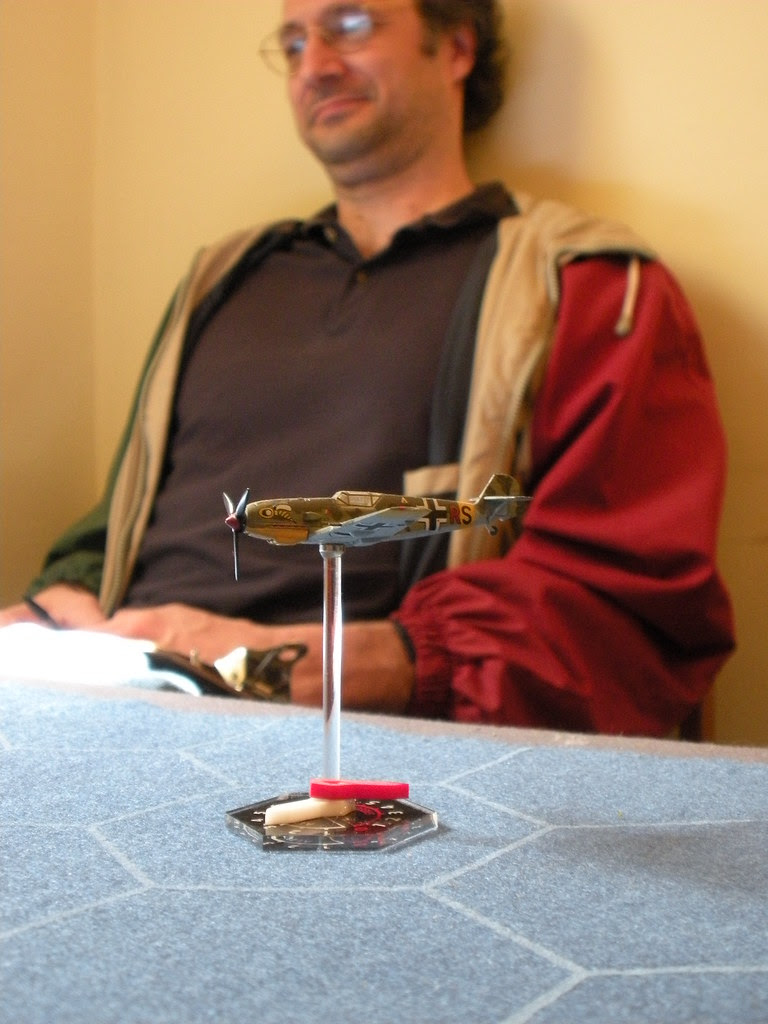 The three ships all had light AA, which shot indiscriminately at the closest plane. Very historical. 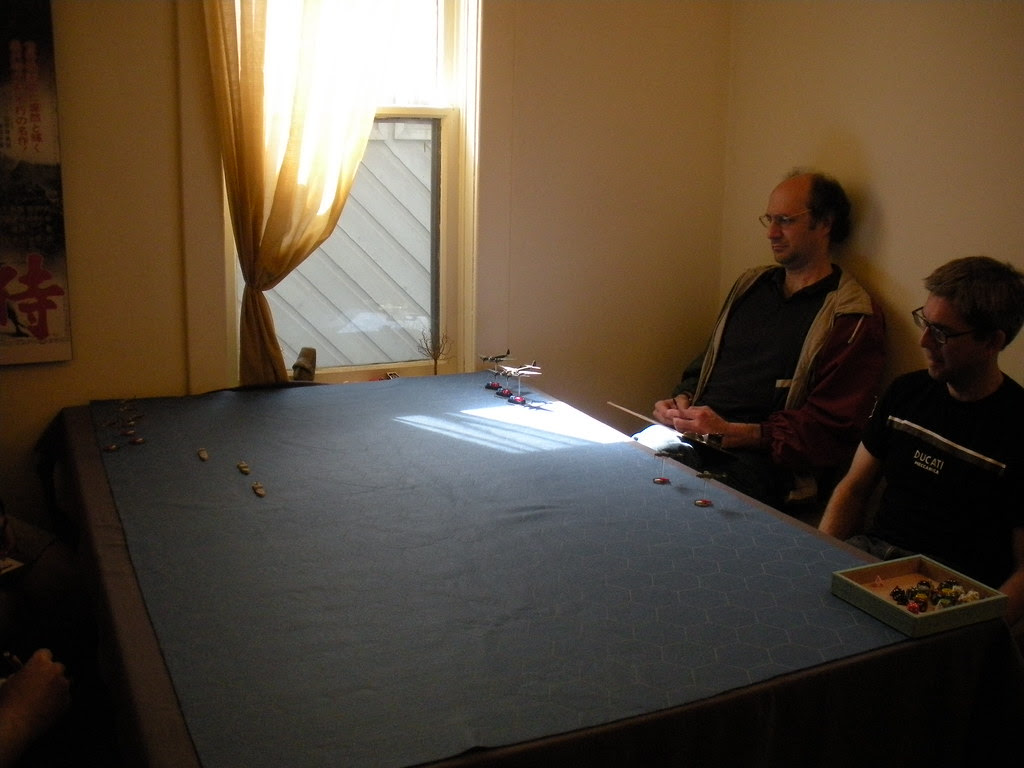 Things went wrong from the beginning, due to the Luftwaffe's setup. In hindsight, the bombers and escorting fighters should have swapped places. 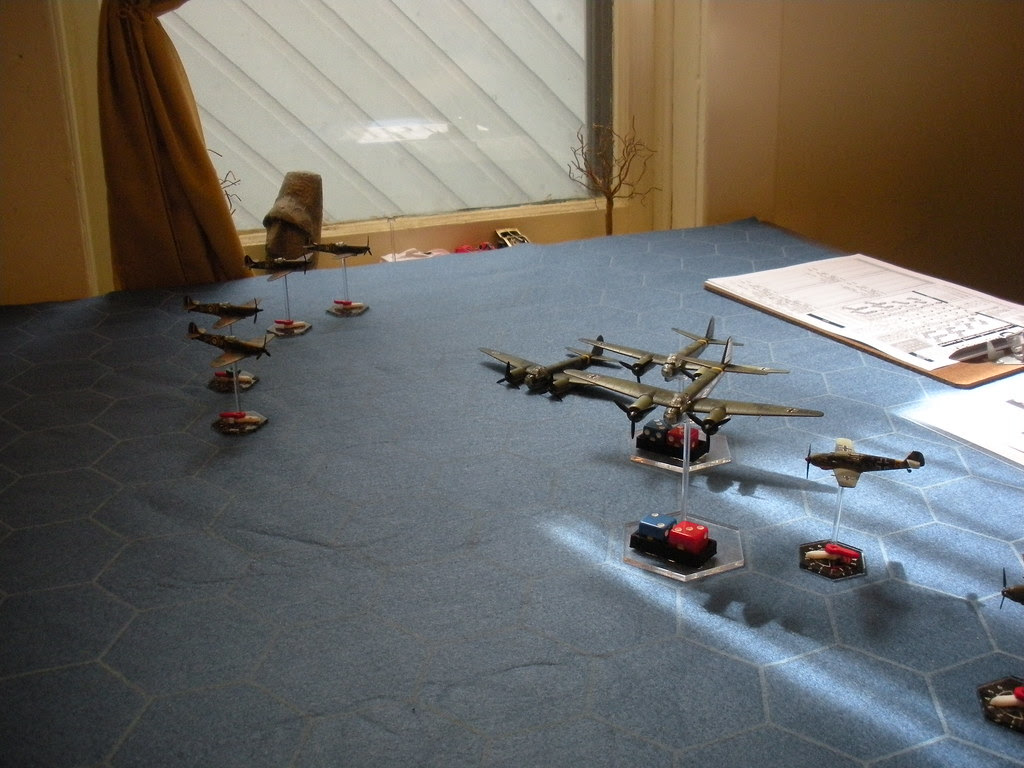 As it was, the Spitfires were able to get good positions on the bombers, shooting down two bombers in rapid succession. The Bf-109s tried a head-on pass, losing one fighter for their trouble. The lead bomber is getting shot at by the ships, hence the splashes. 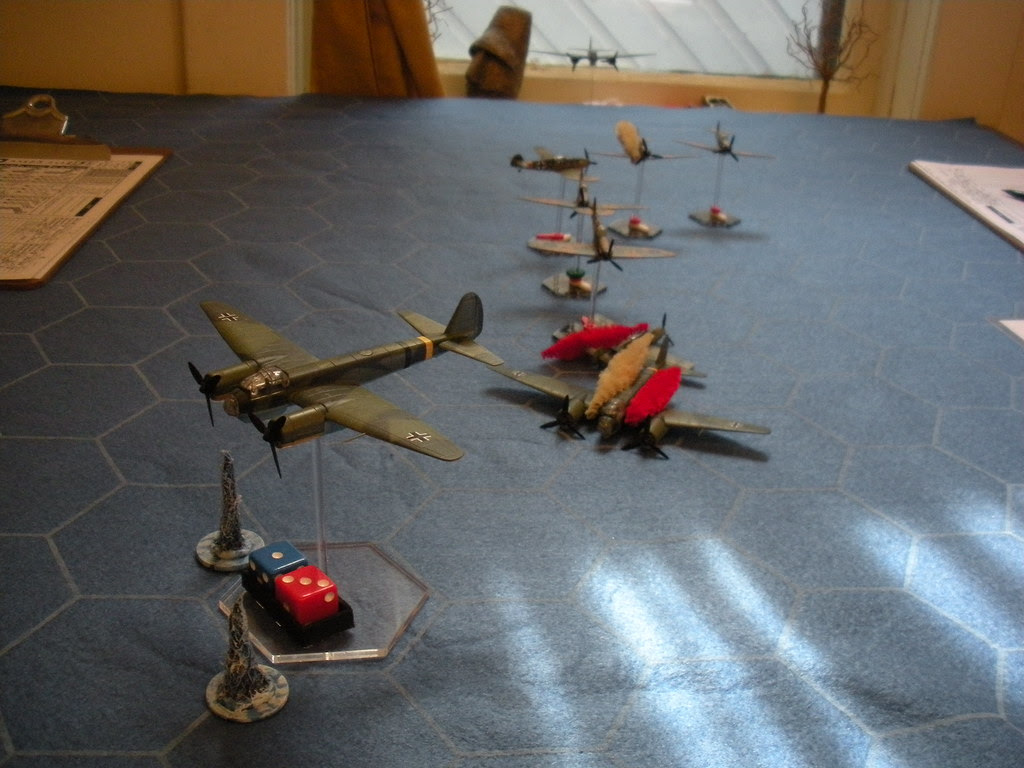 The trailing Spitfire, damaged by the lead Bf-109, failed to shoot down the bomber. The JU-88 managed to drop its stick of bombs (more splashes) but missed: 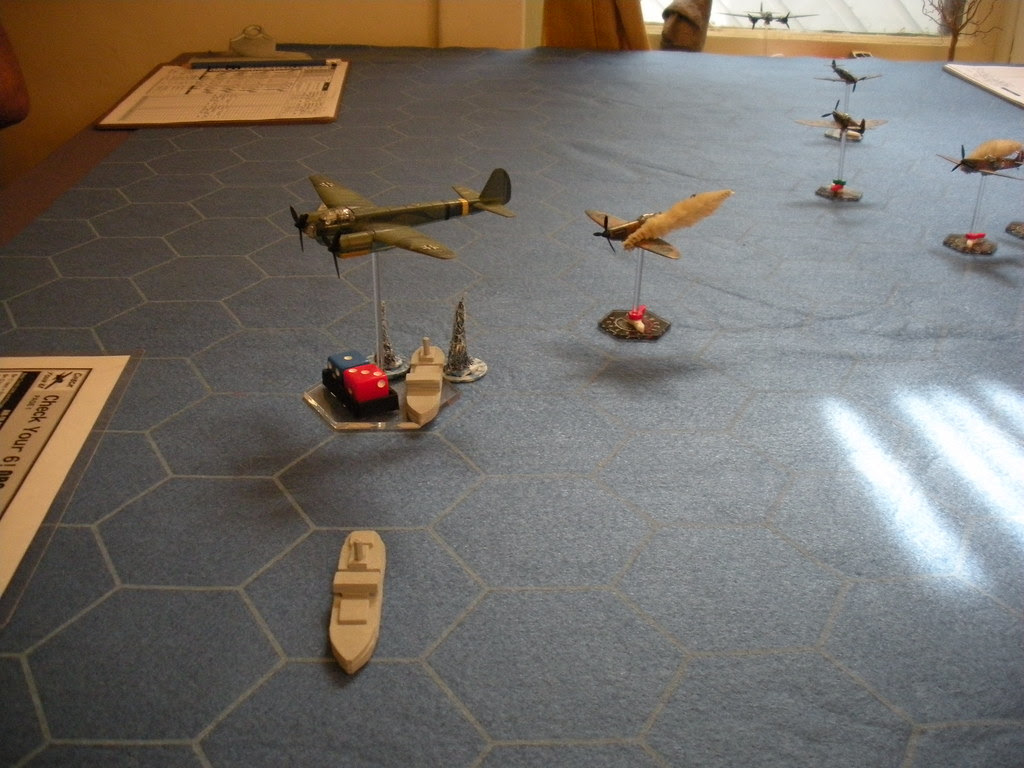 In the end, Buzz Buerling merely damaged a plane. However, his wing man was credited with downing two bombers.

The final tally was two splashed JU-88s and a Bf-109, in return for a couple of damaged Spitfires. This is in direct opposition to the result the last time this scenario was run, which was a clear Luftwaffe victory. Maybe the scenario is balanced after all...

Last time those of us on the German side really benefitted from the "heroic" (read - unfortunate) AA efforts of the ships, which really harmed the allies. Sounds like this time the Luftwaffe was not as fortunate in that regard..

It's rather ironic, actually. This time, all the ships had AA. The Spitfires managed to survive their fire to line up those "6-o'clock" passes on the bombers.

I should have added that in the prior engagement, the Luftwaffe side also benefitted from Kevin H's amazing laser-guided bombing...