This Thursday - Introducing a "complex" man 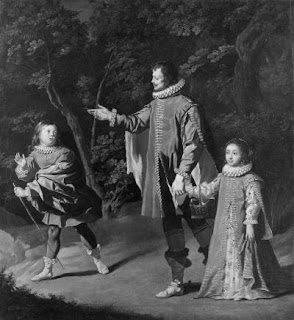 The world's most complex man: "I don't always drink beer, but when I do, I prefer Lucky Lager"

Our game this week will be staged by Curt C, the original Fawcett Avenue Conscript! Here is the setting from Mr. C:

Near the border of France and Spain, July 1666…The Duc d’Urbanville, a French nobleman, is acting as an emissary for the people of his region to the king of France. He is what some people politely term “a complex man”; he is a Basque, a Huguenot, a gambler, a rake, a duelist and somehow not surprisingly, a defrocked ex-priest. Nevertheless, due to his high birth, wealth and social station he is also an extremely powerful man, and though hated by many he is courted by the elite of European society.

Though d’Urbanville carries a Royal Seal giving him security and great latitude while he makes his way to Paris, he has decided for the sake of security to travel quietly with his son, his household staff and a modest retinue of Scots mercenaries. In order to better facilitate the negotiations with the French king and his papist Cardinal d’Urbanville has brought along several Catholic relics and other gifts to present to the King’s household. D’Urbanville and his party have stopped for the night at a small village with an ancient keep, as it is the final way-stop for quite some distance.

Nonetheless, the doings of such a man as d’Urbanville has not gone unnoticed… Near to the Keep swords are being sharpened and flintlocks primed, with many men vowing that this night the Duc and his household will pay for its many sins.

Sounds pretty cool! See you all on Thursday.
Posted by Greg B at 8:10 AM