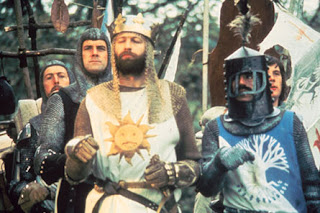 Last week the conscripts assembled at my place for another great 1/300 game set in an imaginary World War 3. For rules we used an adapted version of Epic 40k - blast markers and all, although the basing scheme was the same as Spearhead i.e. one base equals a platoon. The table was 6'x4', with the Warsaw Pact entering on one of the short edges, and attempting to overrun as many objectives as possible.

The scenario featured a full Soviet brigade of two BMP-2-equipped Motor Rifle battalions and two T-80U battalions backed by a battalion of SP 122mm guns and a flight of Hind attack helicopters all trying to run over three BAOR combat groups (painted by Mike F) and a mixed battalion of Bundeswehr tanks and panzer grenadiers. The BAOR had a mix of mechanized infantry in Warrior IFVs backed by Challenger I MBTs and SP 155mm artillery. They also had one dismounted battalion of infantry. NATO also had a flight of US Apache gunships on hand for assistance. 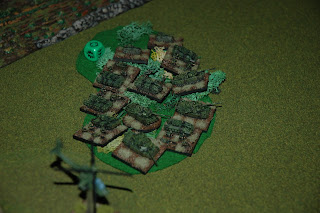 Mike F's excellent GHQ brits - looked great, even as they got hammered.

To add some threat to the game, NATO received two fire missions of "precision guided munitions" - artillery specifically designed to knock out tanks. For their part, the Warpac players were given a fire mission of non-persistent chemical warheads for use with their 122mm howitzers.

Dave V, Bill and Brian rolled out with the Soviet forces. Mike F, Mike B and Cam went with NATO. 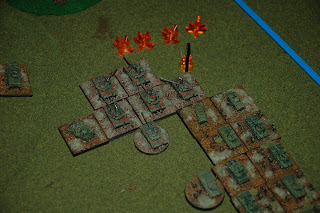 T-80s take losses in the face of some MILANs on Overwatch. The battalion commander took umbrage, and dialed up a MAD response...

Overall, it was a rough outing for the BAOR/NATO force. They had bad luck on command rolls, helicopter attacks and especially artillery spotting (suffice to say their SP 155mm moved more than it fired - was that kind of night). While NATO did manage to use their PGM artillery (a round-type which had been devestating in a prior modern Spearhead game), it had a negligible impact. Most success came from infantry units on Overwatch firing their ATGW systems (MILANs and TOWs) - they wrecked many T-80s, but not enough to stop the red tide. 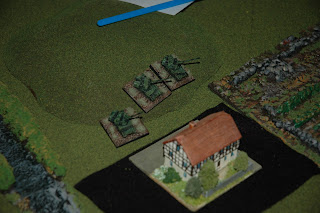 British artillery - too much driving, not enough firing...

On the other hand, the Soviet command did not hesitate to make use of their chemical munitions against the first BAOR unit to give them a hard time - in this instance, the poor dismounted lads dug into a hill in the center of the table. The impact was dramatic, and the hill was quickly vacated as the squaddies fell back in disarray. 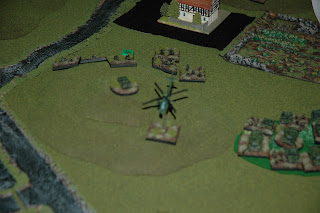 There is a funny smell on this hill...

Brian, Dave and Bill were a picture of Warpac efficiency, concentrating massive fire against the different NATO formations in each turn, while the Hinds stalked the battlefield strafing survivors.

The mood of NATO was best captured by Mike F, who compared the Hind to Mobey Dick, and urged that all efforts be exhausted to knock the thing out of the sky...which they managed to do. However, they could not stop the two Soviet battalions bearing fully down on a bridge that was a key objective.

We called the game after six turns, with the Soviets about to achieve a clear victory, and the British were checking the highway maps for directions to Dunkirk! Thanks to everyone for coming out to play. Mike F continues to paint up new, awesome looking stuff for his British force. I anticipate that some more Challengers, and some AAA vehicles, will be up next! 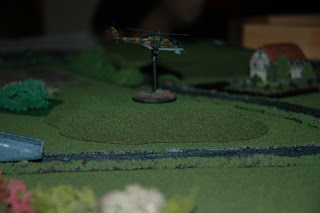 In the meantime, a parliamentary inquiry will be in order to investigate the loss of an ENTIRE component of the BAOR battlegroup. The West German parliament may investigate as well - assuming there is still a West Germany to host it...
Posted by Greg B at 12:14 PM

I re-based some more Warriors and plan to buy a few models to convert some AA systems. I'm also going to round out the 80's force with some MkV Chieftains. Hell, I may even get a Harrier.

Bring on the Harrier!
I think you should look at some choppers though, too - could make that infantry force into an air-mobile unit - good times.

Would that be the Cougar? How many platoons per Helicopter base?
I have some Warriors that I have based without infantry, so I'm going to re-base them with those infantry platoons.

In retrospect, I am surprised at how willing we, as the Soviets, were to use poison gas weapons.

I remember watching Gwynne Dyer's "War" series. IIRC, a Soviet general stated something to the effect that a country would not fail to use all the weapons in its arsenal.

Dave - the scenario imagined the Soviets to be more along the lines of the general you mentioned...maybe we'll have a SCUD next time.

Mike - the Cougar would be the helo - about three bases per chopper.