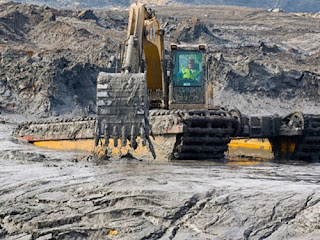 On the Plant Toxo IV, the Imperial Governor marvels at just how hard it is to keep producing the toxic sludge which is vital for the Imperial war machine. First it was an air strike by Orks early in the New Year, damaging several factories and causing him to miss his first quarter quota (meaning his favourite executive assistant had to pay the price, and was now condemned to life as a fifth-class colon servitor).

No sooner had the factories been repaired, the dead workers recycled, and the investigation into the failed air defences completed, then the Tau invade the planet and capture the factories! In the ensuing weeks, terrible rumours have emerged as the Tau have taken over production, including reports of a foul collective agreement with the workers providing maternity leave, pay for overtime, and the right not to be summarily executed for missing personal daily productivity quotas. Such blasphemy can only lead to Chaos.

Now, he watches as the Imperial Guard prepare to carry out a daring joint air and ground assault to recapture the facilities from the Tau. He has shared as much intelligence as possible, and is praying the assault succeeds. The Sector Overlord has made it very clear who is next in line for “servitor conversion” if Toxo IV should fail to meet sludge production quotas for a second straight quarter…

Be sure to join us this week as I unveil my most shameful acquisition in the history of my hobbying - Epic Tau! 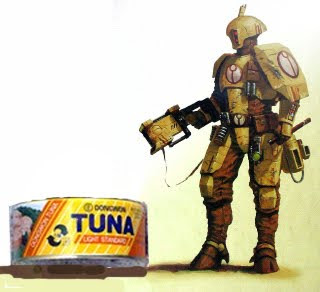 Toxic sludge from Imperial factories actually helps to create rations for the Tau.
Posted by Greg B at 1:59 PM

If the Imperials win, the sludge workers will no doubt lose that monthly team building weekend on Falatio Primaris.

Great game, Greg. Can hardly wait for your battle report. Remember, for the Imperials, "draw = win"!!