This is the sixth Lord of the Rings project off the workbench since the middle of December. It is a group of Dwarf heroes, specifically two Dwarf kings, Gimli, son of Glóin, and Múrin and Drár, a pair of inseparable Dwarf adventurers. 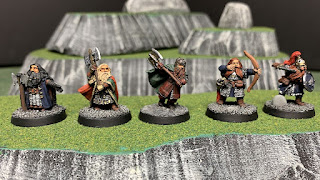 These all started with a black primer coat, followed by acrylic base colours, drybrushed highlights, and the occasional wash to accentuate the shadows  where necessary. I find doing a set of miniatures of such variety a slow process since there is only a small area of any one colour. I spend as much time switching paints and cleaning brushes as I do actually painting. Still, I am happy with the final results.

"Dwarf Kings rule the realms of the Dwarves across Middle-earth, from Ered Luin to beyond the Iron Hills. Gruff and uncompromising, they are firm allies to their friends and grim death to their foes." These are two of four different sculpts of Dwarf kings that were available from Games Workshop. They don't have specific names, so they can stand in for Durin or Dain Ironfoot as necessary. 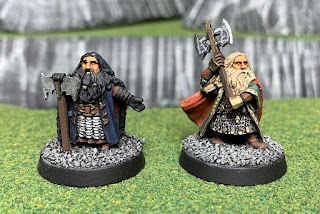 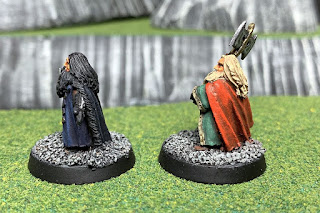 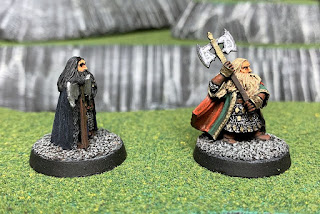 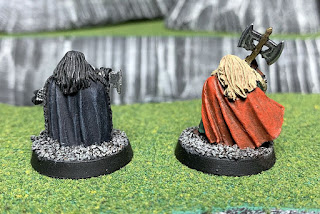 "Like all Dwarf-kind Gimli, son of Glóin, is a grim and plain-speaking but also doughty warrior. He is a strong arm in a fight, able to wield his deadly axes with a skill that surpasses all but the greatest Dwarf warriors. Many are the Orcs  who have fallen beneath his blade. When King Dain is troubled by the emissaries of Sauron, Gimli is chosen to accompany his aged father, Glóin to the Council of Elrond. There they warn the council of Sauron's designs, and his hunt for Bilbo Baggins." This particular sculpt is from the now OOP Games Workshop 'Heroes of Helm's Deep' set. 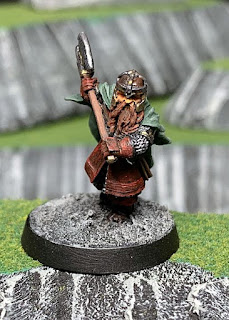 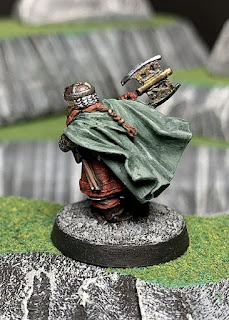 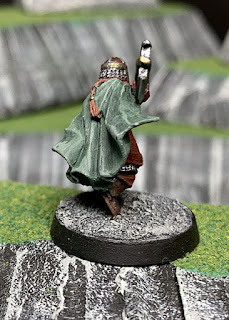 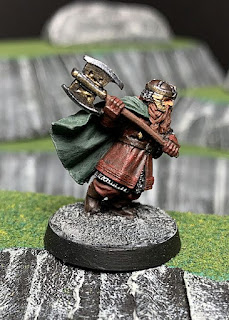 "In the Third Age, few Dwarves are prone to wanderlust, preferring the sanctuary and familiarity of their holds to the dubious pursuit of life in the wider world. Múrin and Drár are two exceptions to this rule, having travelled far and wide beyond their home. Though not blood relatives, the two are inseparable friends - though they still quarrel frequently, as one should expect of Dwarves. Both are more than willing to take their blades to Orc-flesh on behalf of those in need." The two characters are not part of the Middle-earth canon created by Tolkien, but rather a creation of Games Workshop. The inseparability of the two is emphasized by the single point value for the pair. You can't get just one of them. With the collection of packs and bedrolls they are carrying, they could also be used in other fantasy game systems like Frostgrave or Dungeons and Dragons. 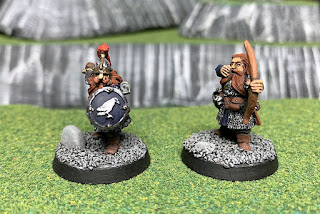 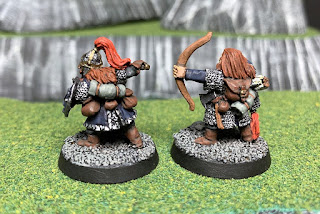 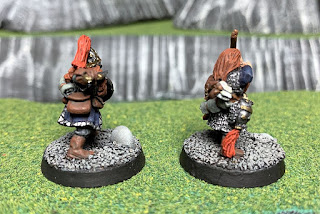 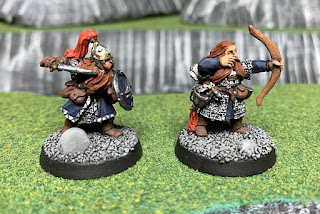 More Dwarves to hit the workbench in the next week, a full company equipped with hand axe and shield, two-handed axe, and Dwarf bow, plus some conversions to form the crew of my Zvezda ballista that I did back in December. All these will hopefully see action in the reconquest of Moria.
Until then, stay safe and healthy.
Posted by Dusty at 4:15 PM