I saw Gin's post about the Talisman Monk on the 20th Century Tabletop Miniatures FB page, so I decided to finish Citadel's Talisman Warrior as my next 2nd for the Analogue Hobbies Challenge. 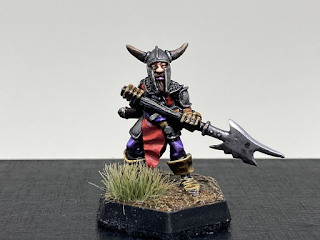 I painted several of the figures Citadel made for the Talisman board game, back in the late 1980's. Over the years I collected about 50(!) more in bare metal; they were all based on the card art, and replaced card stock standup pieces. 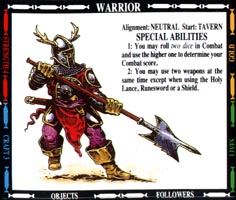 Part of the challenge was trying to somewhat match my painting style of 30+ years ago. For example, nowadays I airbrush zenithal highlights over black airbrushed primer.

Following my old techniques, with a rounded steel sculpting tool I burnished the Warrior's helmet, shoulder guards, thigh pieces, and the metal of his weapons. The face was undercoated in brown, and I brushed on black primer everywhere else, and then worked up some grey and white for highlights before painting the figure in acrylics. I used a tiny amount of oils for some details and blending, and some Abteilung Smoke oil to shadow the burnished metal parts. 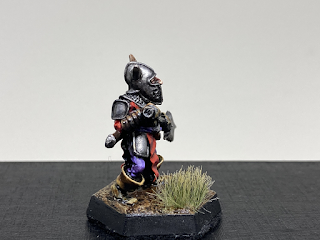 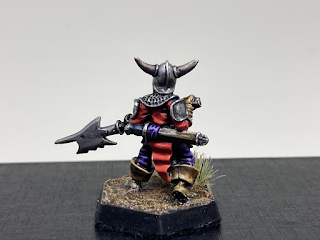 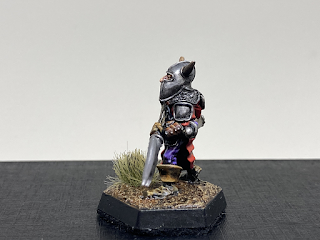 The Warrior is a colourful addition to my existing Talisman models; I should really paint more of them. 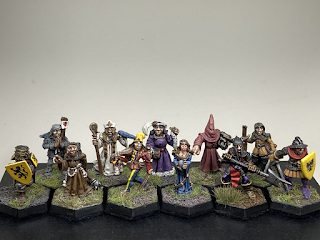 These characterful figures are also useful for solo dungeon crawls like Steve Jackson Games' re-issued The Fantasy Trip, another relic from the 1980's that has been reborn in these pandemic times. 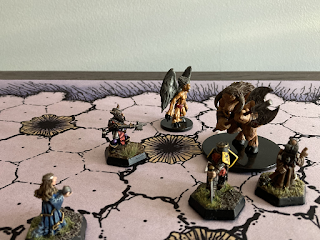 I'm still blown away by buffing the metal...for my part, when I first started painting, I just left the metal plain!