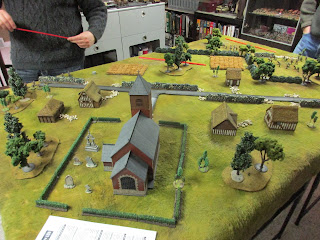 This year, in lieu of the New Year's Day game, I hosted a game just after Christmas. The impetus was a rare visit from Conscript Sean. He'd just finished a seven-year project (platoon of British paratroopers) and wanted to get them into action, so Bolt Action was a natural. 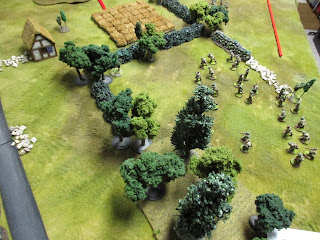 I set up some terrain and came up with a plausible-enough scenario: Brit Paras start at short table edge opposite the village, and have eight turns to get to the church, where they're supposed to link up with US armour. The German blocking forces come on from the long edges. Each side has three tanks (Shermans and Pkpfw IV(H)) which come on as reserves; the Germans on the road and the Shermans from the short edge behind the village. 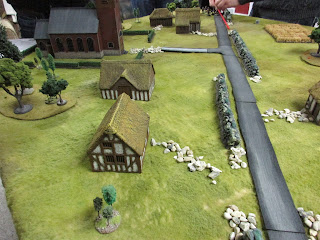 Game on as the Germans move onto the table (top of photo). 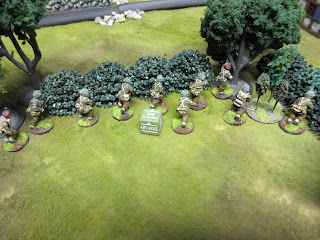 The Paras dash up to the edge of the bocage. To simulate the tough going, we ruled that bocage could only be crossed with an "Advance" order, after which a d6 is rolled. On a result of "1" the unit stops on the near side of the bocage; on a "2-5" they cross but stop on the other side; and on a "6" they move their full movement past if desired. 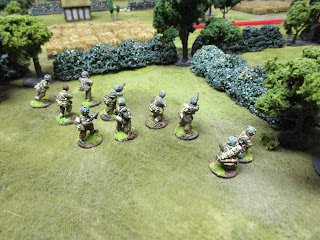 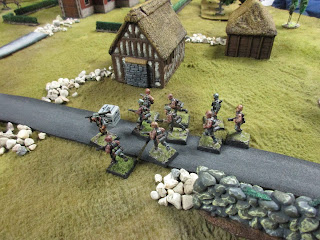 Waffen-SS infantry advance up the road, looking to head off the British. 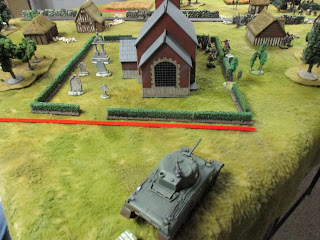 The first Sherman appears behind the village. 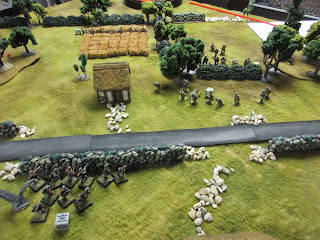 Paras break cover and dash towards the road - SS infantry in wait... 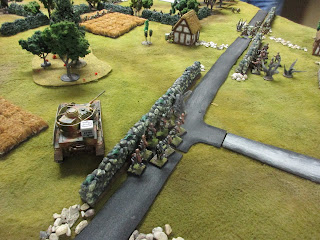 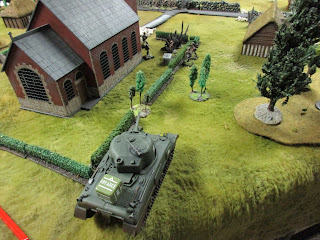 Sherman rolls up and pins down Germans lurking in the churchyard. 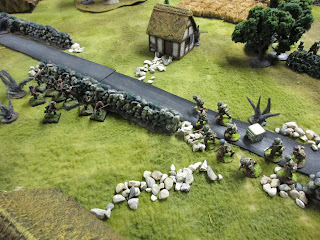 Heavy fighting breaks out in the centre between the Waffen-SS and a British section. 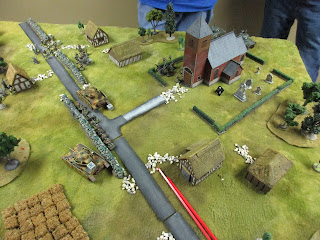 Overhead view of the action. 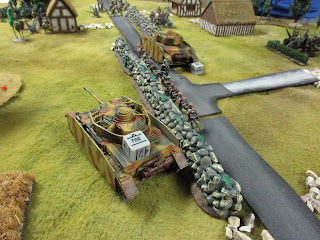 Just visible at the corner of the building at upper left are a PIAT man and his loader... these were the men of the match, doing for two German tanks. 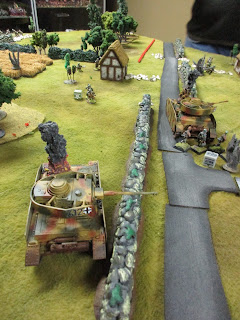 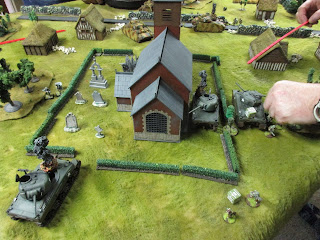 The third German tank made itself useful by lighting off some "Ronsons". 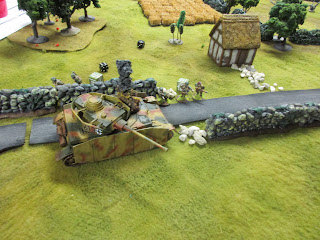 Remnants of a Para section dash past a knocked out Panzer. 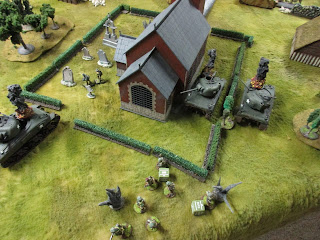 Three Shermans burning but some of the Paras survived to make it to the rendezvous.

Bolt Action seldom disappoints in an entertaining game and this one was no exception. It was great to have Sean out for a game (especially with his great looking figures) and I think the guys who made it out all had fun too. And that's what the hobby is all about!
Posted by Dallas at 6:44 PM

It was a fun game, and it was great to visit with Conscript Sean!

Men of the match for the Germans were maybe the squad in the church, who weathered fire from tanks, small arms, and a flamethrower(!), while laying down MG and rifle fire in all directions.

Looks brilliant! Sorry I missed it, I had every intention of coming, but got sidetracked and thought it was the next day! Kim asked at about 8:30pm, "Weren't you going to a game today?"..... DOH!!!!

Looks like I missed a good one, and missed seeing Sean again :-(