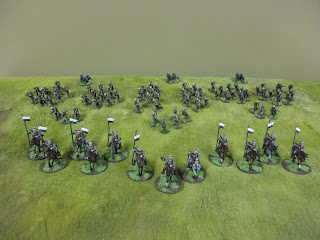 As I wrote in my recent post on my Foundry Great War British project, I've developed an obsession with the early part of the First World War to match my enthusiasm for the late war. So having finished the early-war British, it was straight into the early-war Germans to fight them. 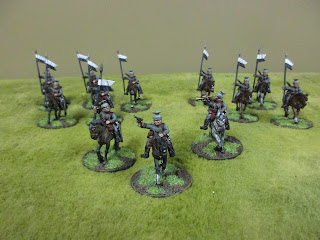 What are early-war Germans without UHLANS??? Nothing, that's what! So I had to make sure my army had a contingent of these amazing lancers, led by a purposeful looking chap wielding a C96 Mauser pistol. 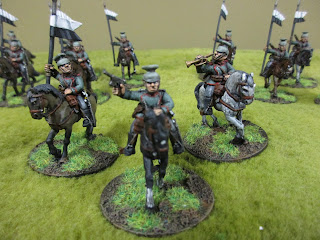 Sorry about the focus... but these models are too cool not to have a close-up. I love the musician particularly. The lances were included with the models and I painted the pennons to suit a Prussian unit. I was going to do Bavarians with their white-over-blue pennons for a pop of colour, but once I did the white it had to be Prussians. 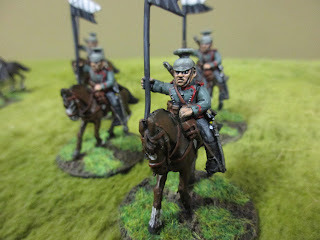 The castings were fantastic, and so detailed that I had to buck my usual style and paint eyes on them. 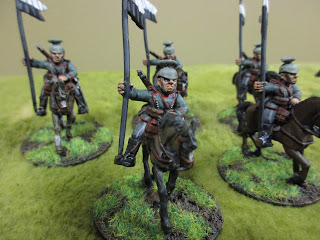 Can just see these guys riding down some BEF infantry/getting slaughtered by machinegun fire... 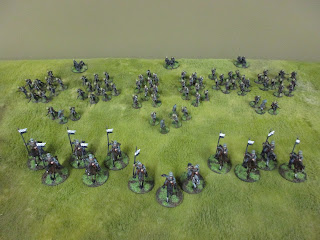 Quite a lot of models here. The contingent started off with twenty-odd models from the collection of our late friend Glenn Shott, which I augmented with about forty-five more infantry figures. The totality represents a three-company battalion under the Great War rules. 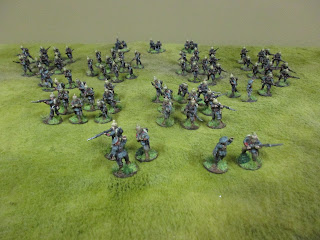 The Germans took quite a while longer to finish than the British did, just because of all the detail on the models. While the Brits' P08 webbing was all one colour and a snap to paint, the Germans' equipment was multi-coloured and took many steps. Even so, I did paint all 45 or so infantry in one batch, one colour at a time! 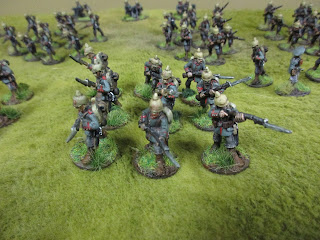 These are some of Glenn's models, I just touched them up a bit and based them. 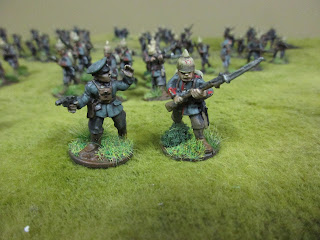 I really rate the Foundry models highly. It's just too bad that no modern figure ranges mix well with them. Modern figures are all too big and chunky. 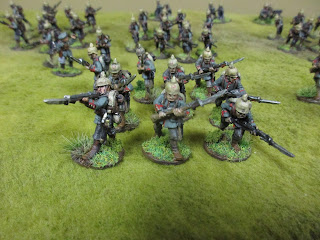 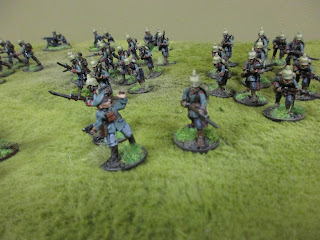 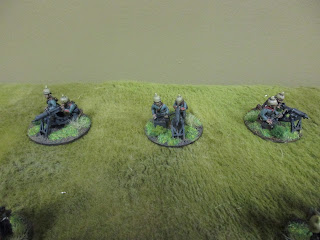 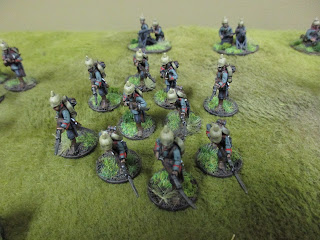 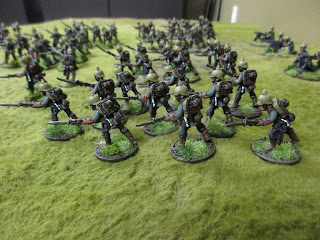 Here are some I painted. You can really get an idea of the detail in this shot. I painted the troddeln (bayonet knots) the proper colours for 1st, 2nd, and 3rd companies. 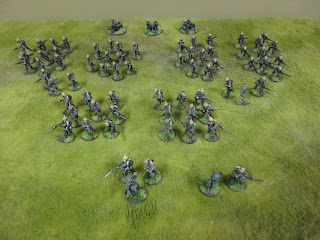 Infantry all together. These should be an adequate force for some early-war fighting where the Germans were on the attack. Of course, there needs to be lots of Germans to be targets for the famous "mad minute"... looking forward to getting these chaps out for a game soon.
Posted by Dallas at 8:45 PM

What a treat! Great castings and you've really done them proud. I love the Uhlans.

Great work Dallas - congrats on getting these fellows finished. They look great.

Stunning! As a bavarian I'd have liked to see the Uhlanen beeing painted as Bavarians bit those pesky Prussians will do ;-) No, jonestly, hreat job!

Awesome brushwork on these guys! I really rate the Foundry WW1 troops. Love them!

They look awesome Dallas! Great work, and I like all the WW1 focus lately :-)