Last Thursday I rolled out the terrain table for a small Bolt Action game. The scenario was set after a fictional German invasion of Britain, and pitted Veteran German Fallschirmjager against Inexperienced British Home Guard with some Veteran Commando backup. 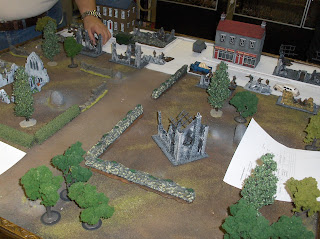 In a bit of a twist on the usual trope, the Germans were defending the outskirts of a village and the British were on the attack. The British objective was to get units into the German deployment zone or off their table edge. The Germans deployed their force (two sections of paras, HQ section, two medium machinegun teams, and a 37mm PaK gun) on the white pavement. They left a Pzkpfw 38(t) in reserve. 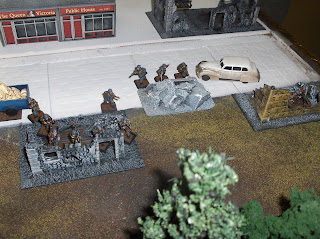 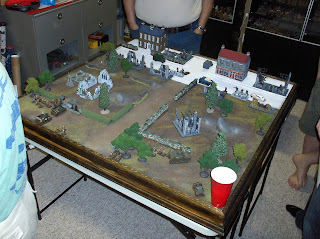 The British brought their whole force on in one wave. From bottom left to right: Home Guard section, HG Vickers team, two Universal Carriers each loaded with half of the Commando section, two-pounder AT gun, HG headquarters, another HG section, an M5 Stuart tank, and a Daimler scout car. 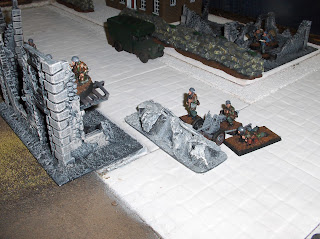 The Fallschirmjager lie in wait... 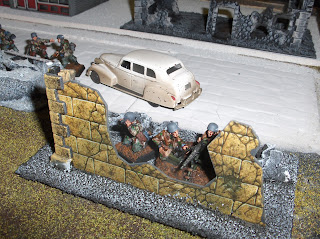 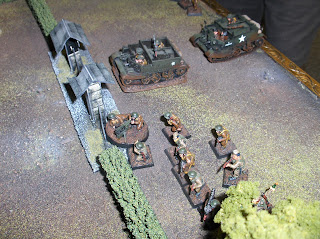 British troops advance into the churchyard. 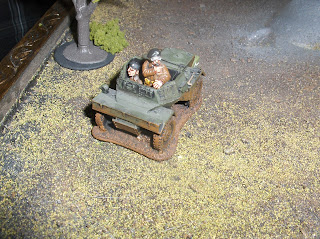 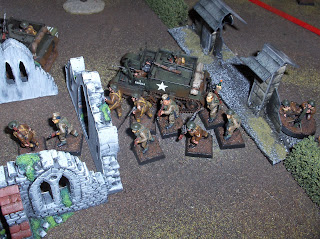 HG section enters the ruined church where they would be pinned by MG fire for most of the game. Commandos in carriers roll forward. 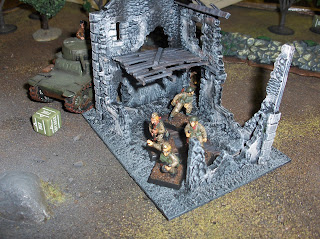 On the other flank, an HG section occupies the ruined farmhouse as tank advances. 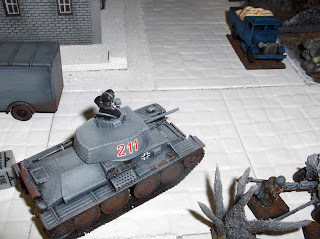 The Germans called in their armoured reserve early. 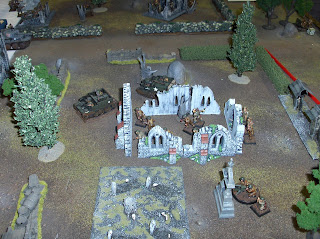 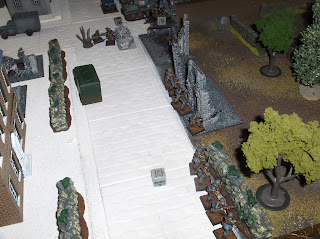 Stalwart Germans stand ready to receive the assault. MG is just visible at centre to on second floor of ruin, with order die. 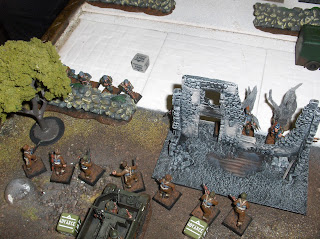 The Commandos jump out of their transports ready to assault the German defenders. It was some heavy veteran-on-veteran action but the British prevailed and the defenders were wiped out. 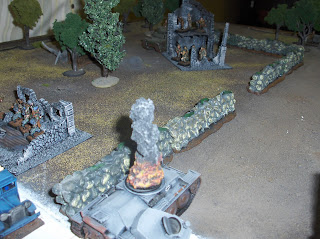 After trading a few shots with the British tank the 38(t) was knocked out. 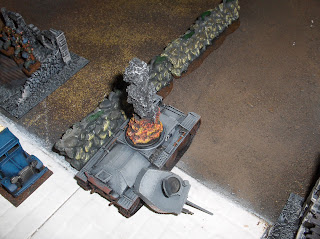 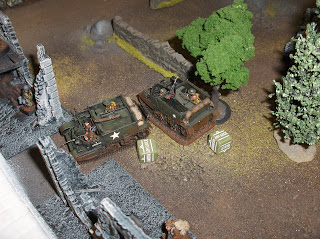 Commandos occupy the ruins (bottom) while Carriers jockey for an angle to enter the town. The German 37mm AT gun was on "Ambush" watching the gap, but the Brits had a cunning plan... 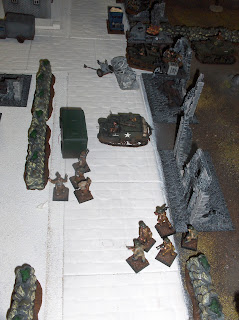 The remaining Commandos ran into the street and engaged the AT gun with fire while one Carrier outflanked it. The AT gun was destroyed and the Carriers rolled in unmolested. Remnants of HG section from the church follow up (bottom). 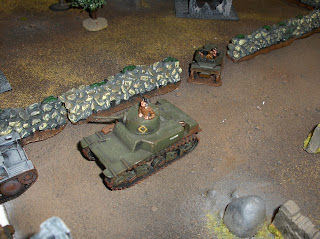 Victorious British armour rolls up the road. I generally like Bolt Action but for some reason this scenario worked out a bit one-sided (and I even remembered to apply the preliminary bombardment!)... points were balanced but maybe the dice just didn't fall for the Germans that night. Final VP tally was something like 11-2 for the British. Greg had suggested that the game might've worked better with our house "Blitzkrieg" rules and so I might set it up again later this year to test his theory. Fun game though!
Posted by Dallas at 10:31 AM