So, one of the reasons for the relative lack of posts on the blog lately is that I was out of town... WAY out of town, on the other side of the Atlantic Ocean. On 19 April we left Winnipeg bound for sunny London, England and a European holiday. Our good friend (and founding Conscript) Curt and his lovely wife Sarah were going to be in London at the same time as we would be... oh, and Salute just happened to be on as well ;-)

I'd never been to a "big" British show before, so Salute would be a bit of a first. I did attend Partizan during our last Euro-trip in 2009 but I had the feeling that Salute would be another order of magnitude entirely... and I wasn't wrong... on to the pictures... 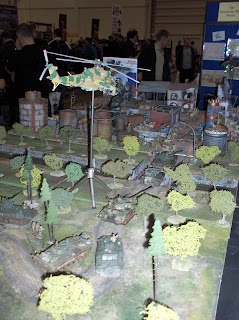 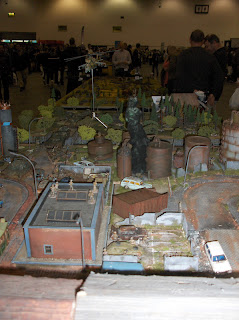 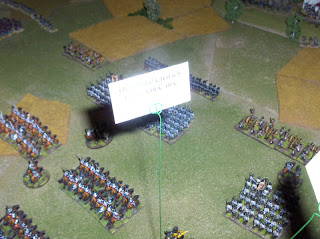 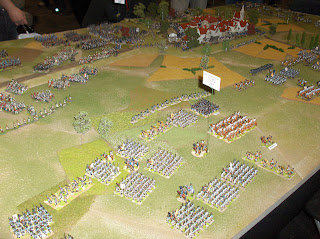 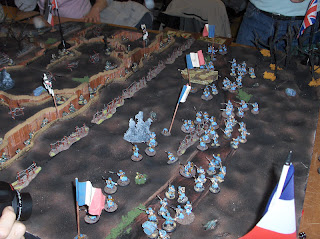 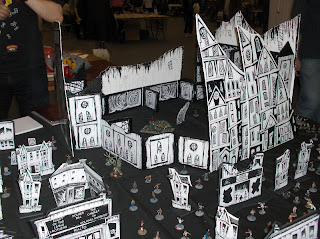 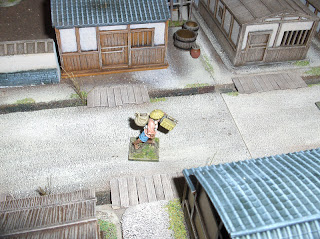 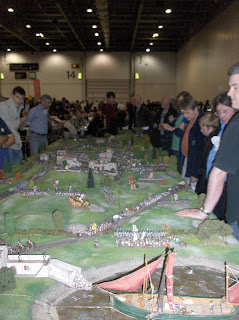 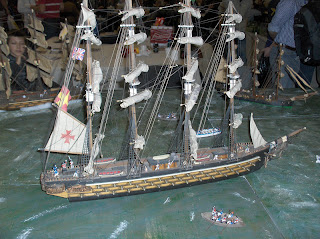 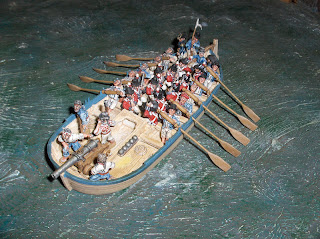 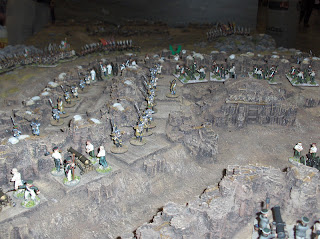 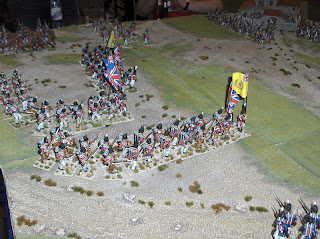 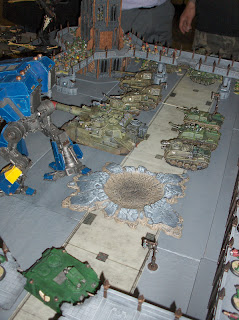 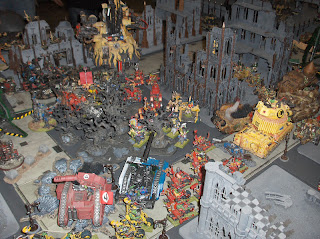 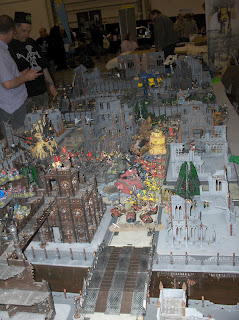 Thoughts on Salute... rather overwhelming to a provincial chap like me. Seven hours was hardly enough to see it all. Fortunately I had a shopping list with me, prepared in advance, but even then stuff got missed. Other than the amazing display games and incredible variety of retail opportunities, I think what I enjoyed most about Salute was meeting and chatting with the "celebrities" of our hobby, some of whom I am fortunate to have met on my last trip in 2009. Shouts out due to top chap (talented and prolific sculptor) Paul Hicks, Paul Sawyer of Warlord Games, Kev White of Hasslefree, Nic Robson and Rob Walter of Eureka (my wife loved the shirt, Rob - thanks again), the very cool Perry twins (especially Michael who we jawed with for a bit about reenacting and other stuff), and most impressively for me, Rick Priestley who very generously shared some of his time for a chat with a couple of guys from Canada. Plus of course meeting the superstar bloggers, "Postie's Rejects" - a great bunch of lads.

After Salute Curt and Sarah parted ways with us, heading to the south of France while we went to Germany, eventually making our way to Paris via Verdun, Arras and the Somme. Perhaps some more posts from that part of the trip soon.
Posted by Dallas at 9:43 PM

Good times indeed! Great post, Dallas. Even though the games were brilliant and the toys and treats out-of-this-world, the high point for me was meeting other bloggers and being able to chat with Rick Priestly, John Stallard and the Perry twins. Very nice chaps one and all.
-Curt

Some great pics Dallas, was nice to meet you and Curt, just a shame you couldn't make the game on Sunday, maybe next time???

Excellent pictures. Glad you enjoyed the show and it was great to meet you in person.

Great post Dallas. It was good to meet you there, along with all the other bloggers. Glad you had a good time :)

Lovely pictures and good memories again, a pleasure to meet you on the day!

Great pictures dude. I am fanboy jealous of all the folks you got to meet! And that modern game does look awesome...may be time to bring out our Hind again with the Fawcett gang...