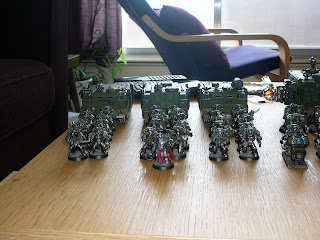 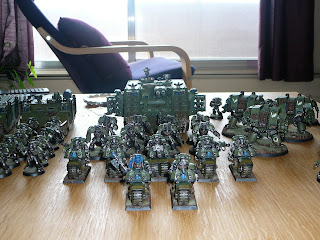 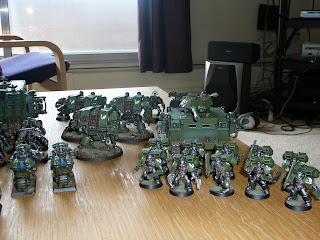 I finally got my act together and took pictures of my recent projects. The first 3 pics are of my Space Marine loyalist chapter: The Brotherhood of Steel. Anyone familiar with the Fallout games will know that they are one of the good factions in the post-apoc setting. Actually, they're about as close as your likely to get in the wasteland to a "good" faction. I say that because they're kinda @$$holes. Their mission is to preserve human progress and technology and that rarely requires the preservation of any human. Humans are replaceable, a plasma gun isn't. I think that fits perfectly with Imperial ideology. 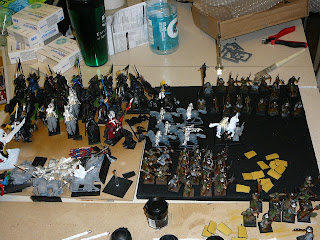 My current project is my Bretonnian Army. I've had this since 2005 and logically kept it in a bin since then. I only ever opened said bin to scavenge bases for some modern stuff. With 8th edition on the way, I decided to get these guys ready. The peasants are on the block first. 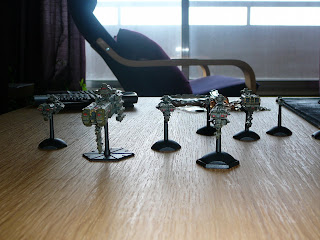 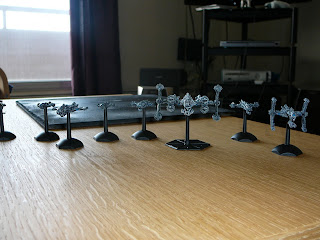 As a distraction I quickly did up some GZG ships. The top one are New Swabian and the bottom are New Israel.
Posted by MFraser at 8:57 PM

Looks great dude - when did you get the GZG ships?

I think it was back in March.