Now is the time on Sprockets where we attack 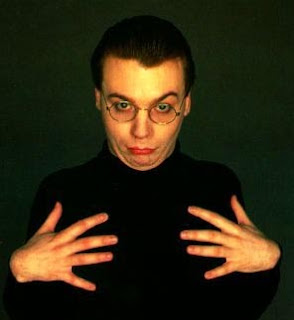 Last week the Conscripts assembled at Dallas' place for some 6mm WW3 action. The setting was an imaginary Soviet offensive into northern West Germany in 1988. The scenario imagined an ambitious West German commander (pictured above), tired of retreating, unleashing a counter-attack in the hopes of trapping the Warsaw Pact spearheads driving on Bremen. Dallas and Cam rolled with the West Germans while Bill and new conscript Chris took command of the commies. 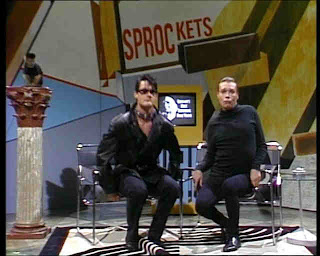 German commanders discuss the strategy for the counter attack.

The scenario featured a West German Panzer Grenadier Brigade - two battalions of grenadies in Marder 1A3s, and a battalion of Leopard IIs - trying to knock out some second echelon Soviet motor rifle units - two battalions in BTR-70s, one battalion of T-72M1s, and an attached company of heavy 125mm anti tank guns.

The Russians also had the option of recalling unis from the spearhead, which had already moved off the western edge of the table, but doing so would bring the wrath of the Soviet Marshals, so the Russian commanders were undestandably reluctant to stop the music.

The main objective was posession of a two extra-large "town" sectors. Normally in Spearhead, the town sectors can hold not much more than a company. This was a relatively built up area, so the sectors could hold an entire battalion and more. Whoever held posession of the town sectors at the end of 12 turns would be the winner. 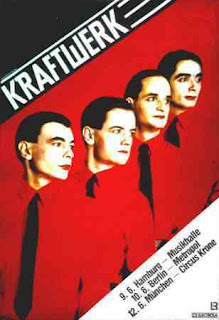 Who could possibly defeat people that spawned Kraftwerk?

Bill and Chris opted for an ultra-defensive approach. One MR battalion was placed in each sector. The anti-tank guns were dug into a rail-yard on the outskirts of the town, and the T-72s took position in a farm field just past the 'burbs.

Dallas and Cam made a very straight-forward advance on the city. Chris made some ace rolls with the anti-tank guns. The decidely unglamorous weapons knocked out several platoons of Leopard II tanks, while Bill engaged the NATO armour with his T-72s very cautiously, losing some platoons to fire from the Leopards, but not enough to cause any morale problems, and knocking out some NATO tanks in exchange.

Dallas advanced two Panzer Grenadier battalions toward the city, and after losing some units to missiles and an enterprising platoon of T-72s which had moved ahead to engage from the flank (Marder 1A3 vs. 125mm AT gun...not pretty), flung his grenadiers in for some fun town-sector fighting against Chris' MR battalion.

The assault was....how does one say it? Ah yes - a perfect success. Poor Chris had some bad luck with the dice, and Dallas rolled Vegas levels, ensuring the brutal destruction of the motor rifles. In the next turn, Dallas piled his second battalion into the sector, while Bill counter-attacked with the second motor rifle battalion. This attacked caused some casaulties on the West Germans, but it was not enough. The Soviet battalion commander and regimental commander were both killed, and the second battalion routed. 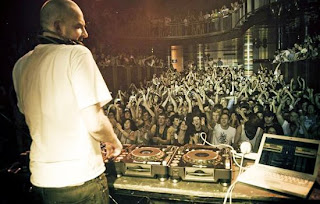 Panzer Grenadiers celebrate at a de-briefing.

In the end, a perfect victory for the West Germans! Let the raves begin! After the game we speculated that perhaps that lead battalion of grenadiers was composed of the West German national kick-boxing/UFC/karate/hobby shooting/fun-with-missiles team. Thanks to everyone for coming out and to Dallas for hosting. I pestered Dallas to take some pictures (as usual) so hopefully he will post them to the blog when he has a moment.
Posted by Greg B at 9:14 AM