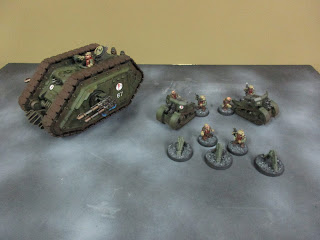 Escalation continues in the vintage-Squat project, with a vehicle and some support weapons. The Land Raider Proteus is the new GW "Horus Heresy" kit, which itself is a throwback to the old old Land Raider. The not-Thudd Guns are 3D prints (the Renault Pattern support weapon carrier) printed for me by Conscript Byron of Northern Lights Terrain, and their crews are from Wereweevil Miniatures. 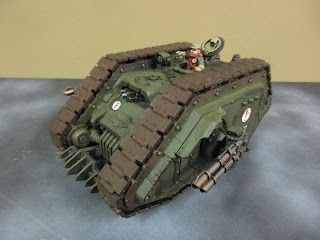 First off, the Land Raider Proteus. The new kit from GW is amazing. A great throwback to the original Land Raider, but with modern detailing and tooling. Pretty easy to assemble and looks fantastic! 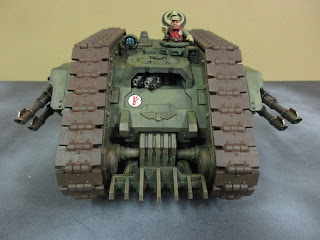 I assembled the model as the "non-transport" variant with the twin heavy bolters. All variants come with twin sponson lascannons, of course. 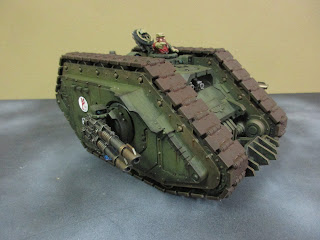 The model was painted with GW Castellan Green and Deathworld Forest, then washed with watered-down Agrax Earthshade. It was lightly weathered with sponge chipping and dirt drybrushing, starting with dark brown and working lighter. The tracks were basecoated with a Vallejo "track base" colour, then painted with a rust powder and water mix, washed with Agrax Earthshade. Rust streaks were done with a fine brush and a mix of Reikland Fleshshade and old Chestnut Brown ink. 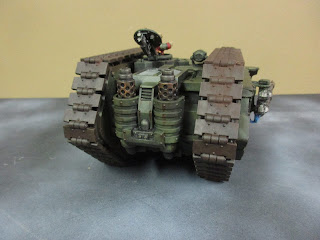 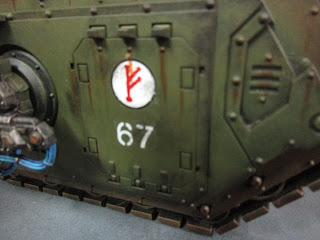 I used some tac numbers from the standard GW vehicle set and the Imperial Fists roundel from the Land Raider sheet. I cut out the "fist" from the middle and painted the inside white. It worked OK and meant I didn't have to try and freehand a circle. The insignia itself is the "F-rune" and is a nod to the original Space Dwarf/Squats box set. 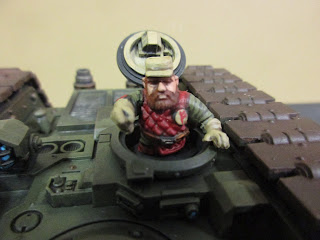 Here's the vehicle commander! He's made from a plastic Squat torso with some conversion work on the arms and hands. He just sits in the hatchway. 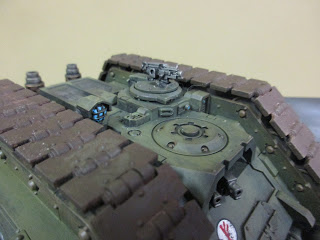 I drilled out the hinge and inserted a very fine piece of wire, so the hatch can be opened and closed. I do have some concerns about the long-term viability of this solution though... 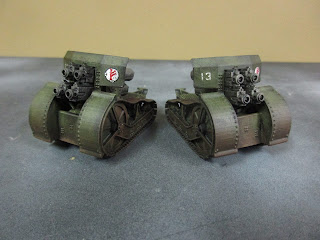 Next up are the not-Thudd Guns! I found the STL for these as I was looking for 3D print files, as the original Thudd Guns are $$$$$$ if you can even find them. I think they turned out pretty well. 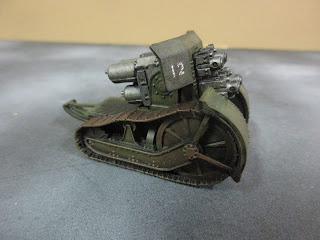 they're suitably industrial-looking for sure. 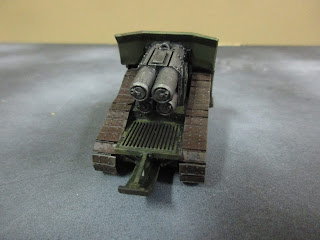 The gun breaches and crew platform. 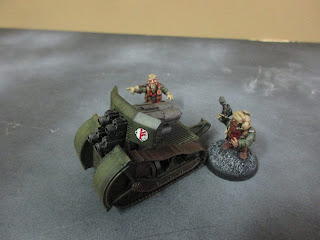 Now with crew. These models are from Wereweevil and come with a not-Termite launcher - basically a mortar that shoots a shell through the ground instead of through the air. 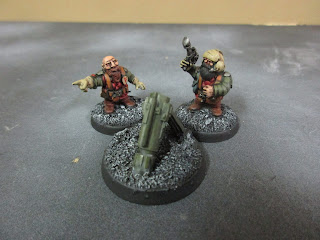 Here they are as produced by Wereweevil. 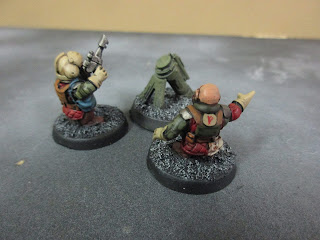 The backs of the models. These figures are actually really nice and as you can tell, fit in well with the old-school Squats from GW.

So that's some important Squat support troops done - now I have to get to the command section and some more bikes!

That land raider and thudd guns look awesome! I love the oil streaks on the hull! Great job!

The brushwork is excellent, and this project is great fun. The Orks are going to have some issues dealing with this lot!

Very nice, a real old school feel to these guys. I still have my original Third Gun around somewhere and that one nicely captures the feel of the original without trying to be a carbon copy